Since we were around the ‘hood, we included a trip to Hershey … Hershey, Pennsylvania. Hershey is the home of Hershey. It is also known as “The Sweetest Place on Earth”. 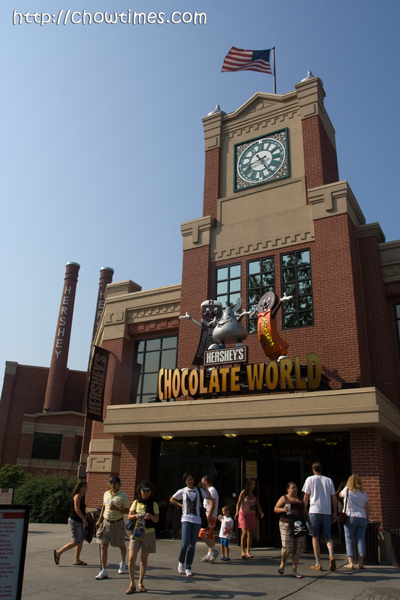 Hershey, Pennsylvania was not always known as Hershey. It has another name (can’t remember) but was renamed as Hershey when the town became well known for the chocolate it makes. 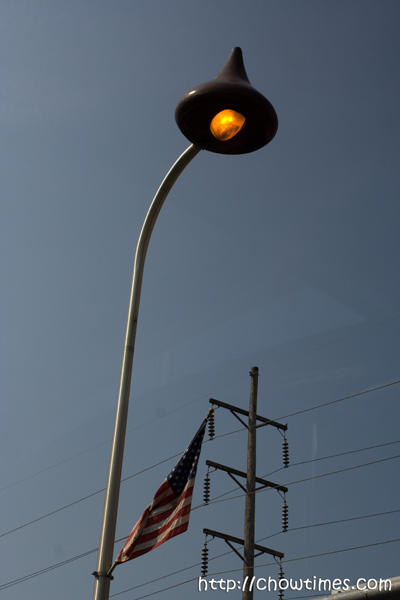 Everywhere you go, you see the name Hershey. There is always something named after Hershey, ad nauseum. There are stadiums, library, homes, schools, parks, and what nots all named after Hershey. Even the street lamps are in the form of Hershey Kisses! Some of the street lamps are wrapped Kisses, while some are unwrapped like the one you see above. 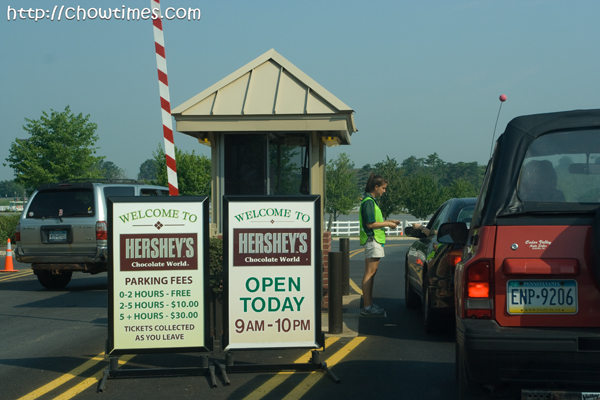 Tourism is as big as chocolates here in Hershey. There were unbelievable number of people who visits Hershey everyday. I am quite surprised. The infrastructure (road, car parks, etc) they have around the Hershey’s Chocolate World rivals that of Disneyland (but of course not as many visitors). 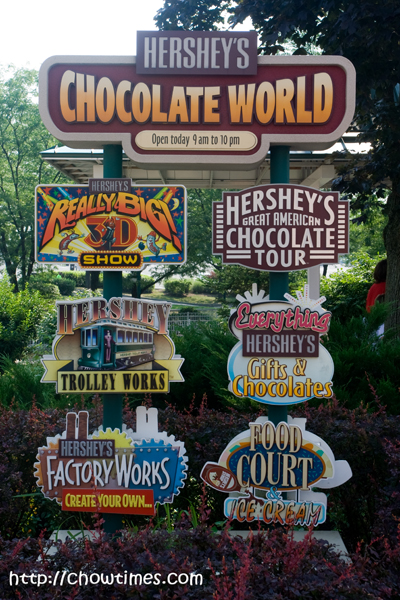 Our first stop is at the Heyshey’s Chocolate World. They have a number of attractions and from a glance they looked quite interesting but frankly, we were quite disappointed. Clearly, the attractions are geared towards the kids below the age of ten. I know our boys, now barely into their teens, would have been bored to death here. 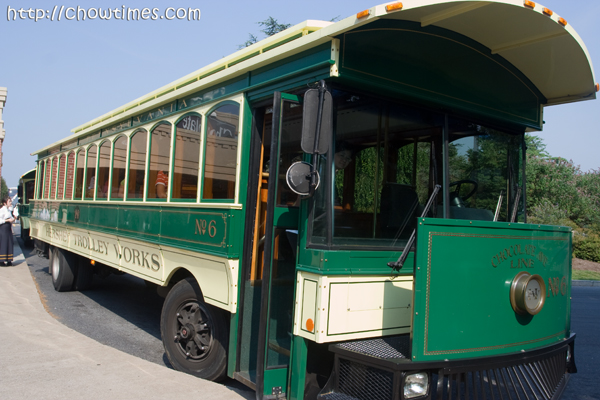 We booked ourselves a Trolley Tour which took us around the Hershey town. I really got bored barely five minutes into the tour. It’s like every other sentence they uttered the word “Hershey” in it. I think they oversold the Hershey name. The only best part is when they passed around sample of Hershey Kisses. 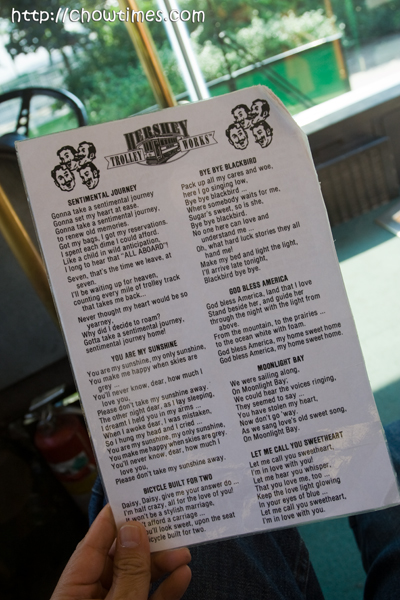 Believe it or not, they made everyone do a singalong on the trolley tour. Gosh … You are my sunshine? Bicycle built for two? 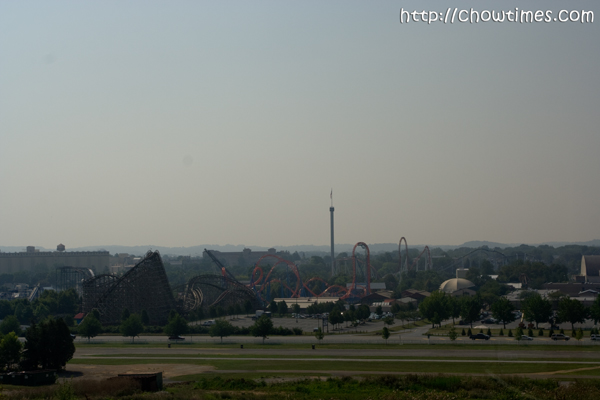 At least they have a theme park with some wild looking rides. We only got to see it from the outside. That will appeal to my boys. 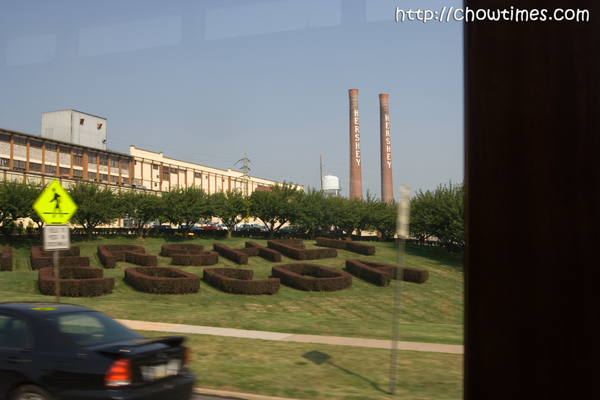 They brought us around to see the chocolate factory, again from the outside. This is reputed touted as the largest chocolate factory in the world. They don’t conduct factory tours here anymore, to our disappointment. 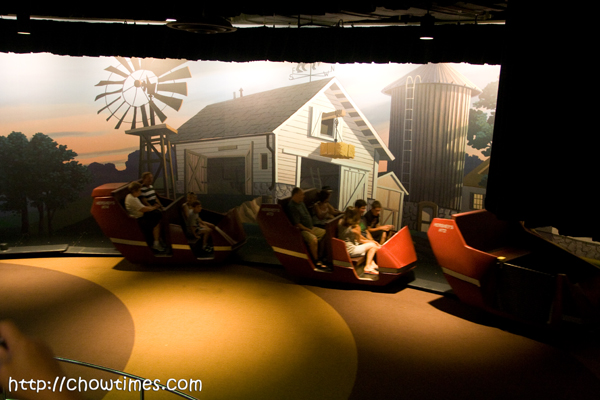 Instead, we had to ride the kiddie rides which brought us round to see singing cows and childish fake manufacturing line. 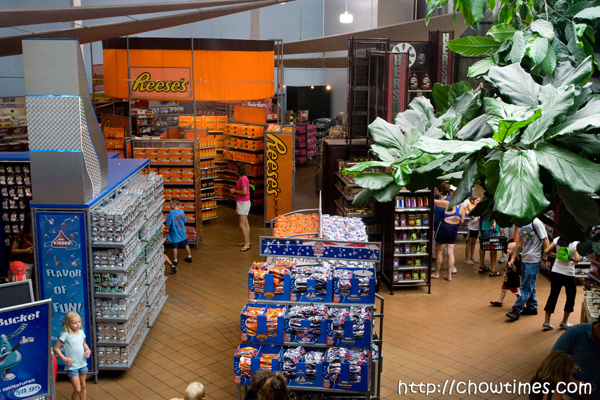 Do you know which is Hershey’s top selling brands? It’s Kisses, Reese’s and of course the Hershey Bar. 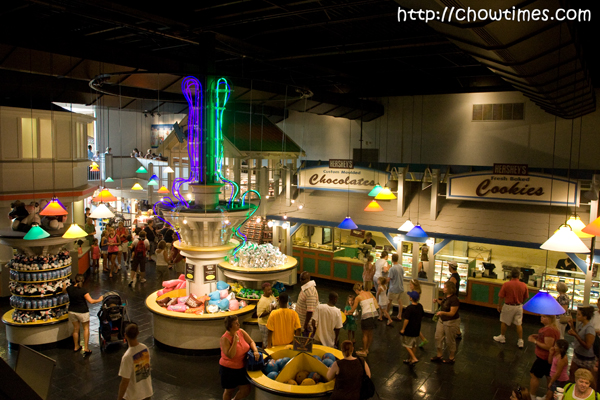 At least we have been there. I think Hershey Chocolate World is over-rated. We could not resist getting some chocolates though … but they melted in the car by the time we got to Philadelphia.

Alrighty … am going to take a breather on this travel series and move on to restaurant reviews starting tomorrow. (Was that claps I hear now?) 🙂