Some of you might remember that I did a post on a place called Bool Chul Pan about 3 months ago. This restaurant was introduced to us by Joyce and Jeff. We would not have found this place on our own as Richmond is so far away from Coquitlam. For some reason that post on Bool Chul Pan generated a lot of hits. As a matter of fact it is the #2 most viewed restaurant post for the past 4 months.

Anyway, Suanne and I went to Joyce and Jeff’s place to borrow a GPS from them a couple of weeks ago. Ours was stolen when some idiot broke into our car and took that one thing away. Even though the GPS is in the glove compartment, I think the thief knew that we had a GPS because of the suction cup marks on the dashboard … that is why I think only my car was broken into but not others around mine. 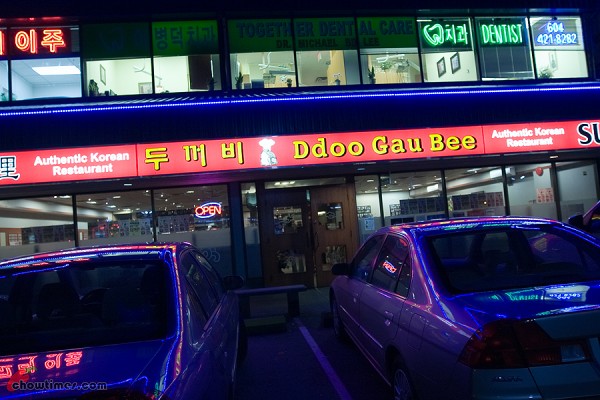 After picking up the GPS, Suanne and I went to the restaurant next to Bool Chul Pan. This is the Korean Mall on 4501 North Road.

That restaurant is Ddoo Gau Bee. I find that name catchy, especially the “Ddoo” part. Do you pronounce that as “doooo” or “dedooo”? 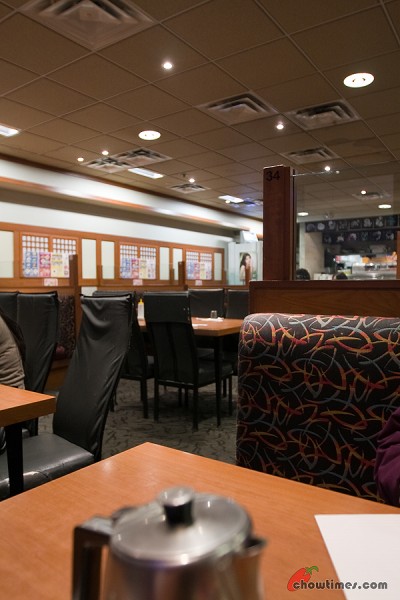 The sign outside declared that they are an Authentic Korean Restaurant. They sure are.

The moment we walked in, they greeted us warmly. Unlike most restaurants they will simply ask things like “table for two?” but here the waitress said a lot of things in Korean with her head slightly bowed. Of course we did not understand Korean but it sure was welcoming.

We noticed that most of the customers are Korean. Can you tell a Korean by the facial features? I think I can differentiate a Korean from a Chinese and Japanese. 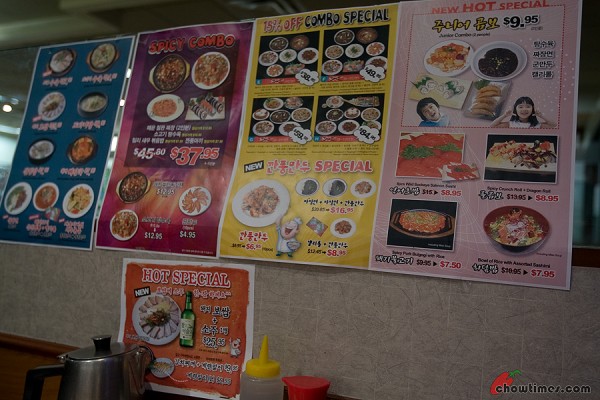 Most of everything in their menu is in Korean. Their specials and combos are on posters pasted on the wall on most tables. The pictures were useful since we are not very familiar with Korean food.

They do have a lot of combos which are meant for groups. And they are pretty cheap too considering the amount of food and the number of people it is meant to feed. I always had the impression that Korean cuisine are expensive but Bool Chul Pan and Ddoo Gau Bee really changed my perception. 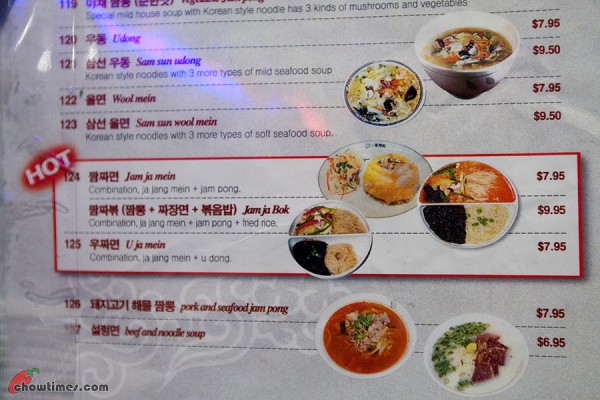 It took us a while before we decided what we wanted. The waitress came by three times asking if we were ready to order. We tried to ask her questions the first time but communication in English was a bit difficult as she was not able to quite understand the questions we had for her.

Anyway, at the end, we decided to get that item on the menu that is circled and marked “HOT”. Between the three combinations, we ordered the one that has the most items. It is the $9.95 combo you see above. 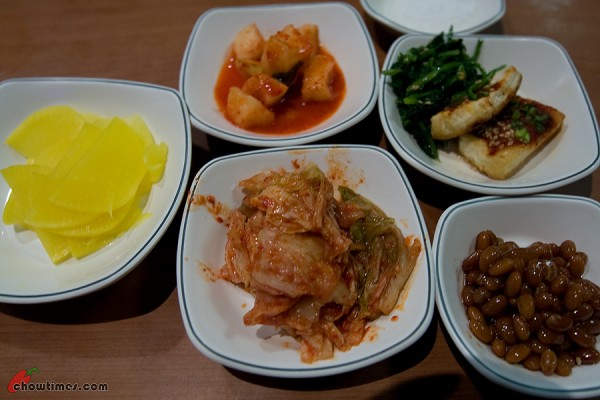 All Korean restaurants will serve free Banchans with every meal. These are small side dishes which generally are made up of several types of spicy, salty or tangy dishes. What I don’t know is this … are these meant to be eaten like an appy or is this an accompaniment for the entire meal?

Sorry if I touch a raw nerve with this point here. I heard that in Korea, it is common practice in restaurants to re-cycle banchans that are leftover. Is that true? I hope it is not. Anyway, we don’t think about these things so much and trust the Korean restaurants in Vancouver do not do this sort of things.

Of the five Banchans we were served, we love the pickled radish (yellowish on the left) the most. The tofu and spinach (top right) is pretty good too. 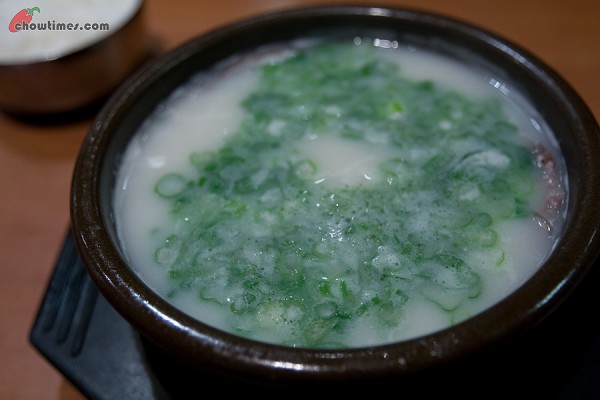 We gotta have Beef Broth Soup. This one is $8. If I am not mistaken, this milky white broth is made by simmering beef bones by about 10 hours to create the rich broth.

Actually the broth is quite tasteless. That is why they gave us a large side dish of salt to flavour it. 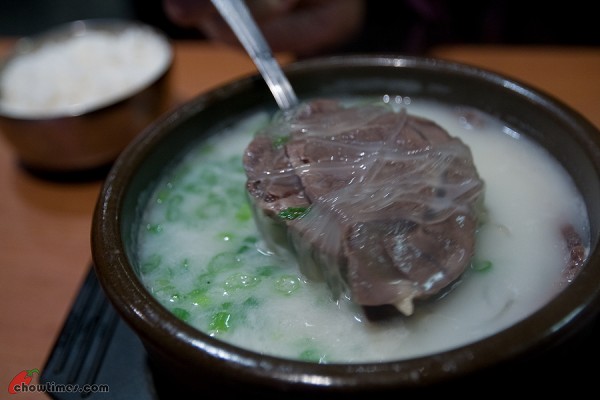 Under the rich broth is big pieces of tender beef and vermicelli. To me, this is like Korea’s answer to the Japanese Ramen. Love it. 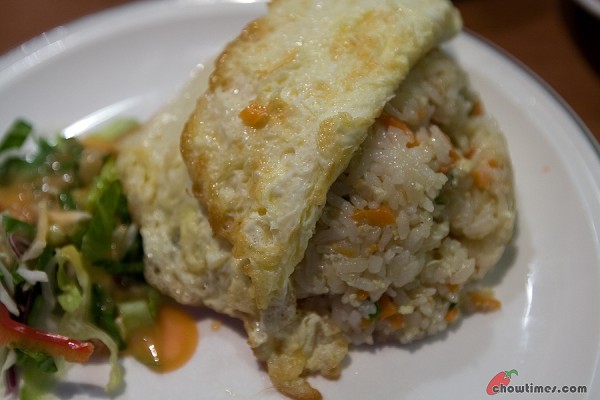 … Fried Rice which is topped with a fried egg. This has a side of salad. It is awesome, moist and flavourful. Not only that. We also have … 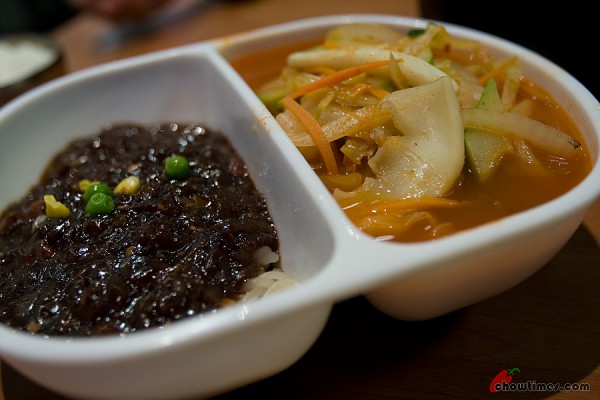 … two noodles. One dry and the other in soup. This is the first time I came across a split bowl like this. I think it is a fun idea. We had always had either dry noodles or soup noodles but serving it this way is brilliant. Maybe it is common in Korea but I was quite impressed. Koreans sure know how to inject fun to their eating.

On the right is called Jam Pong which is a Korean Style Hot Spicy Vegetable Soup. It is full with squid and prawns too. By itself, it is very good.

And then on the left is the Ja Jang Mien which I thought is the Korean take on the Chinese Jajang Mien. This one has lots of onions and tastes lightly sweetish. In many sense it tastes a lot like French Onion Soup except that it is thicker and served on noodles.

We enjoyed this combo a lot, especially when it is just $10! 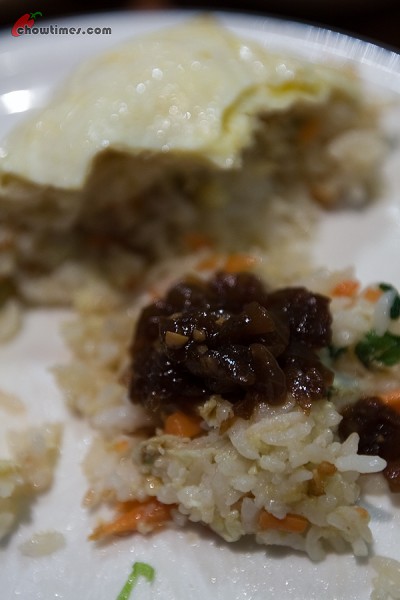 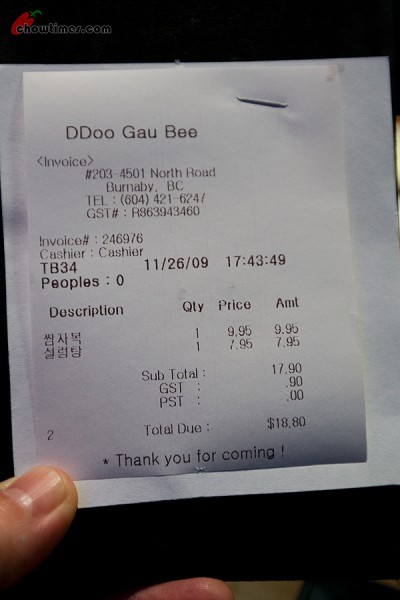 Here is their menu: 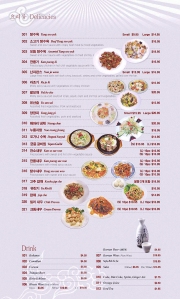 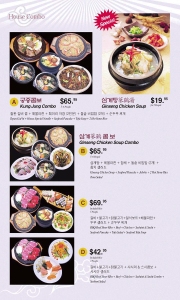 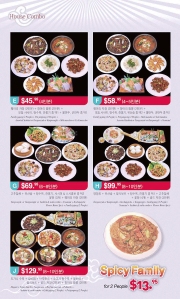 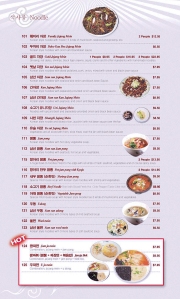 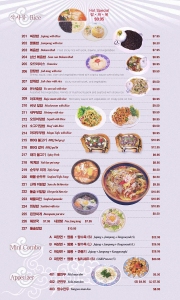 New Lao Shan Dong Restaurant — The One Restaurant on Kingsway Near Intersection with Imperial, Burnaby