It was just a struggle juggling between work, the Olympics and chowtimes. I am intense when coming to doing work. I expect nothing short of the best I can give in everything I do.

I came to the realization that I cannot do everything. I need to prioritize what is important and what is urgent … something got to give.

Sorry guys … chowtimes.com got to give way to the Vancouver 2010 Olympics. LOL!  So, you will see lighter chowtimes postings from next week. It is time to play.

I took a day off work this week to go enjoy the Olympics. We went to watch a Men’s Hockey game (Sweden vs Belarus). Sorry no pictures because I left the camera elsewhere because I was not sure if they would allow long lens into the stadium. It is one of minor hockey games and so the stadium was not particularly packed. I can imagine the electricity in the stadium had this been a Canada game.

After the game, we roamed the area around Robson Square. We had never seen such festivities in Vancouver before. Everyone was so friendly and cheerful.

The lines were horrendous everywhere. With so many things happening at the same time, there is no way one could see everything. Half the fun was just being there. Sigh, I wish I had the luxury of just taking two weeks off work and be at all these venues everyday.

We caught a few shows but generally just people watching. The weather was just wonderful — bad for the ski hills but certainly the best one could hope for a winter Olympics. At the rate the weather is going, this is going to be one heck of an Olympics.

Suanne does not want to wait in line for hours for ANYTHING at all. Even the line to get into the Olympics superstore is unbelievably long and the people are all do cheerfully and patiently waiting in line. We were saying to ourselves that if we were forced to wait so long, we would also be caught up with spending hundreds of dollars for the Olympics merchandise. Boy, The Bay is making a killing during the Olympics.

We only got the Vancouver 2010 mittens from elsewhere. They are a must have item and perhaps the cheapest at $10 only.

These mittens are a brilliant image of Canada broadcasted throughout the world. You just gotta have them. They are easier to get these days. At one point when the stock ran out, people were selling this on eBay at a wildly inflated price.

We had dinner at Denman. We could see now what the news reports mean that business is down.

Everyone is converging to the area around Robson Square and only parts of Robson street. Further down the road at Robson and Denman it was really quiet for a Friday night that it felt weird. You can even get street parking easily here.

We felt bad for the businesses. But if you want to have a dinner around that area, this is the best time to go as it is not packed at all. 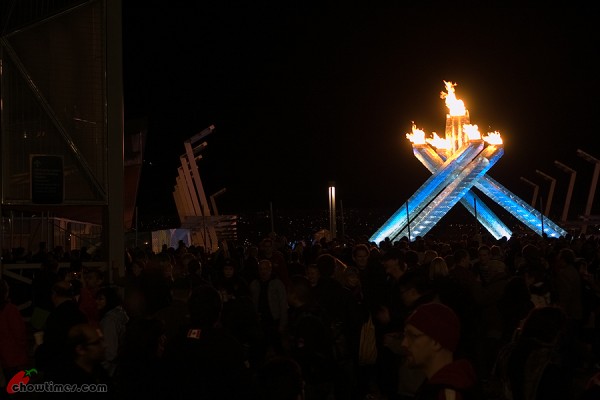 I had no idea how popular the Olympic flames were. Hoards of people … all cheerful despite all the jostling and all. It would have been brilliant if the chainlink fence were not there but we all know why they are there.

I hope the flames will continue to burn even after the Olympics as a lasting legacy for the city.

If you had not been out to the city for the games, drop all your plans this weekend. Go and enjoy the Olympics while it is still here.

My friend at work sent me another series of interesting food related picture that I want to share with you. 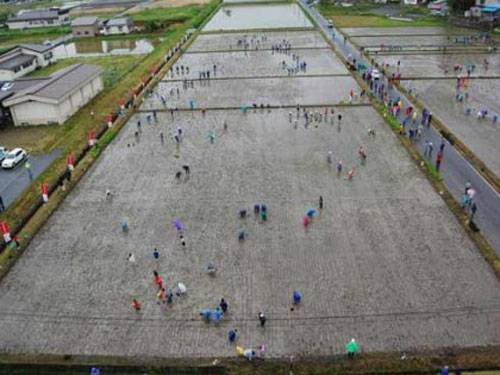 Look ordinary enough, but watch as the rice grows… 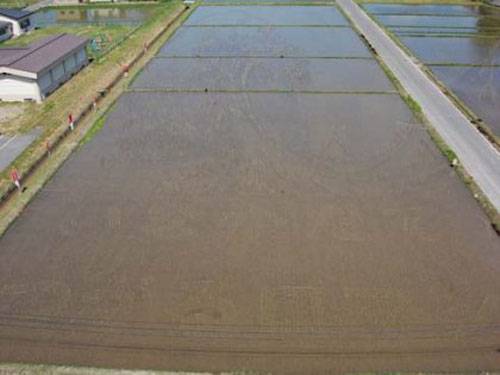 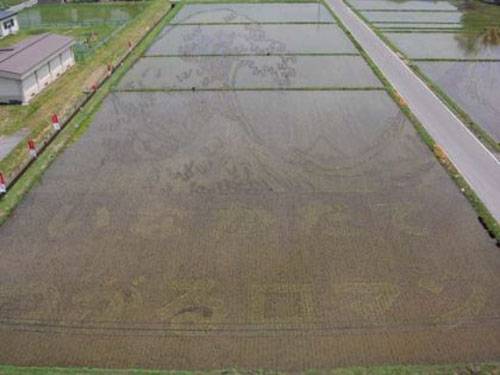 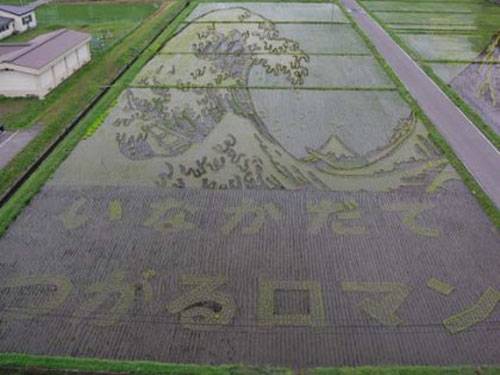 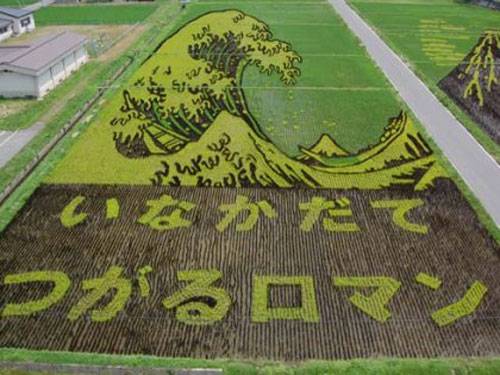 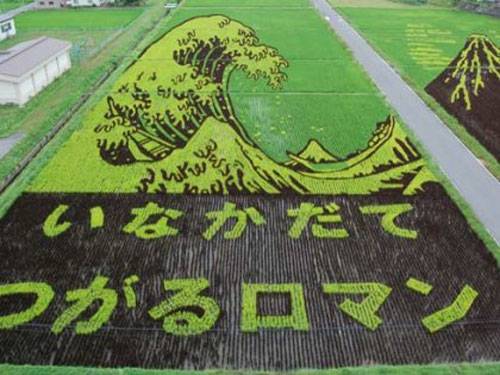 Stunning crop art has sprung up across rice fields in Japan, but this is no alien creation…

Farmers creating the huge displays use no ink or dye. Instead, different colour rice plants have been precisely and strategically arranged and grown in the  paddy fields.

A Sengoku warrior on horseback has been created from hundreds of thousands of rice plants in Inakadate, Japan. 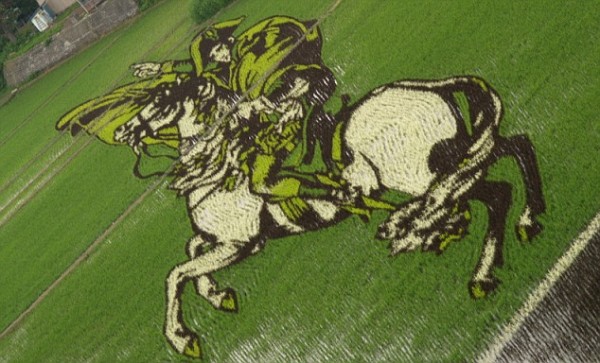 Napoleon on horseback can be seen from the skies.

Fictional warrior Naoe Kanetsugu and his wife, Osen, whose lives are featured on the television series ‘Tenchijin’ appear in fields of Yonezawa in the Yamagata prefecture of Japan.

Smaller works of ‘crop-art’ can be seen in other rice-farming areas of Japan such as this image of Doraemon and deer dancers.

From ground level the designs are invisible.

Closer to the image, the careful placement of the thousands  of rice plants in the paddy fields can be seen. Rice-paddy art was started there in 1993 as a local revitalization project, an idea that grew from meetings of the village committees.

Weekend Musings: My Name Is Ben And I Am a Stats Junkie …