This week, I will just provide a quick update on the big event that is happening next weekend.

The 8GTCC Jiangsu dinner is scheduled for Saturday, May 15th. The response was rather good and will surpass the number of people in the 8GTCC Hunan dinner. Up to this point, we have 66 names confirmed.

There will be about 19 dishes in all. I am seriously worried that this is going to be too much food but hey, we are trusting the guidance of Dylan who planned the evening for us. Dylan is passionate about having all the dishes he picked. I guess everyone who had signed up for the dinner will need to skip breakfast and lunch that day.

We are going to continue to accept requests until Monday, May 10th. So if you like to attend, please send an email to suanne@chowtimes.com. More info about the dinner is found here.

I am over extended already. So am going to kill off the … Extreme Dim Sum event unless someone volunteers to help me scour for a location and menu. Any takers?

But … last week, I had a discussion with a restaurant who is willing to host a Ramen event. The restaurant wants to introduce a new menu and thought it would be good to gather foodies for a tasting. The restaurant wants to use an event like this to gather feedback. They had provided me a proposed menu which was interesting. Since this will be an exclusive event and we have the entire restaurant to ourselves, there will be some learnings thrown in too. The event will only require a token payment and is scheduled in late May. I can only provide more details on a later date.

Following the ramen event will be the coffee tasting. Oh yeah, this had not been forgotten. With so many things on, we had decided to push this event back to early next month.

Is this even real? I had a tough time believing this. But from the write-up it appears real and it is even edible. Anyway, here is what I received via email last week:

How would you like to find this on the side of your trash can, or anywhere!

Our friends in Australia sent us a picture of a Coconut Crab.   This is pretty interesting. Coconut  Crab (Birgus  latro) is the largest terrestrial arthropod in the world. It is  known for its ability to crack coconuts with its strong pincers in order to eat the contents. It is sometimes called the robber crab because some coconut  crabs are rumored to steal shiny items such as pots and silverware from houses and tents

The second  photo gives you a good idea of how large these crabs are – a coconut crab is seeking food from a black trashcan. 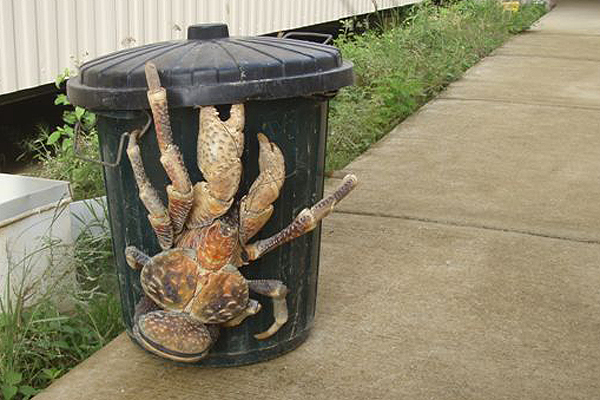 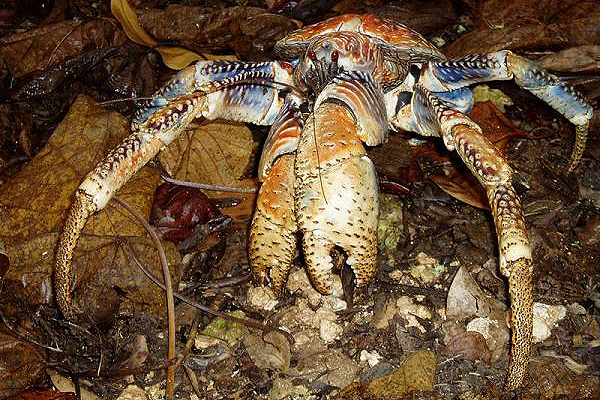 The coconut crab is a large edible land crab related to the hermit crab, and are found in the tropical Indian and Pacific Oceans.

They eat coconuts for a living! How would you like to be on an island and come across a crab that is more than 3 feet from head to tail and weighs up to 40 pounds, with a pair of large pincers strong enough to open coconuts!

They can climb trees too, but they only eat coconuts that have already fallen to the ground. Coconut crab meat has been considered a local delicacy.

That’s it for the week. I hope you have a great weekend and as always … eat well.