Grant Park is a whole swath of land the size of twelve city blocks. This park is to Chicago what Central Park is to New York City and Stanley Park to Vancouver. 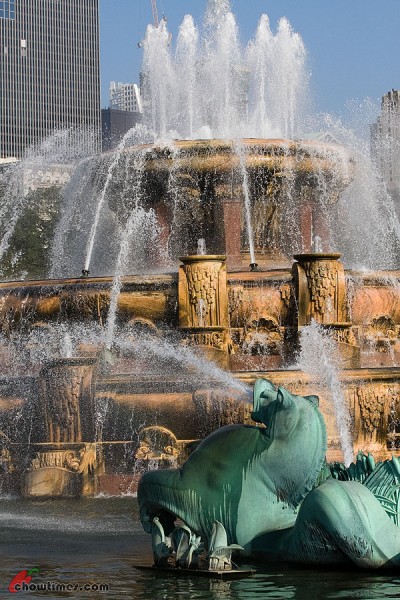 Bandwidth warning … you may click on the stitched panoramic picture of the Buckingham Fountain above to view it in full size.

There is really nothing much to do here but still it is a place where every tourist should visit. 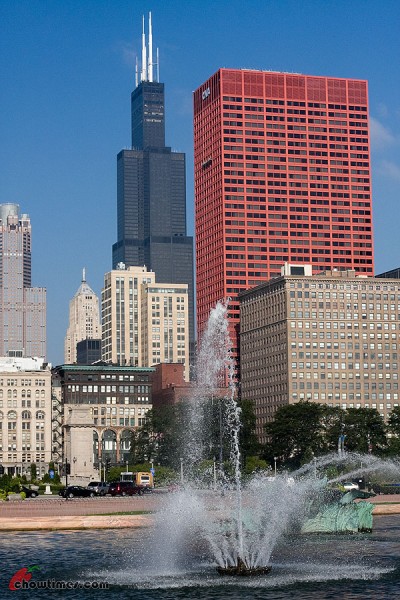 It is because it is from here you can get the best photo of the Sears Tower, now known as the Willis Tower. The Sears Tower was the tallest building in the world when it was constructed in the 1970s.

Today, the Willis Tower is still the tallest building in the USA. Worldwide, this building had long been surpassed by many other buildings in Asia. 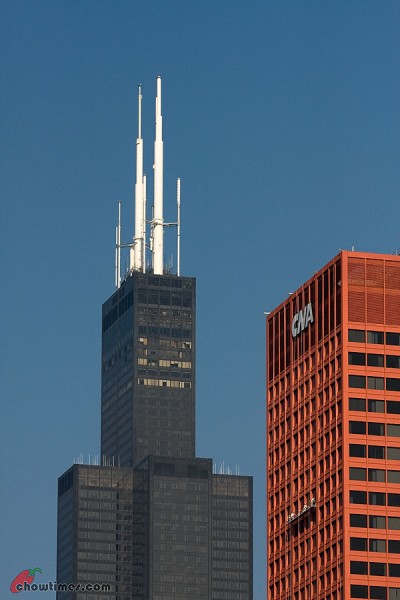 There is a body who determines the world tallest. It is called the Council on Tall Buildings and Urban Habitat. When the antennas was installed, the body said to Sears Tower … wait a minute, the antennas does not count at all! Of course Sears Tower argued that the “antennas” on the Petronas Twin should also not count too.

Unfortunately for the Sears Tower, rules are rules. The ruling was that the spire on the Petronas Twin is integral to the design of the building while the antennas on Sears is not. They rightly point to the time when the Empire State Building in New York City was the world tallest and the height included the spire.

But the US of course will not stand down. At the end the world tallest category was split into four different categories so that the Sears Tower can still claim the world tallest building with the highest inhabited floor. The Petronas Twin retained the more prestigious title of World’s Tallest.

I took quite a few picture here and decided to just sit at the bench and catch up on some reading. There was a man who came by and sat next to me even though there was lots of over empty benches. That startled me a bit because that place was quiet but I remember there was a police patrol car parked just nearby.

It turned out that the man just wanted to chat! LOL!

Yeah, we had a chat. He wanted to know where I was from. So instead of telling him I am from Canada and risk him not believing me, I told him I was from Hongkong. I think he likes it better if I am from Hongkong than from Vancouver, BC. Anyway, he just wanted to talk and I did mostly the listening. That was an interesting encounter. 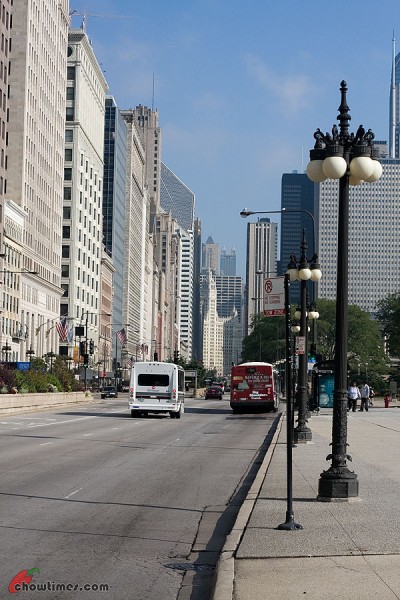 Grant Park is just amazing. For a city that is known for its skyscrapers, they had the foresight to make sure that this prime land facing the Michigan Lake is never to be built up.

See the street above … that is the Michigan Avenue. On the left is the building and on the other side of the road is Grant Park and the Michigan Lake. This whole area is marked “Public ground. Forever to remain vacant of buildings” … Forever!

So after that visit to Grant Park and the Millennium Park, I went to have “breakfast”.  Really, I wasn’t too hungry but I needed a drink.

I saw a LOT of Dunkin Donuts all over the city and so I guess it must be very popular in Chicago. The Iced Latte was good.

After grabbing this drink, I walked a short distance to grab a “breakfast” … to be continued.

Chicago: And Lastly … The Centennial Fountain

Chicago: Day 2 on the Chicago Riverwalk