It was one of those weekdays that I needed to get away from the office just to clear my head even though it is just for an hour or two. Good thing I had the camera with me that morning having left the camera in the car the night before. So I thought I just drive and look for a place to have a nice solitary lunch and blog about it.

I found a quiet little corner Vietnamese restaurant which name looked familiar. I vaguely recall coming across this name at some point before but I was not too sure. It looked authentic from the wordings with diacritical mark on the sign and sandwich board. Well, as long as I can’t read what they serve, it is worth the adventure of checking it out.

Truong Thanh is very much a hole-in-the-wall … very homey and very much a neighborhood kind of a restaurant. The customers seem like they know the restaurant owners personally judging by the way they greeted and talked with each other. I was the only one in the restaurant that day who doesn’t speak Vietnamese.

The service was warm and personal. There was the usual tea and menu promptly served the moment I sat down. 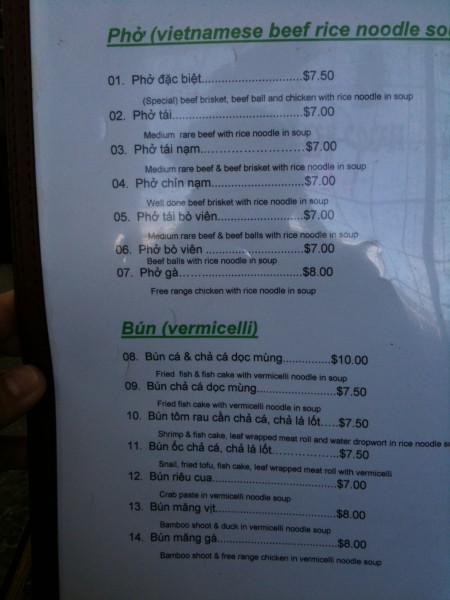 Truong Thanh has the usual pho items on their menu. Even though I had not had pho for a very long time, I am not about to order that. I was looking for something different, just not pho.

My eyes were on the one item that is the most expensive on the menu. It is $10 while the other items were just $7-$8. That looked perfect because it has fish cake, fried fish on fish soup — all fish. So this is like the fish version of the pho which is made up of beef parts and beef soup. 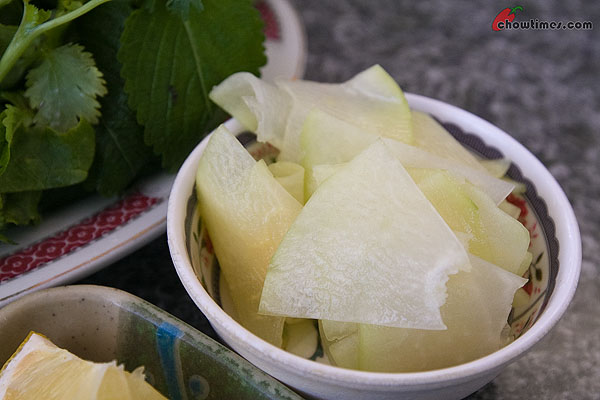 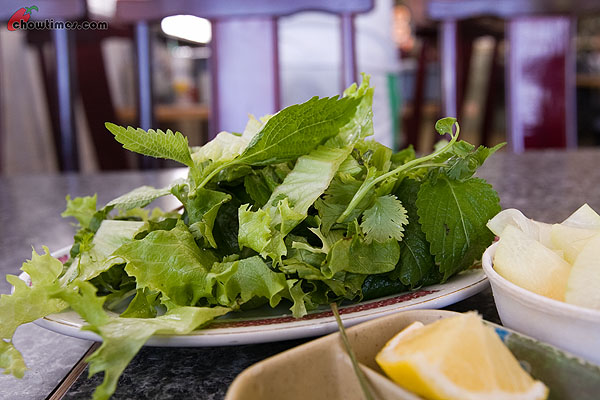 I don’t see a lot of places that serves green papaya pickles (top picture). I like that for its crunchiness and sourness — great for whipping up an appetite. The green herbs and lettuce is also something I appreciate over the usual bean sprouts.

First thing I did was to pick up the spoon and taste the broth while it is still the hottest. The clear fish broth was light and full of flavour.

When you have so many stuff in the bowl, do you have a way you eat it? Me, I systematically eat one ingredient at a time — starting with the ones I least like (the celery and tomatoes), and keeping the best to the last.

The Vietnamese vermicelli (bún) is unlike the Chinese vermicelli which is thinner and sometimes transparent. For me, I had each spoonful of vermicelli along with some cilantro and mint. The scent from the mint gives each mouthful a cool aftertaste.

The fried fish are delightful. There are even three big pieces of it in the bowl, each of them were very well deep fried. Despite that I left the fish to the last and soaking in the soup for sometime, they were not soggy at all.

Take a look too at the whiteness and firmness of the fish flesh. Pretty mouth watering? 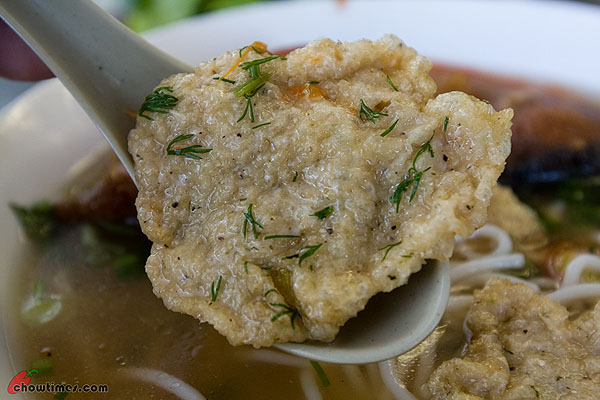 The fish cakes too were delicious. It has a nice soft rubbery texture to it. I was thinking that maybe it has some meat added to give that consistency, but am not sure.

The $10 for this bowl was well worth the money even though it is expensive. I cannot recall any Vietnamese noodle soup that costs more than $10. Can you?

Anyway, one pleasant surprise when I paid for the noodles was that the prices on the menu included taxes already. That is nice for a change.