Hehehe … knew you guys will try to guess where I was going to. Very interesting guesses!

The 13 hour flight was not too bad. I was so dead tired, I slept pretty much all the way there. Love the flight. Cathay Pacific (along with Singapore Airlines) is one of the best airlines according to my books.

I like their new entertainment system where they have 100 movies on demand. I managed to watch The King’s Speech, a show I missed when it was showing in the theatres. Then I watched 10 minutes of three other movies … fell asleep after just 10 minutes. In a way it is good I could sleep and so time passes faster. 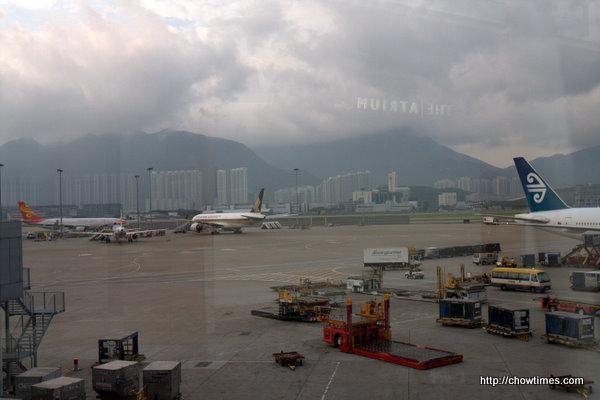 The flight landed at just after 6:30 AM in the morning. Can you guess where this airport is? Tall mountains in the background with super tall apartment buildings too. 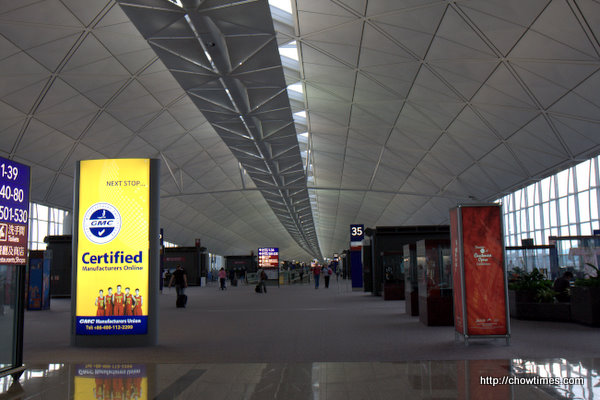 … what about this one above. Can you recognize it too? I think some of you can recognize this airport. Let’s see who is the first one who get the right guess!

It’s the Hong Kong International Airport. Gosh, I hate this airport, it is so big and there is a serious lack of a people mover. They only have moving walkways.

Anyway, let me tell you a bit more about the flight.

Like I said, I love the entertainment system. Besides the movies and TV shows, they have playable games too. Good thing they have Soduku because I like to spend my travelling time playing that.

It is a Boeing 777. They have a few other cool features on the system. One of them is showing the flight path in 3D. What I like a lot too is that they have a camera at the underside of the plane that you can see the land below it.

The one I am most happy with is that they have ab electrical outlet for every seat. Yeah, that helps if I wanted to do some work on the plane.

For that 13 hours red eye flight, they serve two meals: a supper and a breakfast.

Hey tell me, is there a reason why flights from Vancouver to east Asia always start at ungodly hour? I am sure there is a logical explanation for it.

Anyway, the above is the supper. 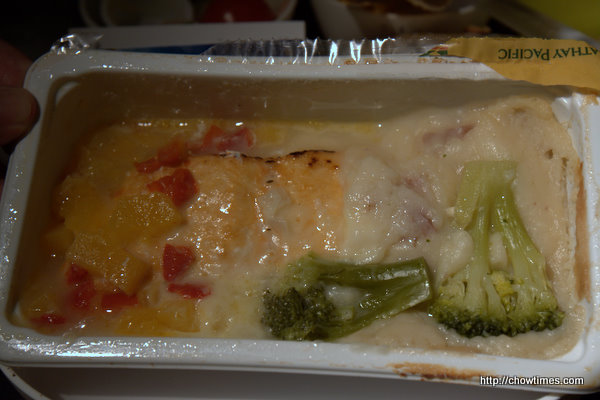 Awful, unappetizing looking salmon. It tastes OK. I wasn’t hungry because I just had congee with Suanne and so I ate about half the salmon and left the rest as it is. 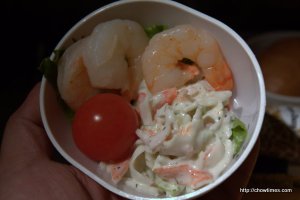 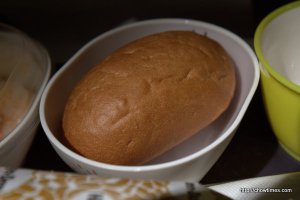 I felt the prawn in the salad did not taste fresh. It shouldn’t be like that as airline food has strict quality control. One of the prawns tasted stale and so I left the whole thing alone. 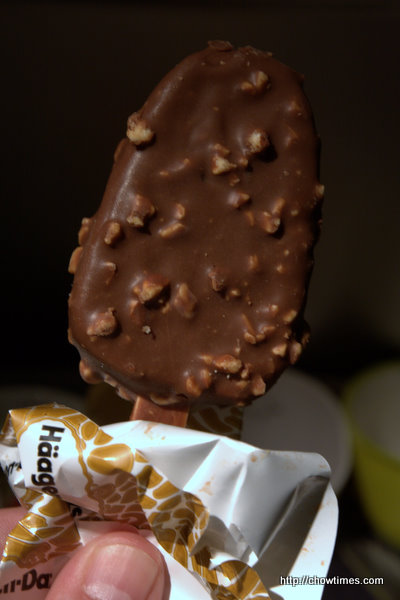 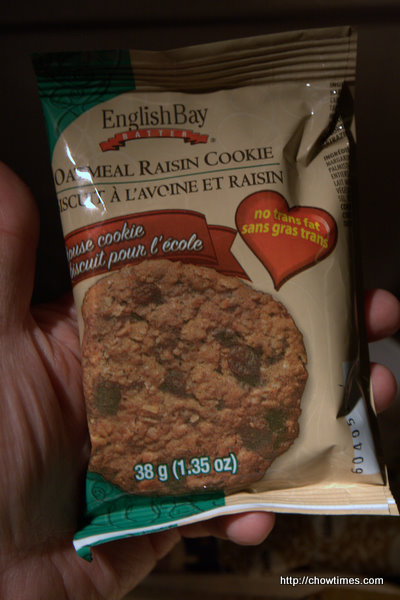 At least the chocolate ice cream and the cookies saved the day. 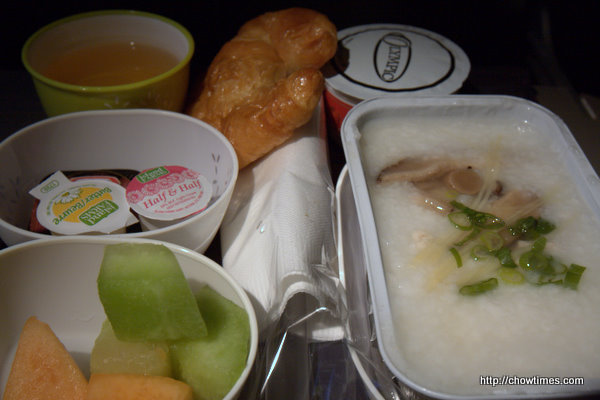 The breakfast was much better. There was a flaky croissant and some fresh cut fruits too.

The congee was quite OK. Not quite like the one I had in Jubilant hours before.

Hehehe … all your guesses are wrong. My destination is NOT Hong Kong. Let me tell you too that it is not Singapore and it is not Taipei. Definitely not Hyderabad.

Anyone want to make more guesses? I won’t be surprised if no one will guess correctly. 🙂