New York is considered the birth place of the American Pizza. It is so much so that many of existing Neapolitan pizzas are also known as New York-style pizza. I made it one of my quest to seek out the grand daddy of pizzeria when I was in New York … and that is the Lombardi’s Pizzeria Nepoletana.

There had always been a dispute whether if Lombardi’s is really the first pizzeria in America but at least they have the proof that no one ever had. Lombardi was licensed by the City of New York in 1905 and no one else had ever had proof that they are opened earlier.

I am not sure what Zagat Survey is but I guess it must have been a big deal to be voted as “Best on the Planet” for pizzas. They claimed to have started the pizza culture in the US and is still at the top even after 100 years. 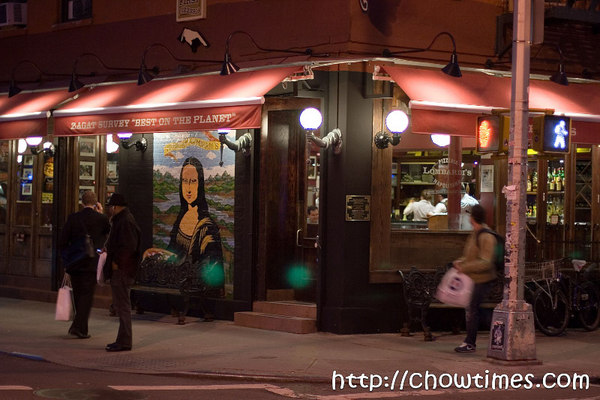 I guess they know that I am a tourist. It’s because they brought me on a little tour through their kitchen. I can see that their coal fired oven is emblazoned with the words “1906 Lombardi’s”. It looked really old … I do wonder if this is the same oven that they had used for the past 102 years.

I was shown a quiet corner of the restaurant. As a matter of fact, I was the only one there.

I ordered their house made Sangria, which is a Spanish wine punch of sorts. It was sweet and fruity.

I tried to be a bit adventurous and ordered from their specialty pizza section of the menu. I ordered the Clam Pie. END_OF_DOCUMENT_TOKEN_TO_BE_REPLACED

I flew for the first time on Northwest Airlines. Since NWA is headquartered out of Minneapolis, I had a stopover at the Minneapolis-Saint Paul International Airport. You know what's the…

The highlight of the day is to visit the Atomium. This monument is a national icon of Belgium and is as iconic as the Eiffel to Paris. I have seen pictures of the Atomium but had no idea what is was like up close. More about the Atomium later … 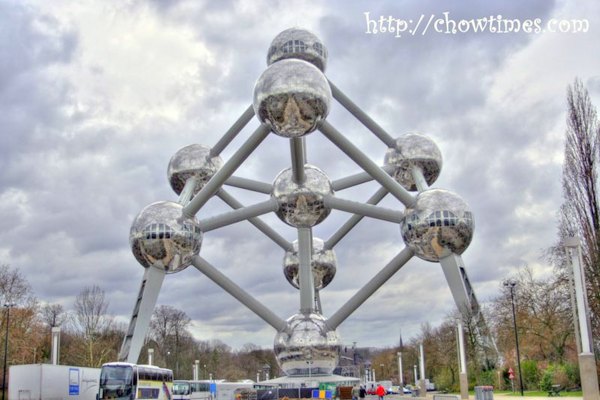 I went to Brussel Centraal railway station to catch a train to Heysel Park.

I was still hungry after that little breakfast of Waffle. I stopped at a food stall at the train station called Maciotto. I had seen Maciotto in several stations before and thought I should check this out. They sell traditional Italian snacks. Since I thought that there would be nothing much for lunch at the Atomium, I got myself a snack as brunch. 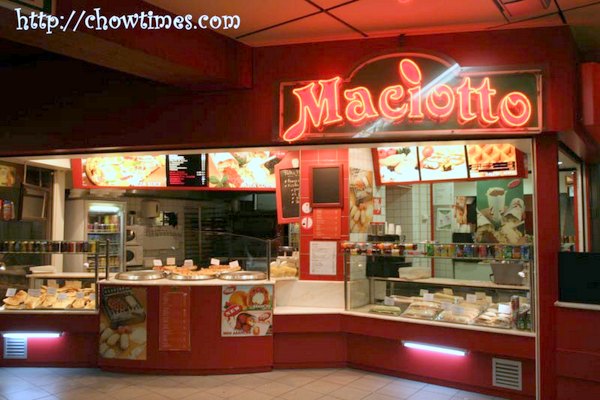 I got something called the Diavoletto Pollo (I think the word diavoletto means devil in Italian). This 3 Euros snack contains tomato, chicken and olives. Anyone can tell me more about Diavoletto? I had never come across this before.

END_OF_DOCUMENT_TOKEN_TO_BE_REPLACED

Continue ReadingBrussels Series: Lunch Snack at the Atomium and Brupark

There’s a good reason why Anton’s Pasta had been one of the most popular restaurants in Burnaby. I believe that reason is because they serve the biggest serving of food anywhere in Vancouver. Anton’s had been a fixture in this part of the city for over 20 years. Their vision is to offer good food at affordable price … and lots of it too.

Driving past Anton’s along the 4200 block of East Hastings in Burnaby, I often see people actually waiting outside the restaurant for a table. At lunchtime, the wait could be very very long but definitely worth the wait.

They serve bread for free. What do you call these kind of bread? I am sure there’s a name for this. It’s crusty, hard and dry — a tad too dry for my personal liking.

Since we’re in an Italian restaurant, we ordered something Italian for drinks. The Sanpellegrino Limonata is an imported lemon soda from Italy. Pretty expensive … a can costs $3.25. Well, at least they gave us a glass with a wedge of lemon.

END_OF_DOCUMENT_TOKEN_TO_BE_REPLACED

I am glad to learn that at least one reader missed our regular daily blog. It was a hell of a week for me at work. I could barely do anything else after work, let alone blog. Suanne had some blog entries left but we decided to not release those just yet so that we can keep this series of Dine Out Vancouver intact … it is my job to blog on this series. Am now back in action …

Lets see … we started off with a west coast style restaurant, and then we went to a grill, then a seafood restaurant followed by a french restaurant. This next one is perhaps the best Italian restaurant in Vancouver. It is located in the upscale Robson Street. Robson St is famous for the fashion shops and dining. It’s our version of Rodeo Drive and Fifth Avenue. 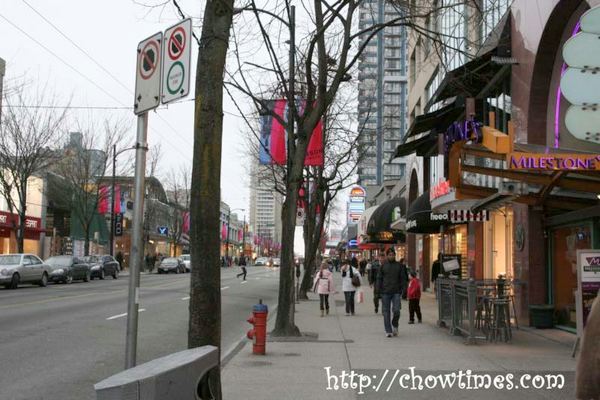 CinCin (pronounced as chin-chin) had won many awards especially in 2005 and 2006 in the Italian and wine categories. Some of the award mentioned were:

It is located on the second floor just above the fcuk Connection.

A stone stair case winds up from the hustle and bustle from the street level to the first floor dining room and bar. The restaurant is decorated throughout in earth tone. Lighting was dim. 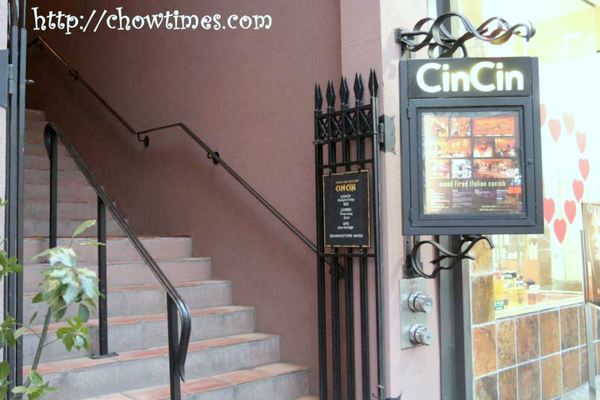 I got to learn to order another type of cocktail. I have always had the same thing — Bloody Caesar. What is your favourite pre-meal drink? Give me some suggestion?

Anyway, the Caesar as always is spicy but this one is so much more heavier with vodka. Six bucks, small glass but perfecto!

Starters were the normal bread but with some thingy that is made of Olives, Roasted Garlic, Herbs. We think this is called Tapenade. How is this pronounced? I said that it’s ta-pa-nah-dey but Suanne insists that it’s ta-pa-ned. Anyway, this tapenade thingy is, well, sourish and salty at the same time. It doesn’t taste bad but it’s not good to me. I preferred good old butter and so I asked for some.

END_OF_DOCUMENT_TOKEN_TO_BE_REPLACED

One last dinner before I get to go home. It has been a long week and personally, I am all tired and weary. This time, Mark and Mark joined us at the newly opened Maggiano’s Little Italy in the Cumberland Mall.

Maggiano’s Little Italy is a casual dining restaurant chain specializing in Italian food. This restaurant chain is operated by the same company which operates the Chilli’s, On the Border and Romano’s Macaroni Grill.

It was a busy night at Maggiano’s that day. Rob volunteered to go early and make reservation while I pop over to the nearby Circuit City to grab NHL07 game for Arkensen (it’s cheaper by $10 here in the US). Despite making a reservation early, we still had to wait for quite a bit.

These American chain restaurants are really something. We don’t have many close to these types of restaurants in Canada. The decor, the experience, the menu, the staff … they were so well designed to entice people to these places.

Once seated, the bread came quite fast. So tell me, do you prefer your bread with butter or olive oil? I have not really gotten used to having bread with olive oil (and balsamic vinegar, is that what the black blob is?). Not that I don’t touch it or that it tastes awful but I’ll take butter anytime over this.