I had been putting writing this post off because it is so hard to write. I was overwhelmed with all the learnings and the food. LOL!

It was almost two months ago when Grayelf invited a few foodies to her home to taste and learn about cheese. I jumped on it because I had never been exposed to cheese tasting in this manner before. Frankly my knowledge of cheese is very limited to what you encounter day to day.

I think my knowledge of cheese can be summed as as follows: I know what is mozzarella, feta, blue cheese, cheddar, monterey jack, and parmesan to name a few. Those are such generic cheeses which everyone knows. Perhaps as an analogy, these are considered equivalent to wonton noodles in Chinese cooking.

I consider having Harvati and Emmataler as exotic already. Both introduced to me by a co worker. I would perhaps equate this “exotic” cheese to, say, Sichuan hot pot. That’s my simplistic analogy.

Fine. I had done something of that sorts at the Salt Tasting Room but that one is pretty much random selections with zero learnings. 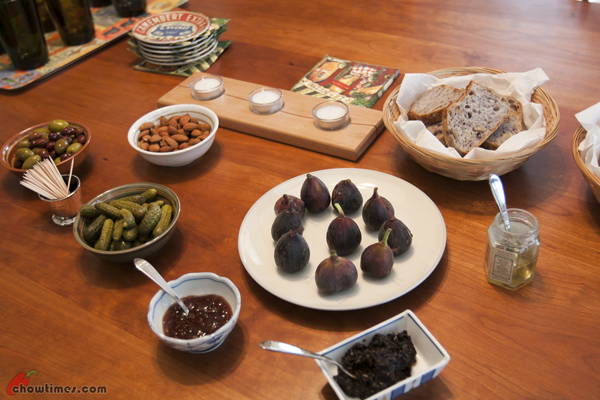 I was expecting Grayelf to make it an event knowing how she is so thorough in everything she does. But what greeted us was beyond what I expected.

Table was nicely laid out and all. And then she told us that she will do this in FIVE courses with mostly three cheeses in each course … whew … FOURTEEN cheese to try altogether!

The above are palate cleanser in between courses of cheese.

The five courses were broken down into:

He he he … she saved the “best” for last. I was eagerly waiting for the blue cheese because I expect it to be an awful experience. 🙂

I can’t remember what the fruit above is called.

You know, I won’t be surprised that is no where in Vancouver that you’ll get to try all these cheese in one sitting. And knowing how much all these premium cheese costs, it comes at some expense to Grayelf. All out of her own pocket which was very very nice of her. 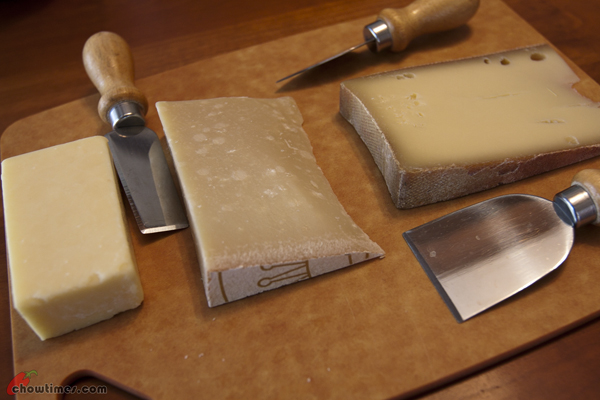 The first course is the Firm cheese.

They are firm and semi-firm because of lower moisture content and they are mostly pressure packed into molds and aged longer. This was an easy start because these are cheese that are familiar to most.

Grayelf not only took the trouble to get a good selection of cheese, she even researched them and printed notes for everyone. How is that for service? Here is the notes that were for the firm cheese.

Abondance (Haute-Savoie, France) is a semi-hard, raw-milk “mountain” cheese. Availlable year round, it is at its best in the autumn when made from summer milk. In the 14th century, the monks of l’Abbaye de Saint d’Abondance, situated on the Swiss border, were the official suppliers of savoyard cheeses for the election of the Pope in Avignon. The name of the cheese comes from the breed of cows (abondance) from which milk is taken. The blue label fixed on the rind indicates that the cheese is a member of the AOC family since 1990. Its taste is direct, but at the same time subtle; a complex alliance between a slightly acidic and soft initial taste followed by a lingering after taste. The cheese gives off an aroma of nutty vegetation. The texture of the ivory/yellow pâte is supple and velvety. Its rind is smooth with an amber colour showing canvas marks. $4.50/100g

5 year old Britannia cheddar (Quebec) Although cheddar originated in England, most turophiles agree that Canadian versions have long outshone their British progenitors. A fine aged cheddar, this specimen is white, not coloured with annatto, and has an assertive but not too salty flavour. If you’re used to supermarket cheddar, this sample may change your mind about this not-so-everyday cheese $3.95/100g

Sovrano buffalo milk (Brescia, Italy) is made from a combination of buffalo and cow milk. The process is similar to that of Grana Padano (a type of Parmesan). Sovrano is aged for at least 24 months, then graded, again like Parmesan. Distinguished by an ivory coloured rind, the white crumbly texture inside has a slightly sweet flavour with the unmistakable mossy sour finish of buffalo milk. In Italy Sovrano is used in many pasta preparations but it is also served on cheese plates and goes well with slices of fruit, or with honey. $4.99/100g

If you look at the cheese above, you will find that they are from different regions in the world. Grayelf got them from … END_OF_DOCUMENT_TOKEN_TO_BE_REPLACED

Minoo prepared two recipes for the first meeting of Gilmore Park Church Community Kitchen for this fall season.  The first recipe is a hand held breakfast or lunch item which is perfect for families on the go.  These Ham and Cheese Muffins are savory instead of the regular sweet muffins.

These Ham and Cheese Muffins taste like quiche but they are easier to make.  You can even make them ahead and they can be reheated quickly.  It is also a good recipe to use your leftover bread. 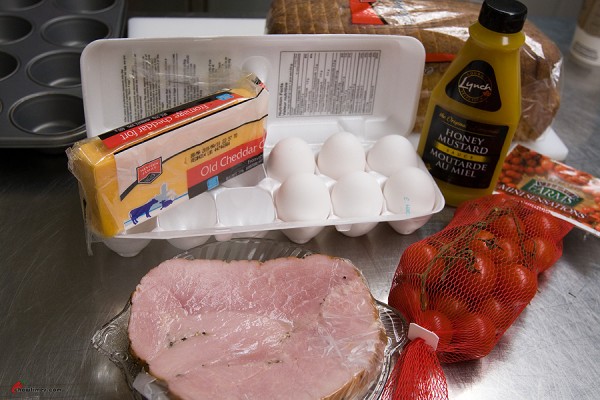 END_OF_DOCUMENT_TOKEN_TO_BE_REPLACED

We first discovered Tillamook cheese last year when we travelled throughout Oregon last spring. Tillamook is a county in north western Oregon and is famous for it’s rich grassland, tourism and of course, it’s cheese. There is a Cheese Factory that is opened to the public and is one of the most visited tourist attraction in Oregon. The best part was the cheese tasting!

We have been trying to buy Tillamook cheese in Vancouver but has so far not been successful. Does anyone living in Vancouver area know where one could buy it? These days, everytime we pop over to Washington state, we would buy a pound of two.

Our favourite is the Tillamook Pepper Jack Cheese.

Tillamook Pepper Jack Cheese blends the mellow essence of Monterey Jack with the spicy “zing” of jalape?o peppers to create a flavor that both comforts and invigorates. We can even see pepper seeds embedded in the cheese but they are not really spicy. 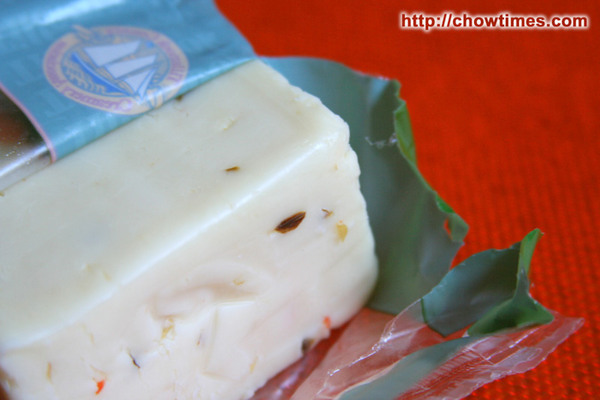