This is a great recipe for summer with the abundance of fruits. You can use any berries, stone fruits like peaches, nectarines, cherries and even fall fruits like apple and pear (just dice them small). Source: adapted from Lunch in Paris

END_OF_DOCUMENT_TOKEN_TO_BE_REPLACED

Barley Yogurt Soup is the third middle eastern dish demonstrated by Minoo in the South Arm Community Kitchen. This is a Turkish dish which is commonly served as breakfast or with main meal. 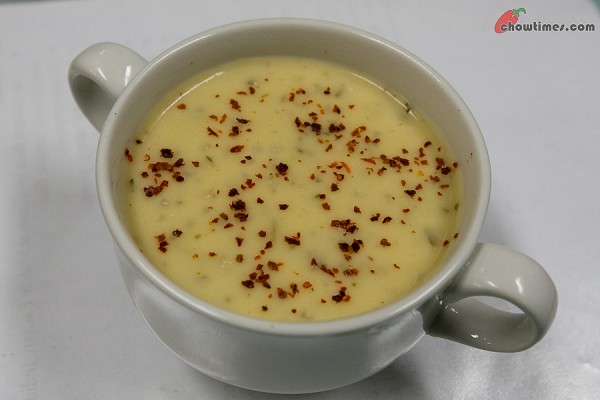 The Barley Yogurt Soup is thick and creamy and it resembles oatmeal porridge. 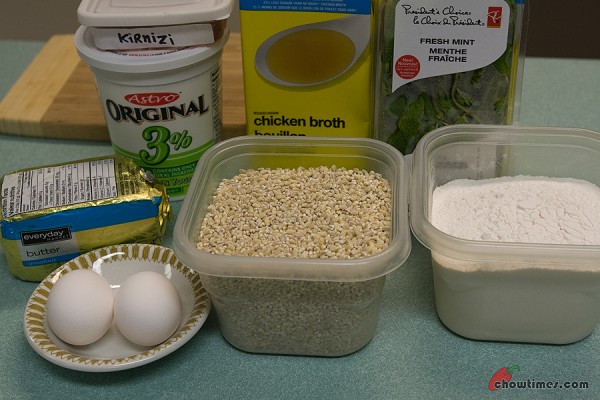 END_OF_DOCUMENT_TOKEN_TO_BE_REPLACED

In the South Arm Community Kitchen, Minoo whipped up 6 dips. These dips are great for game nights with a group of friends. They also made great appetizers.

These dips can be served with baguette, pita bread, corn chips, crackers and assortment of vegetables. 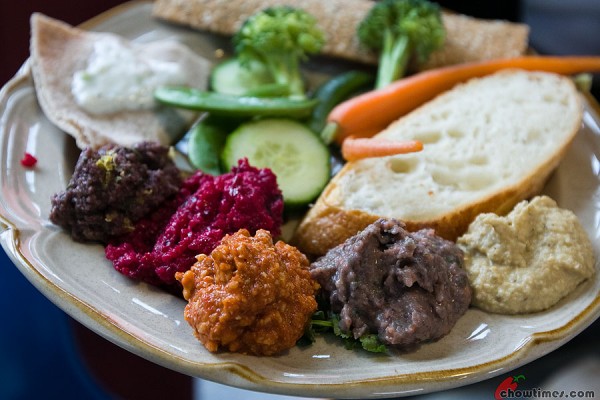 We simply love the great colours of the dips. Can you guess it by its colour?

The first dip is Tzatziki which is popular in Greek cuisine. 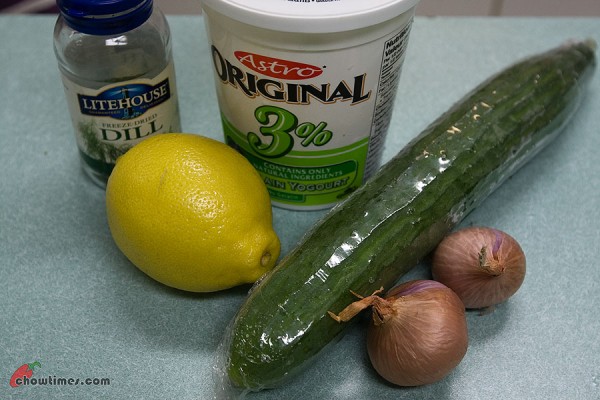 If you cannot find Greek yogurt which sometimes called Mediterranean-style yogurt, you can make your own substitute with plain yogurt. Just line a colander with a double layer cheesecloth and place over a bowl. Pour in 2 cups of plain yogurt and chill overnight in the fridge. Discard the liquid the next morning. You’ll end up with 1 cup of Greek-style yogurt which is thicker than plain yogurt.

END_OF_DOCUMENT_TOKEN_TO_BE_REPLACED

Minoo also made an Indian side dish for the Indian theme at the Caring Place Community Kitchen.  It is called Raita. Raita is a yogurt sauce or dip kind of…

Updated: 22nd Dec 2014; This restaurant is closed according to Urbanspoon.com.

This post is written based on a complementary meal from Qoola.

A week ago, Suanne and I received an invitation to checkout a new frozen yogurt place called Qoola. Since we were going to be in downtown anyway for the Taste BC event on the same night, we decided to pop over. I know it is kind of weird … we were going for yogurt, waffle and crepes immediately after wine and cheese, sushi, burger … all on the same night.

So, Suanne, Angie and I took a short drive to the western end of Denman to where Qoola is. Qoola is actually located at the old location of Cupcakes (1116 Denman). 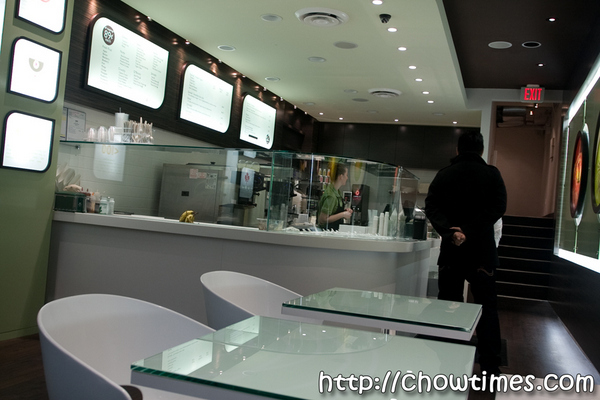 We were met up front by Warrick who is the man behind the entire idea of Qoola. Warrick came across to us as a bright, energetic young man with great passion in what he does.

Qoola had been opened for just one month so everything is spanking clean. We love the bright greenish interior. Qoola is green … more greener than what we expected and we soon realized how seriously green they are.

We had a crash course, to say the least … much of which went swosh over my head. Too much data and too technical for me after all the wine from Taste BC. 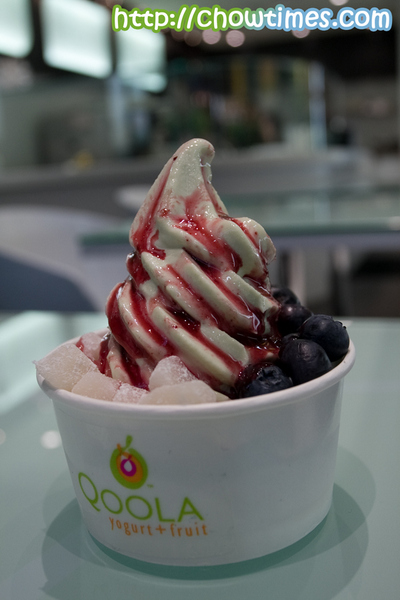 Not really a person who knows what is what, we left the choice to Warrick and his partners. The only thing we asked is that they surprise us. First came their Green Tea Yogurt with blueberry and marionberry sauce. It was good and we like it.

I don’t care much for frozen yogurt. The only time I had frozen yogurt of note is Red Mango which we had in Bellevue,WA. I was told that many frozen yogurt places uses powdered yogurt which contains only about 1 million bacteria. However, Qoola uses only fresh yogurt despite its limited shelf life of a couple of weeks only. Fresh yogurt has 400 times more bacteria than powdered yogurt. 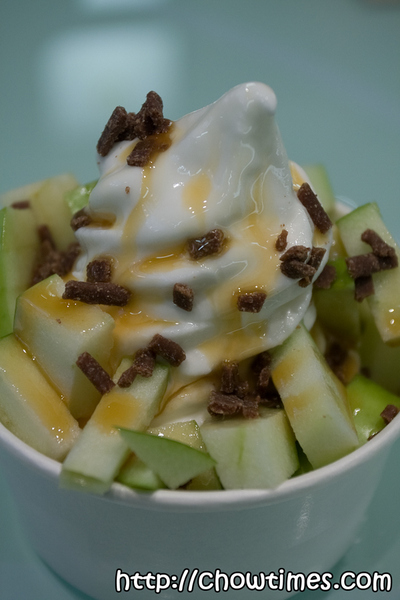 The next surprise is the Original yogurt with apples, cinnamon flakes and caramel sauce. We love this more than the earlier one. I like especially the fresh looking and crunchy apple chunks. END_OF_DOCUMENT_TOKEN_TO_BE_REPLACED

The Dairy Making 101 workshop also covered making yogurt. Yogurt is produced by fermenting milk with bacteria. The bacteria lives on the sugar in milk i.e. lactose and produces lactic acid. The lactic acid acts on the milk protein to form yogurt and makes the yogurt slightly tang. 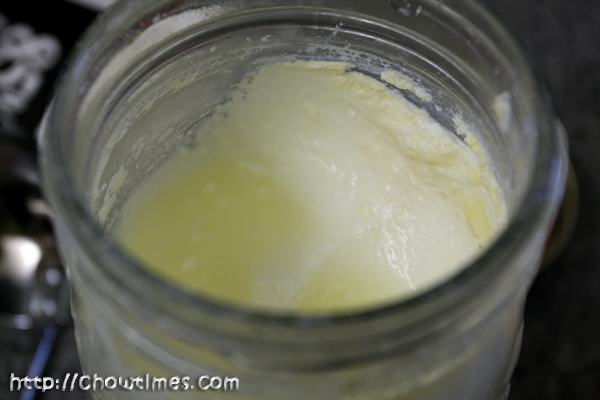 Yogurt is very nutritious and is rich in protein, calcium, riboflavin, vitamin B6 and B12. Yogurt is good for people with poor bowel movement i.e. not regular.

We started with heating the milk to between 110F and 180F. Some people preferred to heat to the higher limit for food safety reason. You may flavour the milk with vanilla bean or extract or even cumin as Thomas did. END_OF_DOCUMENT_TOKEN_TO_BE_REPLACED