The highlight of our trip to Kelowna is picking cherries. On the first day we were there we went to a cherry farm on Westbank. We had been to this farm before but were pleasantly surprised at the abundance newly ripe cherries on the trees. 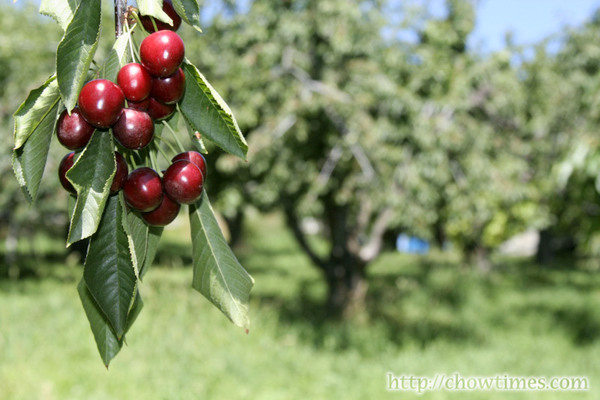 Picking cherries is simple. You need to pick it with the stems on. This will keep the cherries fresh longer. The man in charge of the farm showed us how best to pick cherries — basically, you push the stem up and snap off the stem.

The cherries in the Westbank farm is free of pesticides but is a bit small compared to larger ones we see in the stores. They a bit soft and not crunchy.

You really need to climb ladders to get to the better fruit. The lower ones were gone very fast. We need to make sure that the ladder is stable. In all, we picked about 11 lbs of cherries from the Westbank farm. Each lb costs $1.25. 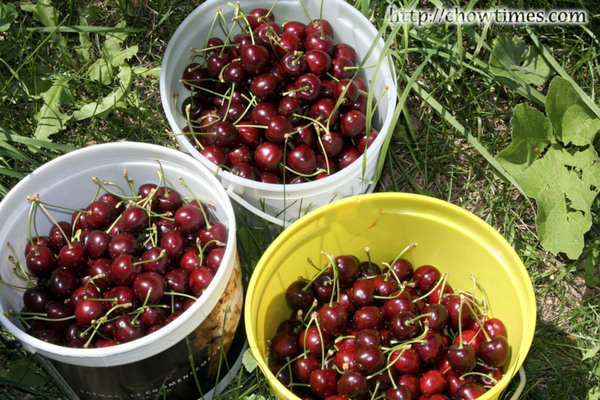 On the second day, we drive south of Kelowna to the end of Lakeshore Rd. There are a few popular farms there. These u-pick farms are more organized and the cherries were a class better than the ones in Westbank — they are bigger and crunchier. However, this farm uses pesticides. 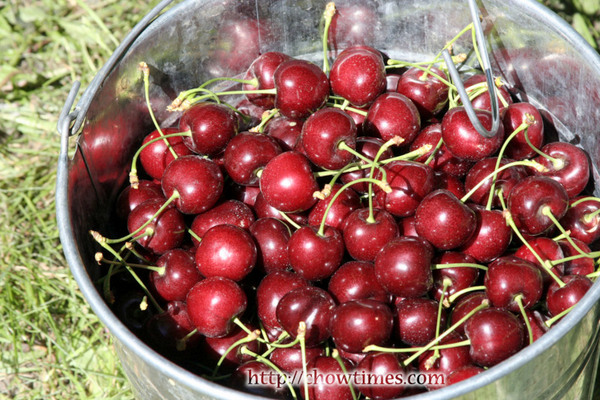 The cherries in this farm is a bit more expensive at $1.50 per pound. We picked more this time — 15 pounds. Ha ha ha … it was so easy to pick but not we have to figure out how to eat all 26 pounds of cherries! 🙂

There was this family we saw who picked 82 lbs! So, 26 lbs is not so bad after all, right?

Suanne is looking a recipes to make use of the cherries. She’ll blog about it the next few days. At the meantime, do you have any idea what we can do with so much cherries?

Here is a few shots around Kelowna we took. We had a good time just walking along the park and seawall. 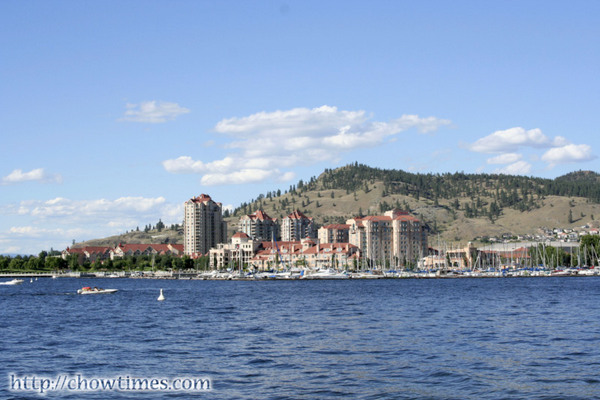 “The Sails” is the centre point of Kelowna.

The seawall walk is very well maintained and very beautiful. Green on one side and blue water on the other.

We also saw some upscale apartments along the lake. Instead of a cars parked in front of the apartments, they have boats instead. 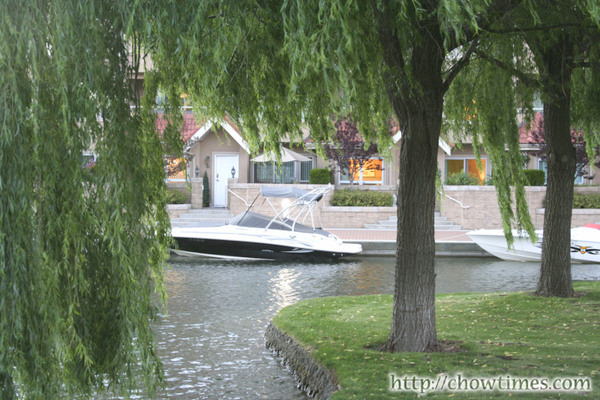 We also went up Knox Mountain which overlooked the entire Kelowna valley. It was a beautiful sight as we just sat and waited till the sun goes down.