Back in early July this year, we blogged about a place called Golden Award Cafe Restaurant. Just a week after we blogged about the place, guess what … the place closed down! We did a good review of that place and I guess it was good enough to have led a reader of chowtimes to check it out. “Fresh_one” was the one who alerted us to this.

A couple of months or so ago, we passed by this place again and there’s a new restaurant in it’s place now. It was Golden Award and now it became Silver Tower!

The interior is much cleaner than the last time we were here. However, it is also much darker. The lightings are dimmer and all the furnishings are in black. The high partitions too gives everyone better privacy. Not sure if I like that or not.

We decided to order from the “Chinese Dishes” menu. As you can see, the dishes are generally $7.95 which to me is really good prices. Each dish came with a choice of soup and steamed rice.

The soup is rather decent if you ask me. At least there are some chunks of meat in it, not just bones.

We decided to order 3 dishes. Up until early this year, we could order 2 types of dishes and that would have been enough for the four of us. Of late, Nanzaro and especially Arkensen had developed much bigger appetite … they’re at that growing age. I remember I ate like a pig when I was their age that my mum was worried for me.

Well, we have always try to eat within our weekly dine out budget but just a few months ago, we have to bump up our budget by $10 a meal. At this rate they are going, we’ll have to pay for four full meals each time we dine out. Sigh … we used to get by with only $18 for the four of us!!

The first dish we chose was the Szechuan Spicy Green Beans. This is awesome. We love the crunchiness of the fresh green beans. 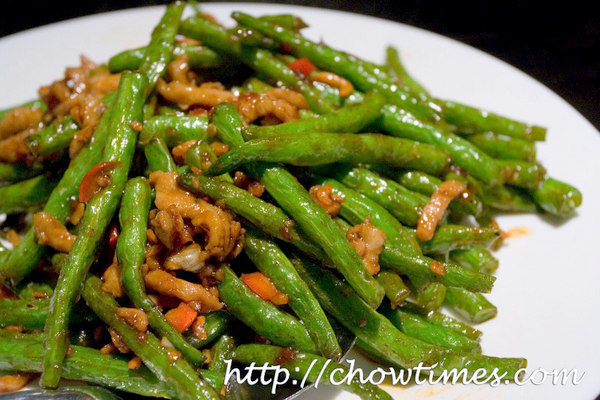 We also order the Salted Fish and Chicken with Tofu Hotpot. They did not put in much salted fish at all and so it was a bit too bland for my taste.

We also ordered the Hainanese Chicken with Ginger. This one is quite expensive … about $13. It was not bad but for some reason we were a bit disappointed that they had some sauce all over the chicken which sort of overpowered the taste of the chicken.

Each dish came with steamed rice and we had to order several more. This is because the rice they gave were disproportionately smaller than the big dish portions they served. I thought they charge for extra rice.

Checking the bill now, it appears that rice is free. We liked this place and had been here three times since they opened. I recommend that you check them out. 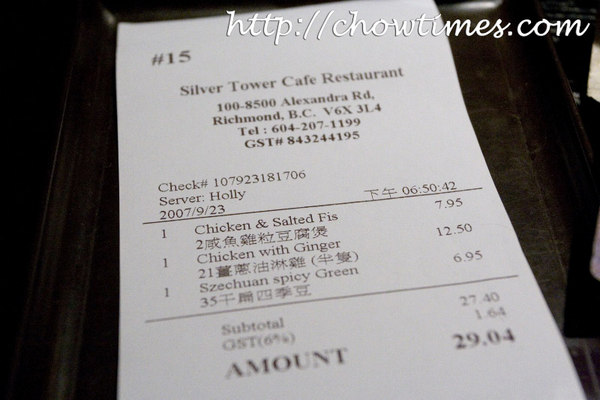 Thai Son Restaurant on No 3 Road