I got to the hotel in the nick of time when Ryan and Mick was just about to head off to dinner. Good thing I managed to bump into them in the lobby of the hotel or else it would be a lonely dinner. I hate having a dinner in a nice place on my own. 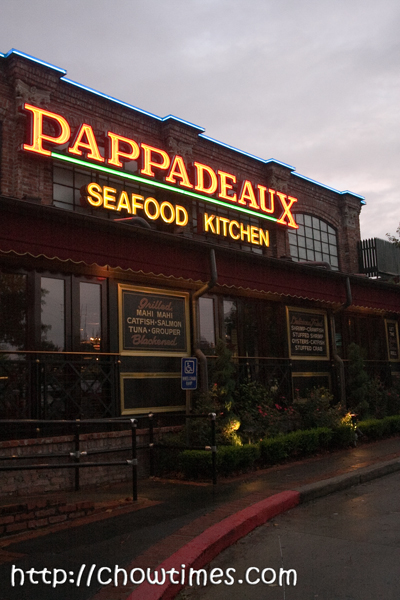 We got a cab and had a 10 minutes ride to who knows where. I can never get used to the neighborhood names in Atlanta. What I do have is the address of the place we went to 2830 Windy Hill Rd, Marietta.

We went to a place Pappadeaux Seafood Kitchen which came highly recommended by the gals in our Atlanta office. From the outside it sure looked like a great choice. 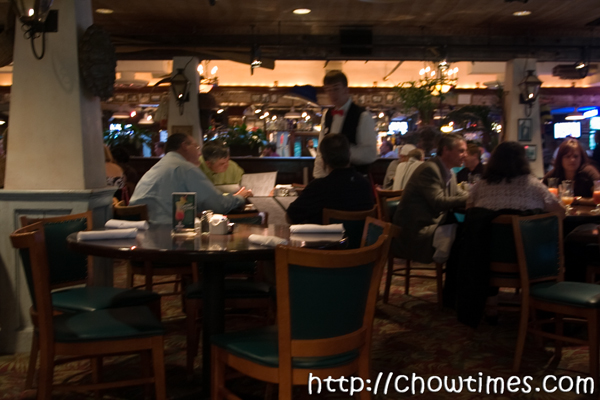 From the inside, it too looked very much like a businessy kind of place. There were mostly people in working attire and I did not see any families in there. There were a few couples having a romantic dinner (I know because they were holding hands over and under the table).

I had the “Southern Table Wine”. It is a very southern thing, I understand. And the only good way to have this is SWEETENED. I am a creature of habit … on flights, I have Bloody Mary Mix … in Atlanta, I almost always have Iced Tea … SWEETENED.

The Mussels Gratin was much much better. It is described on the menu as “Jumbo PEI Mussels baked on the half shell with Garlic Butter and Fresh Breadcrumbs with Grilled French Bread”.

Jumbo PEI Mussels? What is that? PEI as in Prince Edward Island? Whatever it is I love this. $9.95 … and I had most of it. 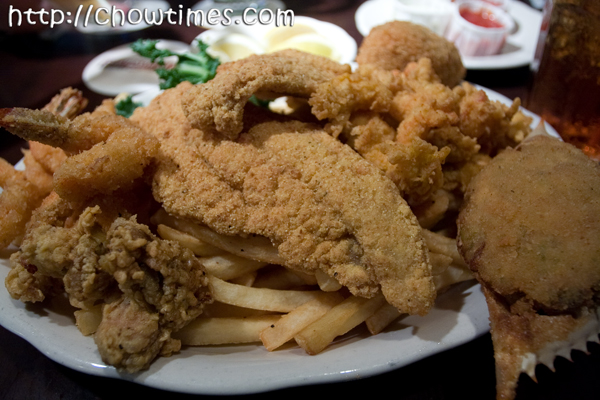 Since this is a “seafood kitchen”, I ordered the Pappadeaux Platter which incidentally is the most expensive item on their seafood section of the menu ($24.95).

The Pappadeaux Platter is the mother of their seafood items. It has Fried Shrimp, Fried Oysters, Fried Catfish Fillet, Fried Crawfish, Stuffed Shrimp and Stuffed Crab.

Was it good? Urgh! It was too dry … too much fried stuff. Some of the items were good but as a whole it was too dry for me. I ended up leaving it half finished … see above.

But dessert was awesome. They came by the table with samples of their dessert … real samples arranged nicely in a platter. I like the way they presented it. Instead of giving us a dessert menu, they brought everything they have to our table to choose. How could one resist this right?

I told the waiter I want the TALLEST item. I don’t even know what it is called but I vaguely recall it was some bread pudding of sorts. I only remembered I enjoyed this one. Ryan and Mick were talking work the whole night but me, I was only thinking about the food. It was a good dinner for me especially just having got off the long flight.

I felt very relaxed this time because this is the only time in Atlanta where I had only one single mission … just to attend a 2 hour meeting and I don’t even have to prep for it.

Dine Out Vancouver 2008 – The Observatory on Grouse Mountain