This restaurant has been closed according to Urbanspoon – updated 16th April 2010.

All I can say is … “Oh wow”. You really should check this place out.

Suanne and I get quite a number of recommendations from our readers. We like these recommendations as they are often little known restaurants with a lot of character to them.

Eric, who we do not know personally, sent us a note raving about the Northern Chinese restaurant find that he had been going to for the past while. Specifically he pointed out that their specialty is Soup Dumplings (Xiao Long Bao) … MSG-free Xiao Long Bao. 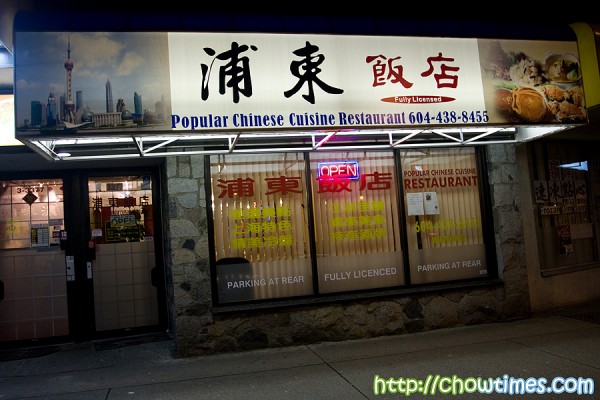 Suanne and I decided to take that drive to Popular Chinese Cuisine Restaurant. Popular is located on the north side of Kingsway between Joyce and Tyne.

From the outside, we thought that this is probably the last eatery we will try in the row of restaurants which included the Congee Noodle King. The blinds were drawn which does make people who walk past not really care what to check. 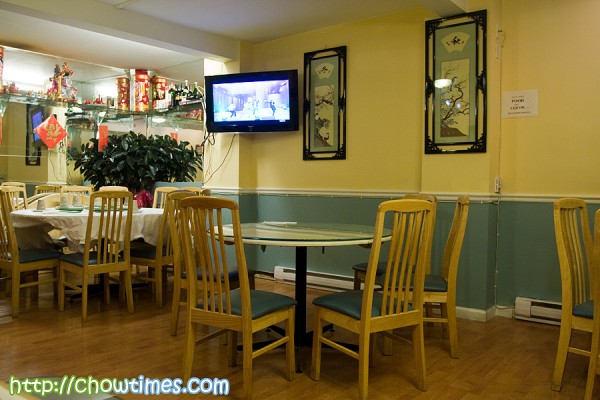 Eric described this place as a hole-in-the-wall family owned restaurant. While it is definitely family owned, it does not conjure images of small dark restaurants. As a matter of fact, the restaurant is bright, clean and spacious. However, it is a very quite restaurant with ours the only other table taken that evening.

Popular is run by a husband and wife team. They were friendly and helpful but the thing is that they speak only Mandarin. We managed despite the language problem. Instead of choosing our own dish, we asked them for the favourite dish of their customers. 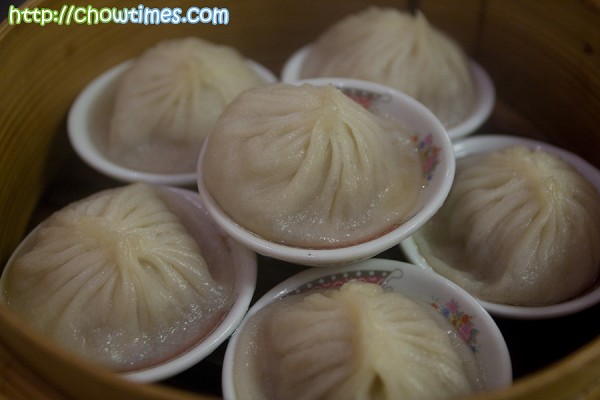 Of course we had to order the Xiao Long Bao. They came in a steamer with individual dumplings placed in mini saucers. I thought it was a neat idea having never seen this before.

One thing that struck me was how thin the dough skin was and yet being able to hold in the gelatin soup. I guess the reason why they serve this in mini saucers was because of the thinness of the almost translucent skin.

Suanne told me she saw on TV how the delicate Xiao Long Bao is to eaten. You need a soup spoon to hold it. You first bite off a corner at the thinner side and then carefully sip the scalding soup before you eat the rest of it.

Their Xiao Long Bao was great. They reminded us that they are MSG free. Six dumplings for $4. Not bad I thought.

Before the meal came, they even gave us some free pickles and stuff. The one in the background is some pickled vegetable … carrot with daikon I think. The peanuts were particularly good and was wondering where they got that from.

The Sliced Fish with Wine Sauce was great too. We were surprised how big a plate this came in. This one dish was definitely more than enough for two people. Served steaming hot, it has a very nice rice wine fragrance to it.

The cloud ear and bamboo shoots added a balance of crunch to the smoothness of the fish. I could eat this just alone. This is definitely a good dish to try should you go to Popular. The $13 dish is about the most expensive dish they have on the menu. 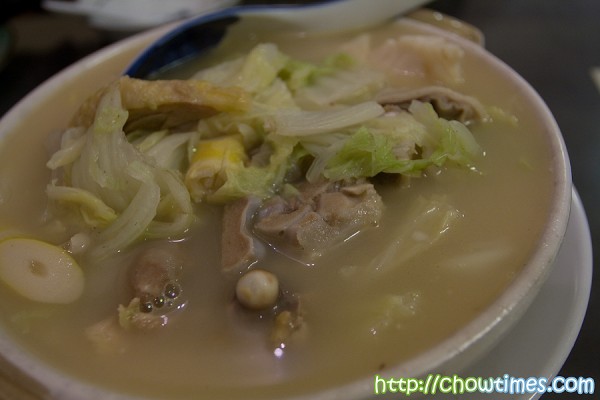 Their other recommendation is the hotpot. They have about six different hotpot dishes with names like:

We wanted to order everyone of it but of course it’s impossible. So, we opted for the first item on the hotpot section — usually that is the safe bet. What we had was the one called Pork Hock, Chicken, Fish and Vegetable Hotpot.

All of their hotpots costs $10 and comes with a bowl of rice and pickles (the one I mentioned above).

The pork hock was great … I love it. I love picking off the fatty skin from the bones. The best meat is always the ones with bones in. I am not sure the technical reason why (if there is one) but everyone knows that.

They don’t skimp on the ingredients. I appreciate that there are big chunky pieces of fish in it too. Other stuff here are chicken, bamboo shoot, pork stomach and knotted bean curd.

Extra rice is $1 and is loosely served in a shallow bowl. The rice are much better elsewhere I thought. But then with so much food, the rice did not factor a lot during this meal. 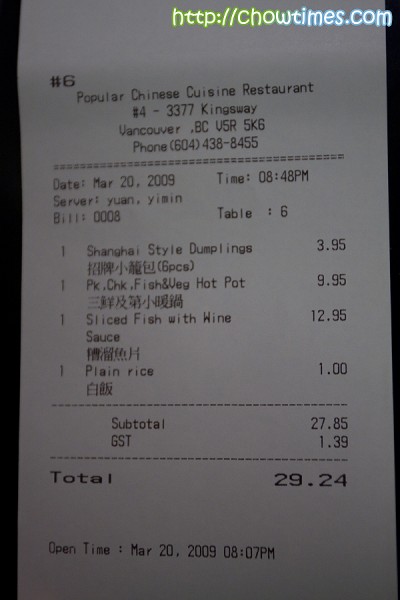 The total came up to just under $30 before tips. There is enough food for three people easily. We like the prices here and the food.

Most of all we enjoyed the down to earth service. The husband and wife team came out and asked us about our taking notes and pictures. We told them (with our broken Mandarin) how much we enjoyed their food and will write a review on the meal. They told us that the wife had been a chef for 38 years now and that they had just opened for under a year.

Suanne and I highly recommend you to check out Popular. They accept only cash.