It was Sleepless in Seattle … we hardly slept the night before.  It was partly because the bed at the cheap $49.99 hotel room we stayed in was as hard as a rock and partly because we were excited.  It was more like due to 90% excitement and 10% bed issue.  Yeah, yeah … it felt like it is our first visit to Disneyland when we were kids!

The flight from Seattle to Barcelona was at 8AM.  We took the motel’s complementary shuttle to the Airport shortly after 5AM.  We wanted to get to the gate with plenty of time to spare because being standby passengers, I was afraid we get processed in the lowest priority. The shuttle to the airport was not really complementary because we tipped the driver $2.  He was a nice guy and helped us with the bags and all.

We went through the normal staff check in.  They issued us the boarding pass with no seat assignments.  We had to go thru security and all that to get to the gate … and then endure the agonizing wait until the last moment before they issue us the real boarding pass with seat numbers.  If the flight is full, well … we go out and wait for the next flight … the NEXT DAY!  So we were quite anxious up to the point when they issued us the passes.

Seattle’s airport is beautiful.  I did not recall seeing it this way the last time we travelled via SEA.  They have floor to ceiling glass wall looking out to the tarmac at the eating tables area.

After clearing security, we had one hour.  So we went to get some breakfast.  Really, we were not in the mood to eat. 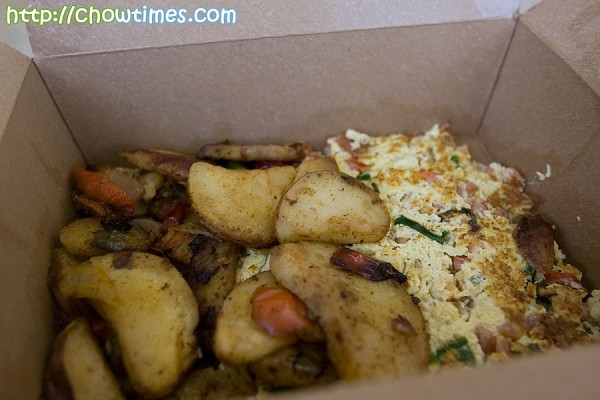 The Verona Scramble sounded good and ordered that.  It came in a box and looked really unappetizing.

I saw them making it.  The scrambled “eggs” were already all mixed and beaten up in a pail.  They just scoop the mix and make it on the griddle.  That is American efficiency for ya!

It costs $6.55 USD and came with a slice of bread on the side.   There are potato wedges and “scramble eggs” with green onions, tomatoes and sausages.  Not too good. 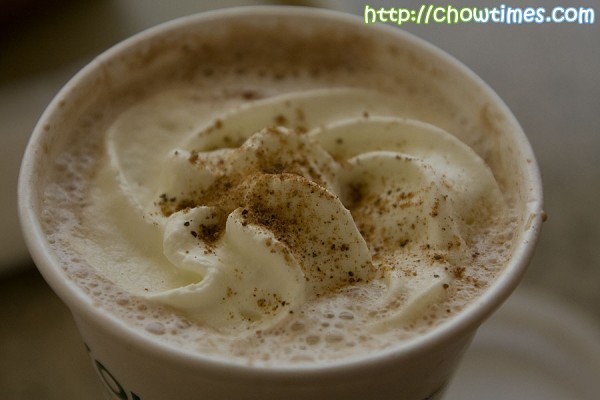 Suanne got her breakfast from Starbucks.  The  Cafe Mocha was USD $3.70. 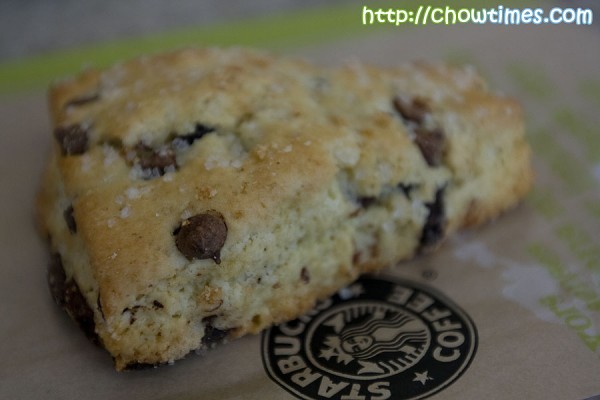 The Chocolate Chip Scone were USD $1.35.  It was really dry.

We got on the plane without a problem.  The flight to Barcelona took a total of 13 hours in all with a 1.5 hour stopover in Philadelphia.

US Airways has one of the worst record for flight delays and to no surprise to us, our flight was delayed.

At least it was just delayed by under 30 minutes.  This will still allow us time to get on our connecting flight at Philadelphia.

The flight was certainly not one of the better ones we had been on.  Firstly the plane is old … real old.  Then there is only a small screen for the entire section of the economy class.  At least we were seated on the second row from the screen, otherwise we would not have been able to follow the movie. 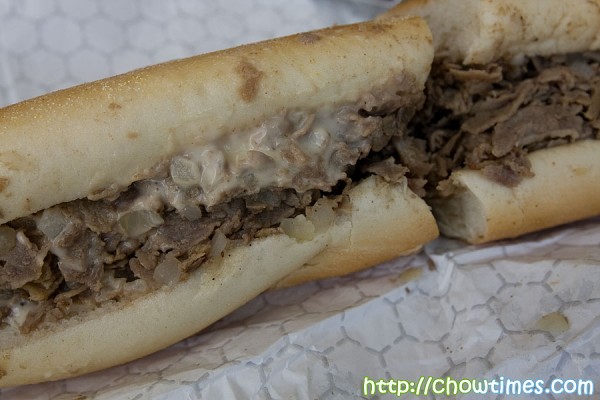 The flight from Seattle to Philadelphia was 6 hours.  So by the time we got to Philadephia we were getting hungry but had something like only 15 minutes to grab some food before we had to be at the gate.

We got ourselves the Philly Cheese Steak and Fries ($9).  We were in Philadelphia for a few days last year (blogged about it here).  One thing we did not get to do was to visit the legendary Geno’s or Pat’s.  But this one we got from the airport was pretty good — moist and juicy.  It was big (almost a foot long) and is way too much for one person.  Since we will be served dinner for the Philadephia-Barcelona sector, Suanne and I shared this.

When we got to the gate we already had the seat assignments ready for us to pick up.  Woohooo … with that in hand, it is just a matter of 7 hours before we are finally in Barcelona.  What a relieve, we felt. 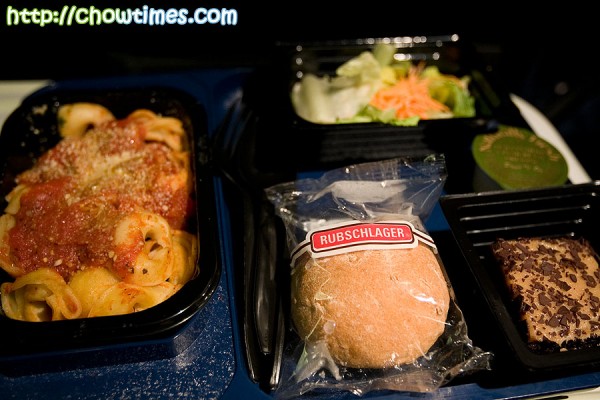 There is something not right about airline food.  They are mostly bordering on unedible.  Frankly it is worse than frozen dinners.  And indeed it is.  We force fed ourselves knowing it will be a long time before we get something to eat.

So … how did everything look up to this point in our culinary adventure?  LOL! 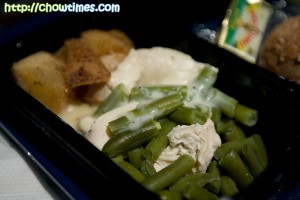 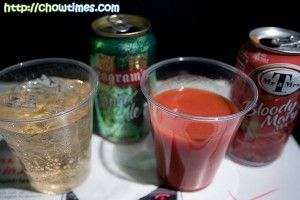 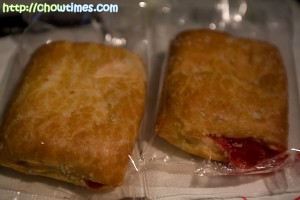 On a side note, have you read last year about the amusing letter that a passenger on Virgin Atlantic wrote to Richard Branson complaining about the inflight-meal? He said the following:

I’ll try and explain how this felt. Imagine being a twelve year old boy Richard. Now imagine it’s Christmas morning and you’re sat their with your final present to open. It’s a big one, and you know what it is. It’s that Goodmans stereo you picked out the catalogue and wrote to Santa about. Only you open the present and it’s not in there. It’s your hamster Richard. It’s your hamster in the box and it’s not breathing. That’s how I felt when I peeled back the foil and saw this [pretty the same pictures as above]

Flying United Airlines from Vancouver to Altanta (via Chicago)