It was a special occasion.  Suanne and I thought we can allow ourselves to splurge a bit.  We’ve been told that Vij’s is expensive and probably the most upscale Indian restaurants in Metro Vancouver. 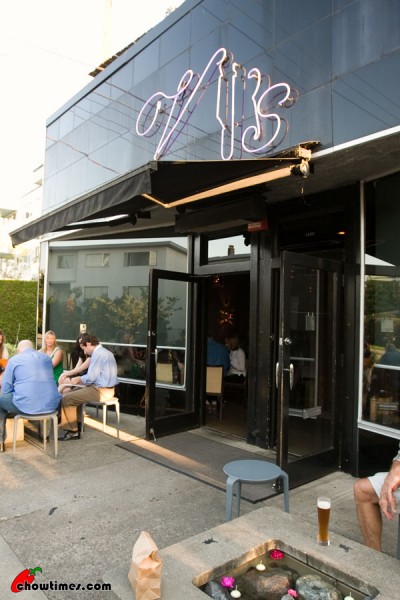 Vij’s is not operated like a restaurant you would expect.  Firstly, Vij’s does not open for lunch and they only open for dinner.  Then, they do NOT accept reservation at all.  If you want a table, you are made to wait in line outside the restaurant for them to open at 5:30PM.  I really don’t understand why Vij’s would do that to their customers.

We went on a weekday.  Arrive at the restaurant at 5:00PM, a good 30 minutes before they open.  Even then there were people there staking their spot in the self-organized line. I have heard that people actually wait for 2 hours for a table even.

By the time they were opened, there was a long line.  Actually everyone got in that evening and only just.  So technically speaking, we could have showed up at 5 minutes before and we would have gotten a table too.  But really, if you could not get a table, the wait will be up to the next table is freed up.  Assuming that the diners will take at least 1 hour for their dinner, you can imagine how long it could be.  Suanne and I took 1.5 hours for this dinner.

Vij’s is supposed to be fine dining but I really think it resembles more of a cafe than anything — very basic.   The tables were so close to one another too.  And it was really warm inside too. Some of the customers were dressed up but there are also a number of people in T-shirt, sandals and shorts. The whole restaurant is very noisy too — very much like a bazaar. Never been to Vij’s before and I certainly was surprised how it looked.

Looks and being forced to wait apart, Vij’s sure is popular … both with locals and with tourists. 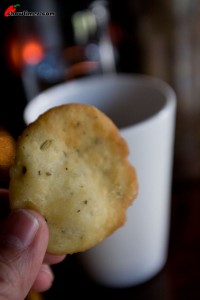 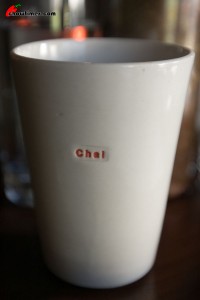 It took a while before they gotten to us for our orders. Not surprising given that they had just filled the restaurants with hungry customers (we were!). It is tradition here that they come around serving hot chai and snacks.  These are complimentary.

We had hot chai which is not sweetened. It was just a half cup. The tapioca fries was a little spicy with a texture coarser than potato. The snacks were alright, nothing to shout about really.

Vij’s had quite a wine list. I bet it is great with curries but then we don’t drink. Instead we ordered the Ginger Lemon drink which we thought sounded interested. It sure was. The ginger syrup and soda was served separately along with a chilled glass.

It was good. It is more like a ginger flavoured soda, that’s what it is … nothing more. $5.

We thought we share an appetizer and have a main each. The appetizer we ordered was the Chickpeas with Star Anise and Date Curry on Grilled Kale. $12.

It was a large plate and is meant for sharing. Interesting dish too. The hot chickpeas contrasted well with the cold yogurty topping. The Kale was leafy which soaks up well the curry. The curry wasn’t particularly spicy hot, it was just right.

The mains are served with naan and rice. They asked is we wanted the naan & rice together or separate with the mains. Not really understanding what that means, we said separate. What do they mean anyway, anyone knows?

This seems to be a very popular dish here because we saw a lot of tables having this. 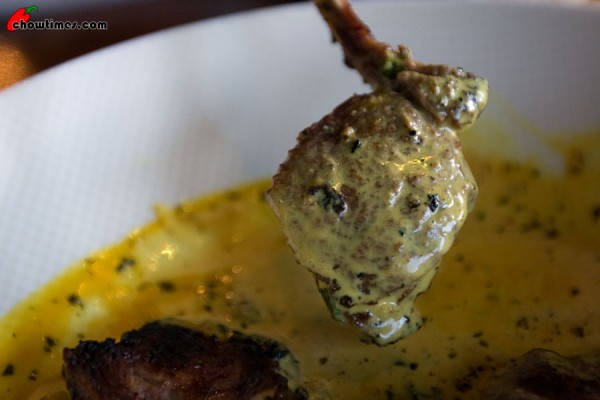 I love the lamb a lot especially with the turmeric (I think) curry with its rich and pleasing yellow color.  The sauce is beautifully creamy rich and has a very slight hint of sourness. 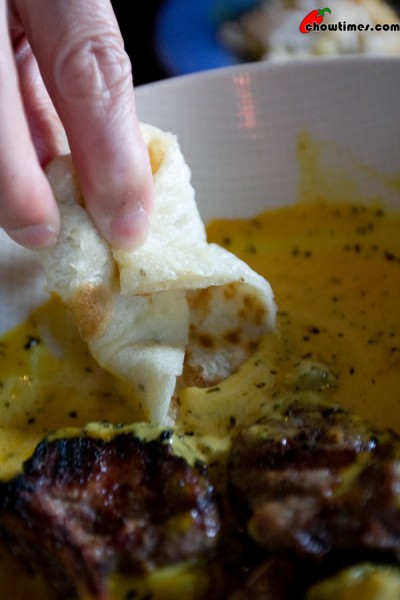 The best part is the curry. We were given four small pieces of naan bread and when we finished them, they brought more. We like that.

Vij’s naan is not fluffy or flaky. It is pillowy, if you know what I mean. I prefer it fluffy and flaky. The naan was just so-so but the curry made it good.

Suanne’s main is the Rajasthani Style Goat Curry ($26). This is served in a pot. The meat is chunky but tender. This is certainly spicier that the lamb popsicles.

I think the winner is Vij’s curry. Rich, creamy and loaded with spices. We made sure we finish off the rice drenched in the curries. 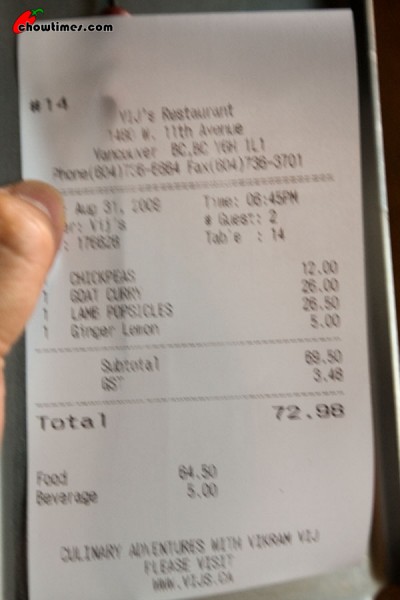 The bill came to just $73. It was not as expensive I thought it would be. I guess if I had wine, it could easily double this.

We love the food here and can see why people who just line up for Vij’s curries. 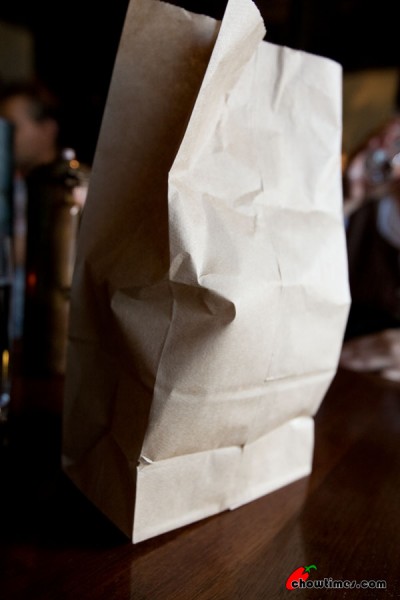 I want to add that there was too much for us that we had it to go.