It had been a while since I wrote anything about travelling. So I am gonna dig this up and share with you my trip to Chicago. I thought it would be great since the Vancouver Canucks is now in the Stanley Cup Playoff with the Chicago Blackhawks. 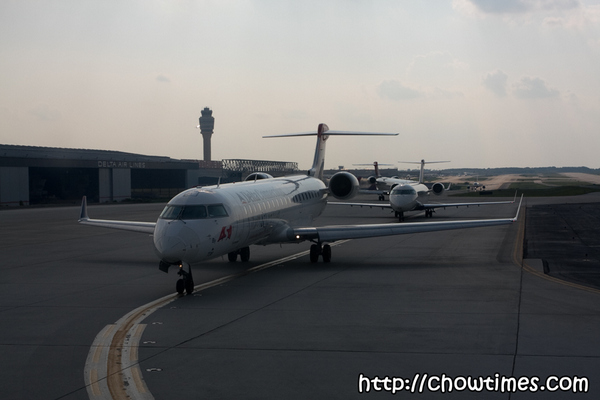 This series carries forward from where I left off in the latest Atlanta series … a long time ago! I was in Atlanta for a two hour meeting — just for the two hour meeting. Can you imagine that? Well, the boss wanted me to just be there for a face meeting. That sounded great by me as long as someone gives me a project code to charge the trip to.

My company’s Travel Services booked me on United Airlines between Vancouver and Atlanta with a stopover at Chicago. I took the opportunity to change itinerary to stop for a few days in Chicago on the return leg. I love my job. 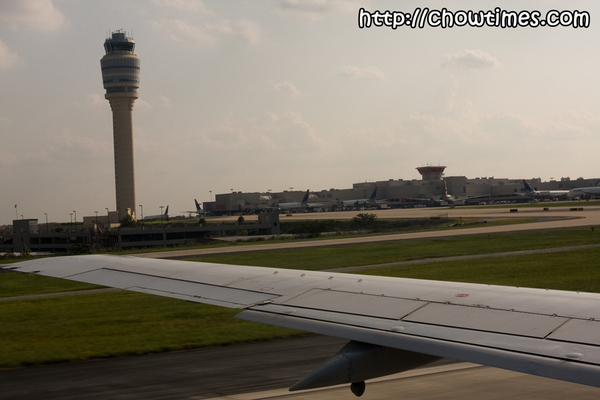 I took off from the Hartsfield-Jackson Atlanta International Airport. I had been to this airport so many times that I know this airport better than YVR (Vancouver International). This is also the busiest airport in the world … all thanks to Delta who made this airport its hub. Airports in the US are big mainly because they are a hub for some big airlines. I think if Delta does pull out of Atlanta, this airport will cease to be the busiest.

There are almost 200 gates in all at ATL spread over six concourse buildings. They are so big that they have an internal train system which is one of the busiest in the world … moving 5 million people per month.

Look at the sheer size of the parking lots for the ATL airport. It’s amazing isn’t it? This is just the western side of the airport. There is still more on the eastern side too. This has to be one of the most efficient airport if you ask me. 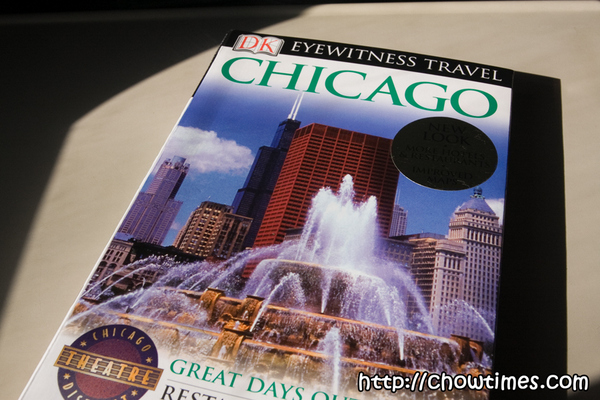 I had never been to Chicago before. Well, I had transited at the Chicago O’Hare International but that doesn’t count if I had never stepped out of the airport, right? I bought a travel book and read it on the flight … frantically deciding what to do when I got there.

It was just a short hop from ATL to ORD. ORD is the airport code for the Chicago O’Hare International. The ORD code was assigned when this airport was then known as Orchard Place Airport. The airport code never change like in many well established airports.

For instance, Beijing is still using … PEK (for Peking) and Mumbai is still using BOM (for Bombay). One thing I am kind of proud of is the Y** series of airport codes. That entire Y** series belongs to Canada. And we are the only country in the world who snagged that right.

Oh yeah … that’s right. It’s cool having the entire series but on the flip side you don’t quite know what the codes mean. Well YVR is Vancouver, that is easier but who would have guessed that Toronto Pearson is YYZ?

Did you know that after ATL, ORD is the second busiest in the world. ORD used to be the biggest but lost that title in 2005.

Again, ORD is big because it is the main hub for United Airlines and secondary hub for American Airlines. Just a few days ago, United announced the merger with American Airlines. Once completed, the merged airlines could make ORD into a super hub like what Delta made ATL to be. 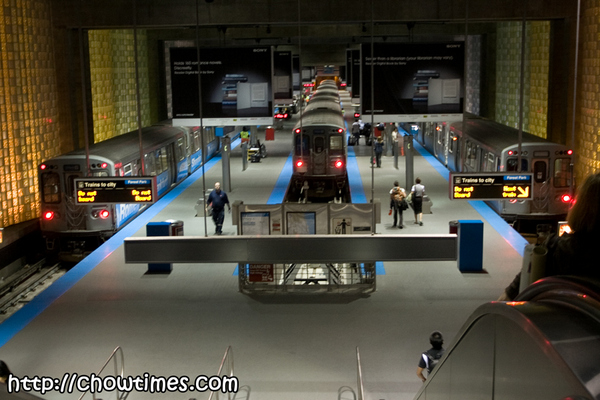 What I love most about the Chicago O’Hare Airport is this … they have a train station that runs directly from the airport right into downtown. OK … many airports have this too but I have never been to one where the fare is only something like $4 and it goes directly to the doorstep of hotels. And the train stopped directly to the front of my hotel in downtown Chicago too.

At that point I like Chicago already. Stay tuned on this travel series … there will be food. After all, Chicago is the home of McDonalds, Deep Dish Pizza, and Chicago Style Hotdogs. It is also the home of Oprah, and the first skyscraper.

Oh … it is also the home of the Obamas.