So I had three nice days in Chicago as a side short vacation from a business trip in Atlanta. By the third day, I felt it’s just time to go home. I was getting home sick. No matter how exciting vacation are, ultimately I yearn for my own bed and my own pillows. I needed home cooked food. 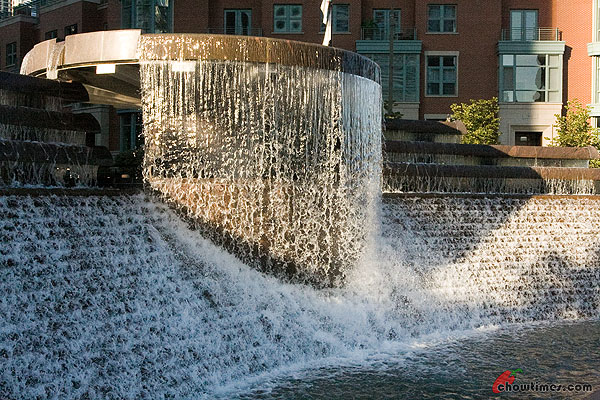 The last touristy thing I did was made a visit to the Centennial Fountain.

Anyone walking past this fountain would have just dismissed this as a nice big fountain but I thought this is a well designed and well thought out one. It speaks so much about Chicago River and how it had a positive impact to the quality of life in the city. 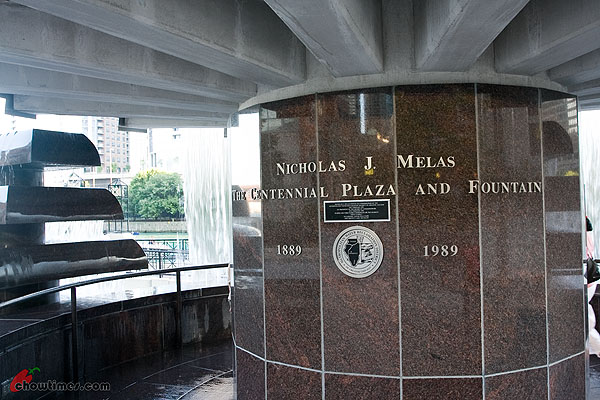 Located in the north side of the Chicago River shortly before it connects to Lake Michigan, this place is called The Centennial Plaza and Fountain. It is built in 1989 to commemorate the 100th year anniversary of the completion of the reversal of the Chicago River.

The Chicago River used to flow into the Lake Michigan, bringing along it sewage and contaminating the lake. As the city grew, this became more of a problem as it polluted the drinking water and caused diseases.

So a massive engineering project was carried out to reverse the flow of the river away from the Lake Michigan and into the Mississippi River. 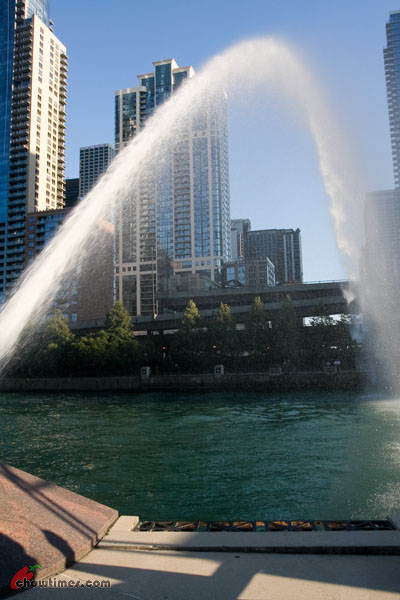 The Centennial Fountain shoots a water arc across the Chicago River every hour from … 10AM to 2PM and from 5PM to midnight everyday. This will go on for about 10 minutes. 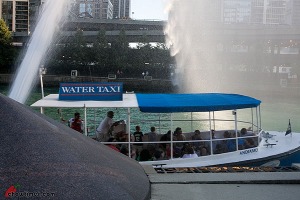 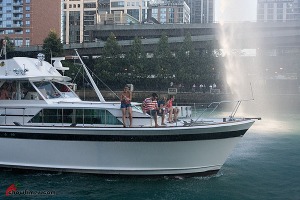 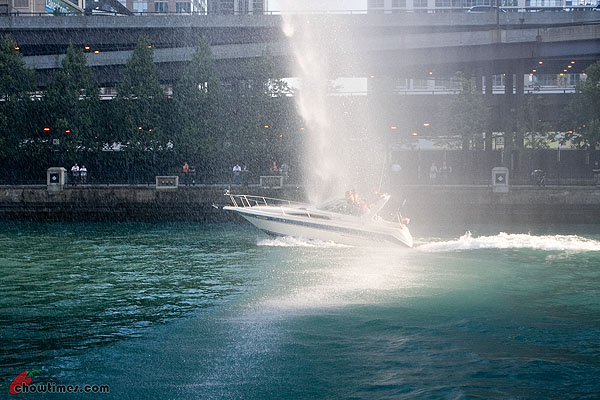 It was fun watching boats cruising under the fountain. Some chose to pilot it head on to the water arc. 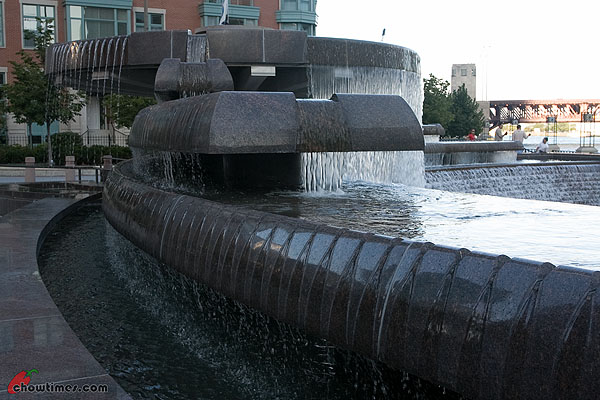 The fountain consisted of a series of steps with the flow eventually to a lower level pool in the middle. 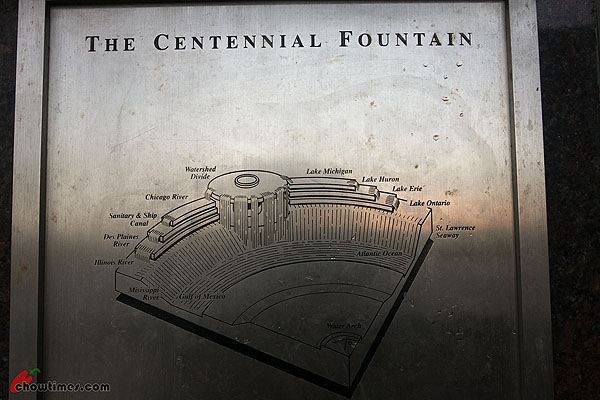 The design actually depicts the flow of the water from the watershed divide travelling thousands of miles into the Atlantic Ocean and Gulf of Mexico. I thought it was pretty neat. 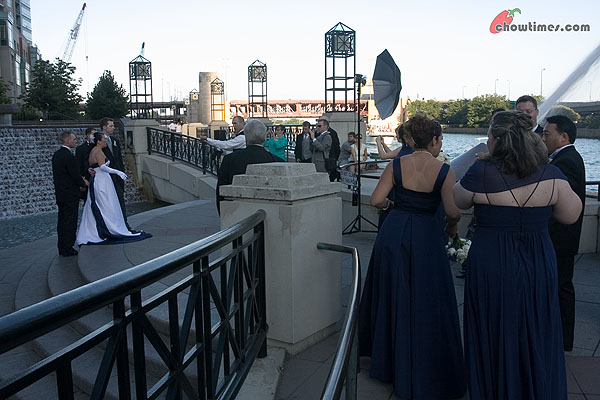 This is obviously a favorite spot for wedding pictures. 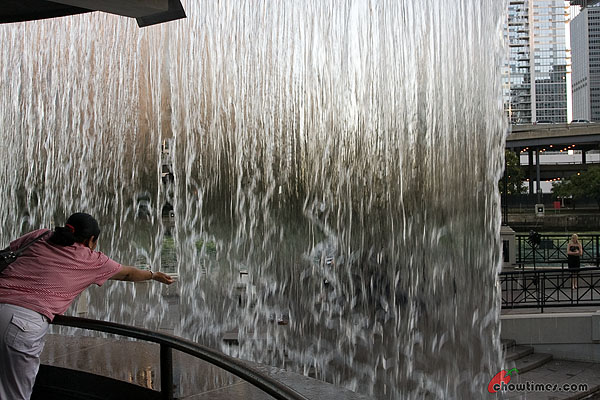 So with that, this concludes the series on Chicago. 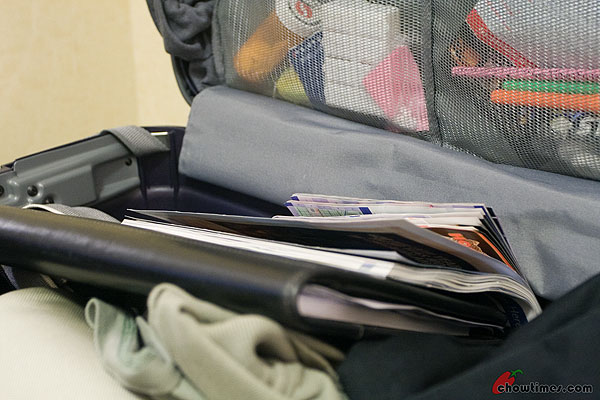 I was glad to start packing again to go home. Oh BTW, you don’t have to take a closer look. The thing under the file is NOT my underwear. LOL! 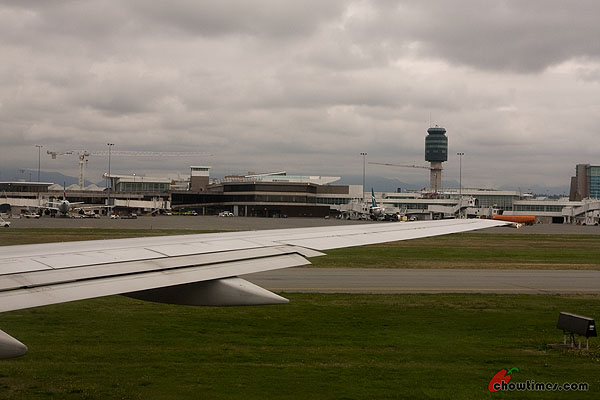 Home sweet home. YVR … my favourite airport in the world.

So, let me know what do you think of this Chicago series? From the traffic I saw for the last few days, it seems like many of you are not too keen on travel series. That is why I fast track this series because I think you all prefer to read about my eating exploits. Is that right?

Chicago: Getting Around on The “L”