We were totally exhausted from the day before. We had just taken a train from Seville to Madrid, visited two museums and then went to bed late because we wanted to soak in the air of festivities on a Saturday night in feisty Madrid. There are so many things happening that we just did not want to retire to the hotel early.

Compared to Madrid, Vancouver does seems like a ghost town. So we have our Granville Entertainment District but it is nothing like what we see here. 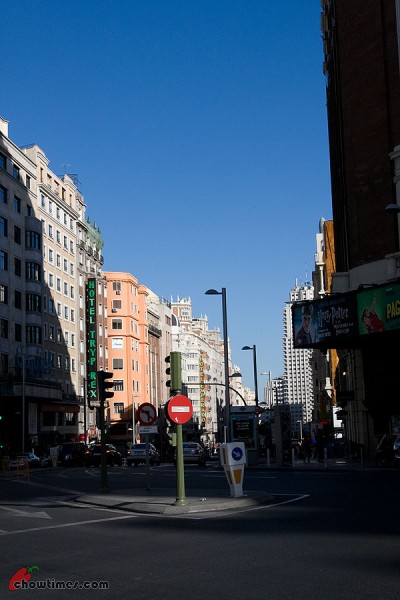 With another exciting day ahead, we woke up early. The traffic was really light on Gran Via. I think it was because it’s Sunday morning and most people would have still been sleeping after partying on the Saturday night before.

It was a good respite too from the heat. The morning air was surprisingly chilly. Most restaurants are closed but there were a few that remained opened. 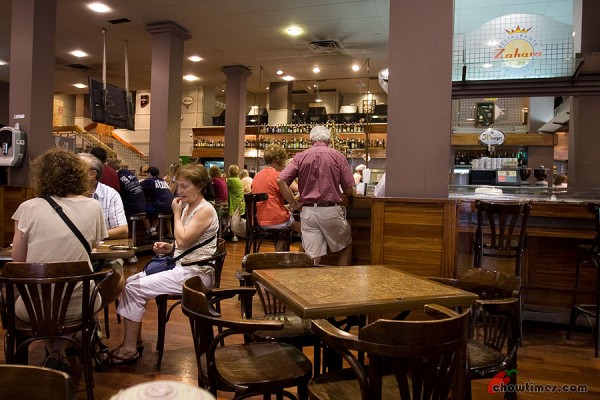 We decided to just go to the restaurant that was just around the corner of our hotel. The name of that place is Zahara and it is quite spacious. It does seems like a tourist restaurant because most of the customers we see are tourists. And a lot of them are American tourists too, or so it seems to us from the way they are dressed and their English.

The waiter spoke very good English and so we had no problems here. We were asked if we wanted to be seated by the bar or at the table. It appears that it is cheaper if you eat at … the bar than at the table.

We took the table because we just wanted a little bit more quiet. Yeah, I needed time to plan for the day because I had very little idea what to do for the day except that it is Sunday and that the biggest thing in Madrid on Sunday is the El Rastro Flea Market. 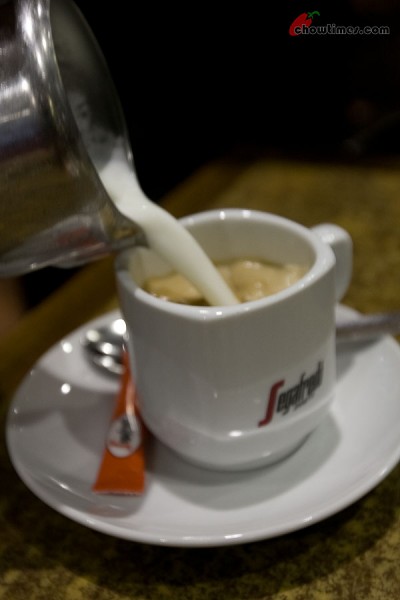 Suanne had the Cafe con Leche as usual. We love their coffee a lot. It is half scalded milk and half strong coffee. This place is different in that they brought the milk separate from the coffee and poured it on as they served it. 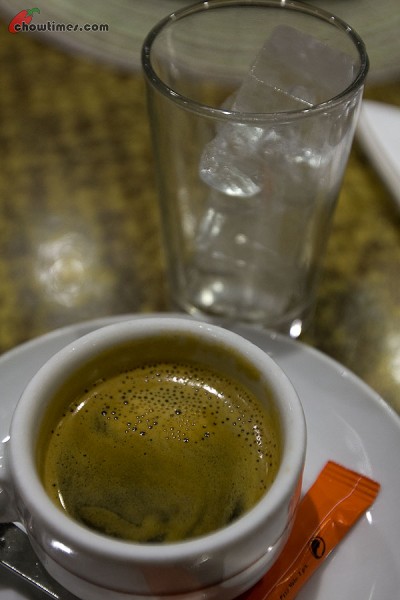 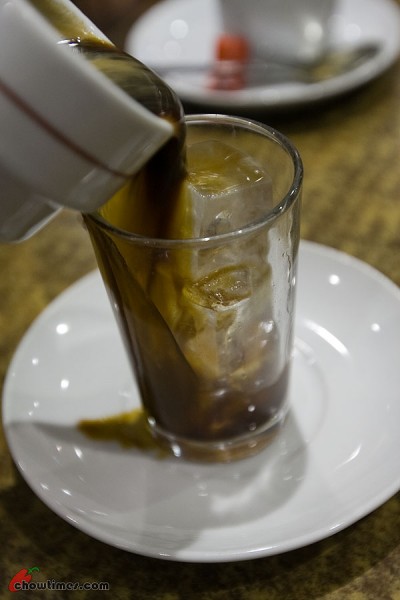 As for me, I wanted something cold and got the “hielo” version. Hielo means ice in Spanish. 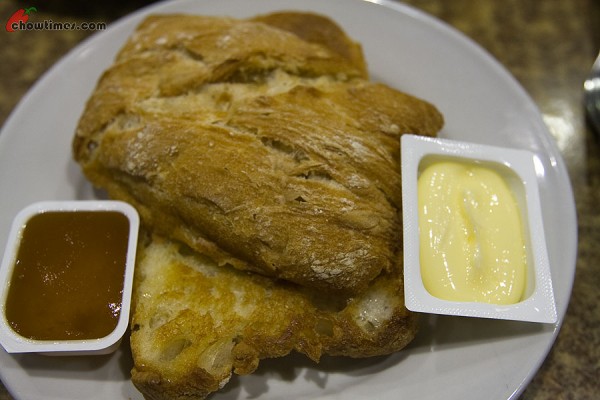 We both got simply toast with Marmalade. Don’t you think that their bread look just wonderful? We don’t see a lot of sliced bread here. That is why I am so amazed with the Spanish people and how I think they take their food seriously. 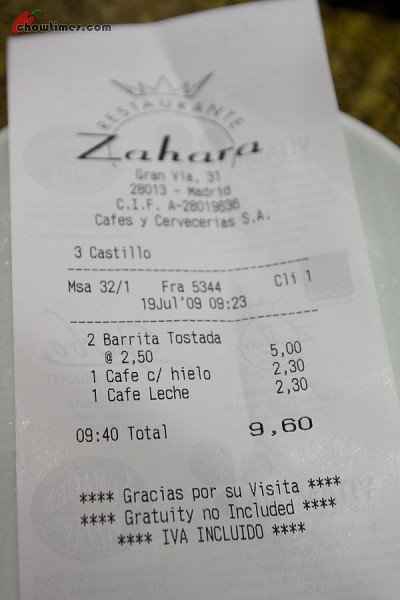 Breakfast here is a bit more expensive. This is about $14 Canadian … just two coffees and two toasts. 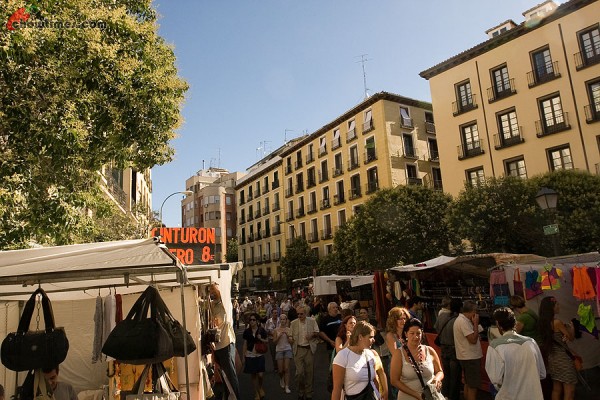 We hopped on a Metro train and got off at the La Latina station. The La Latina is the oldest section of Madrid.

We got to the El Rasto Flea Market at about 10AM and we were taken by complete surprise the sheer size of this Sunday market. We had just been to the one in Barcelona and we thought it was just about the same thing. This one is many many times bigger and stretches to several long streets. 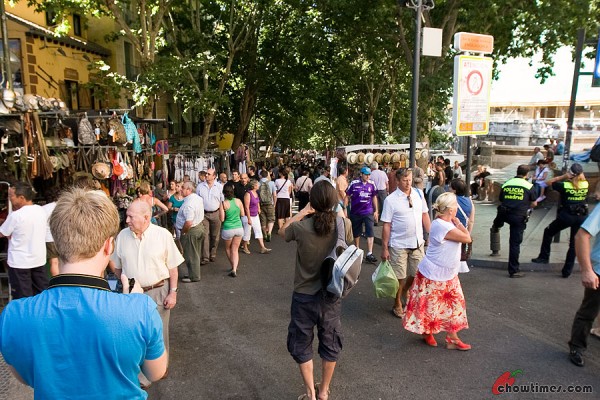 At some sections it is so packed with people you got to push your way through the crowds. We were also warned to be careful of pickpockets. So we were quite afraid of that and held our bags close to our chest. Yeah, we emptied our back pockets too.

There were so many things we wished we could buy to take home. We did not because we traveled light and there is simply no room at all. The flea market is well organized and the thousands 0f stalls were grouped by the wares they sell. 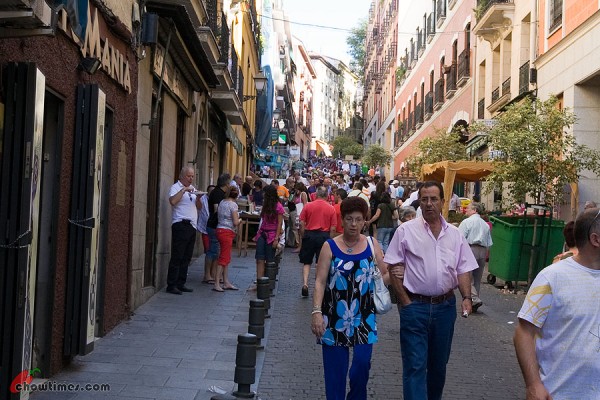 It was exhausting walking around the whole market because of the steep hills. Going downhill was easy. But we had to also go back uphill too. 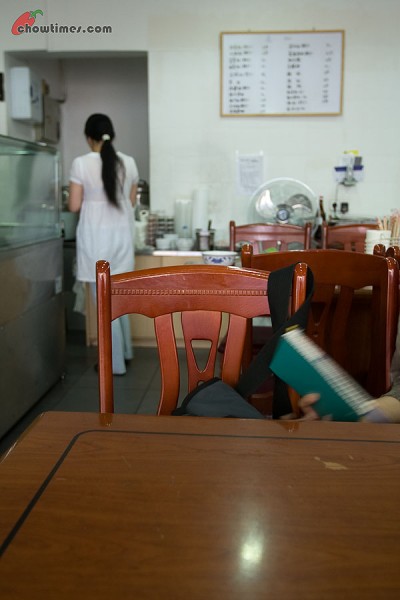 We wanted to stop and get a drink.

It was then we came upon a Chinese restaurant. It had been two weeks already of tapas, Spanish food and all the good stuff. Too much of the good stuff.

We were greeted warmly by the Chinese guy in the shop in Spanish. When we told them we speak Mandarin, they were so happy. LOL!

They were curious as to where we came from. So we told them “woh men si chong jianada”, we could see the slight disappointment in their faces. *shrug* 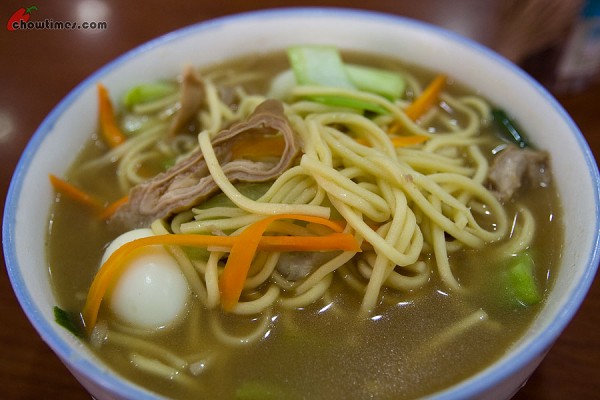 This has got to be one of the most memorable meals we ever had. It’s not that it was great or anything like that but after 2 weeks this does feel like a feast. These are simple noodle soup dishes and so simple that you only find this made at home and not in a restaurant.

Suanne had the pork intestines noodle soup which also has a couple of quail eggs and some bok choy. 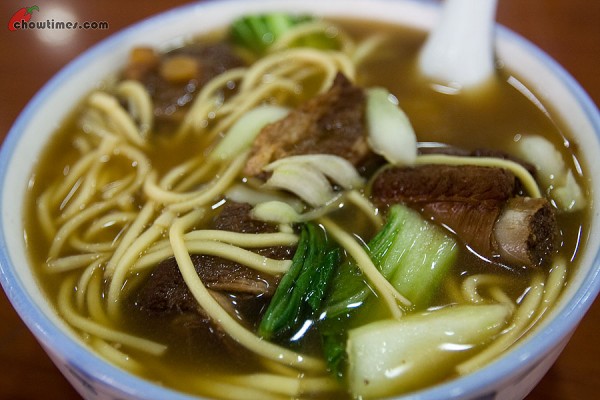 For me, I had the pork rib noodle. 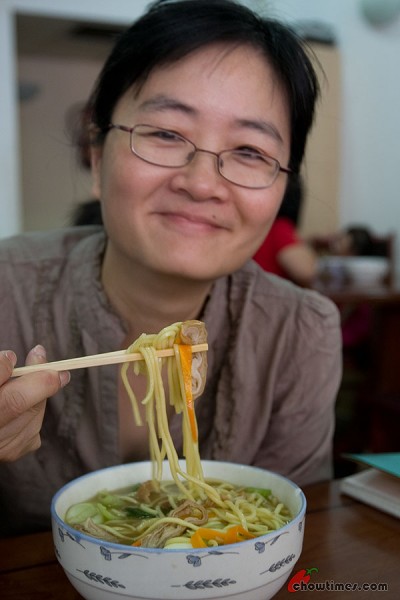 Trust me. We felt so “chai leung” (Cantonese) and “kelian” (Mandarin). The best English word to describe it is “pitiful”.

Look at the “kelian” look in Suanne’s smile. I swear that her eyes were starting to mist up. Don’t you think so? LOL!

Yeah, it was one of the best meal we had in Spain. We cleaned up the bowl nicely … not even a drop of soup was left in the bowl. 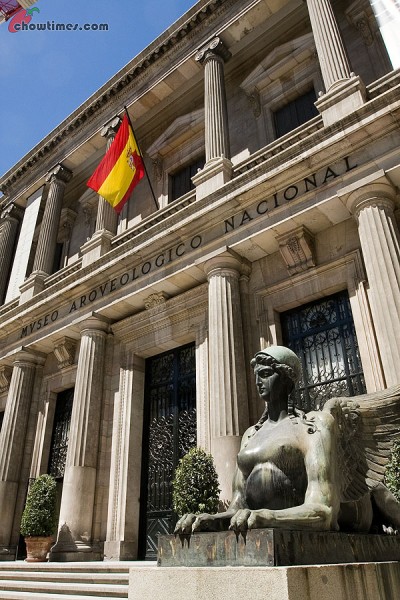 Getting there was not easy because it requires walking about a block to the site in the heat. When we got there, we were totally disappointed because the museum was under renovation. 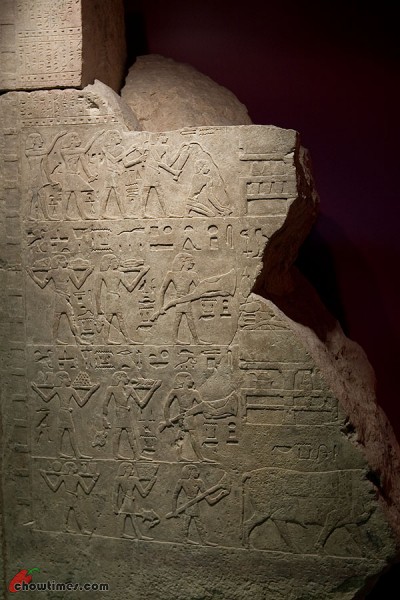 Only a very very small section were opened while the renovations was on going. It was so small that we covered everything in less than 30 minutes. A total disappointment. This was supposed to be THE highlight of the day and we planned to spend the entire afternoon here. 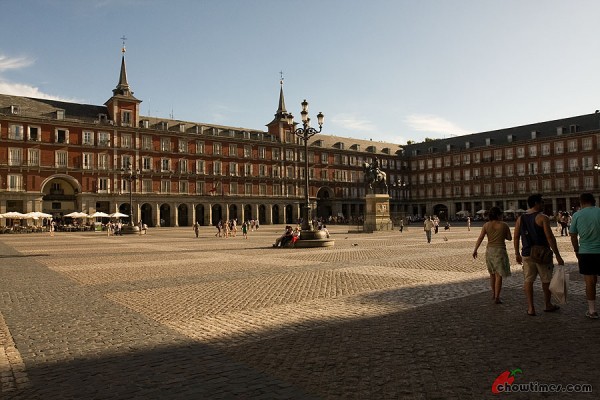 So with no Plan B for the day, I decided that we should just go to the Plaza Mayor.

There is not a lot to see there in this huge historic plaza. There are a few performers. So we parked ourselves under the shade and just watch from the distance. 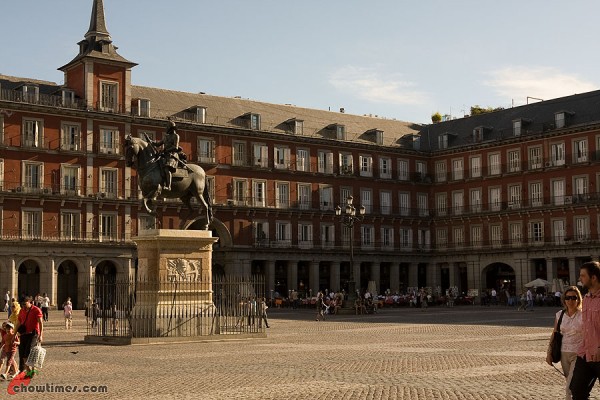 There are a lot of tourists for sure. Along the side of the Plaza Mayor are some restaurants, obviously overpriced ones meant for tourists. 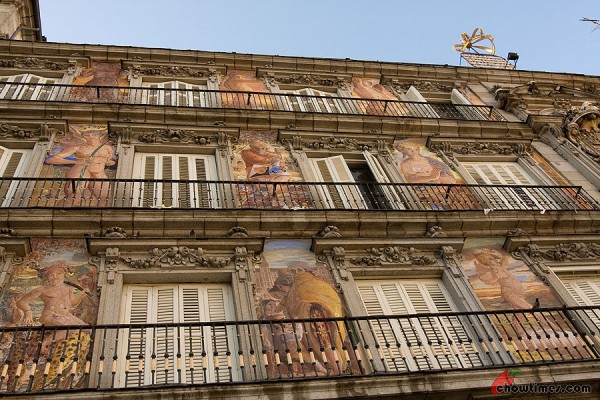 I wished I had more info at hand on the history and the significance of the painted facade but my guide book doesn’t have much info other than that this is a public place for many events including bullfights, executions and also functions as a market.

Anyway, we had a relaxing time that day. I even took a short nap there. 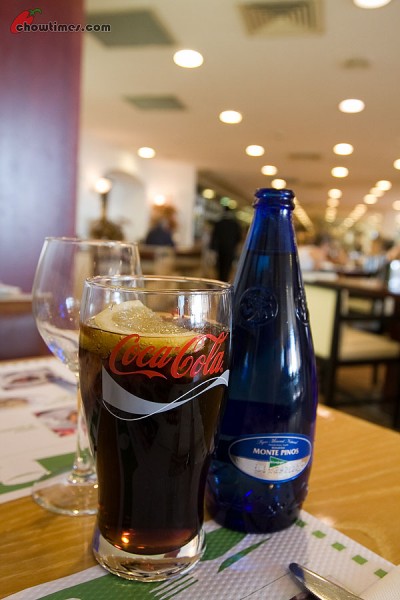 All in all, our second day in Madrid was rather relaxing. It was just right too because we were beginning to feel the strain of being on the feet for so many straight days already.

We went to El Cortes Ingle’s for dinner. They are big department stores and always have a nice simple restaurant … where we know they speak English. There was just one around the corner from our hotel and we headed there. 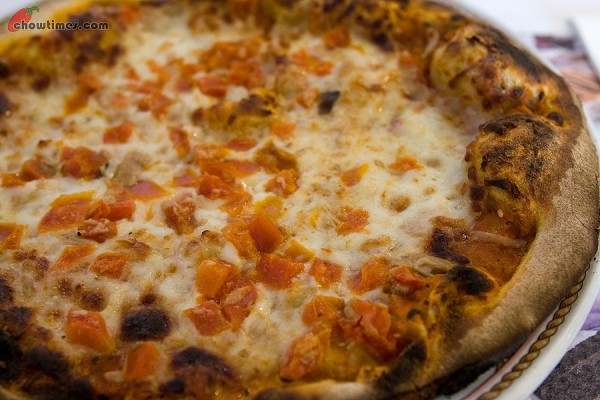 I had the Pizza de Atun which I think is tuna pizza. I can’t recall if I ever had fish pizza before. 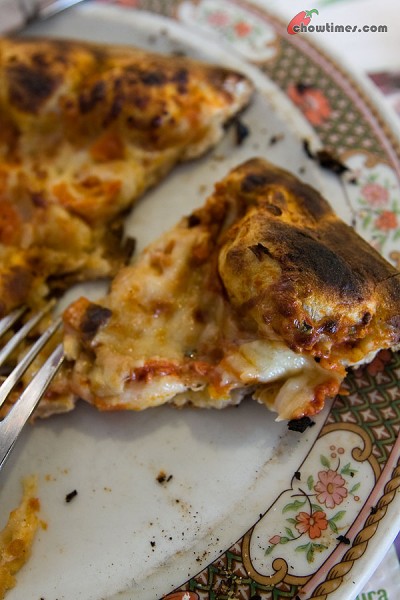 This is 8.25 euros and had a delightfully thin crust and charred edges. Surprisingly well made for a department store restaurant if I may say. 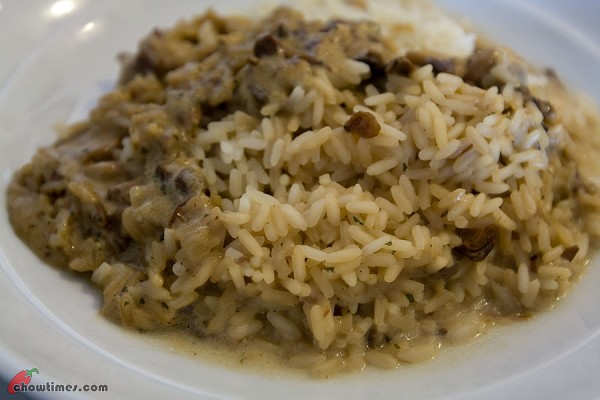 Suanne had the Risotto al Funghi. Yeah, both the Pizza and the Risotto are Italian, not Spanish but we did not care. After all we had Chinese for lunch earlier that day.

The Risotto had a mushroomy flavour. 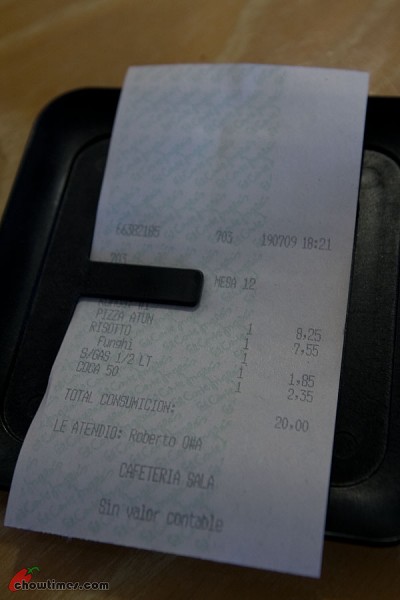 There you go … day 2 in Madrid. A relaxing day.

You know, for me, my duration limit for a vacation is two weeks. For some reason, after two weeks, I just want to go home but we had four more days to go!

Madrid: A Memorable Day In Toledo