After the suckling pig lunch at the world’s oldest restaurant, we went for dessert. High on our list of stuff to eat in Madrid is churros and hot chocolate. Yeah, we had eaten that several times already for the past two weeks but visiting this one restaurant is gonna be different. This time we are going to the restaurant that is regarded as the best. 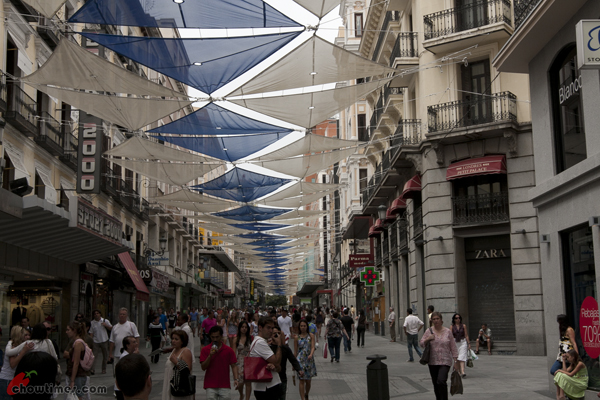 Central Madrid is not very big. We could walk to most of the places. So we walked to look for the restaurant. I knew it was along Calle Arenal which is just minutes from our hotel. This is one of the many busy pedestrian malls radiating from Puerta del Sol which is the center of Madrid.

We walked up and down this street three times and could not locate a place called Chocolaterier St Gines. 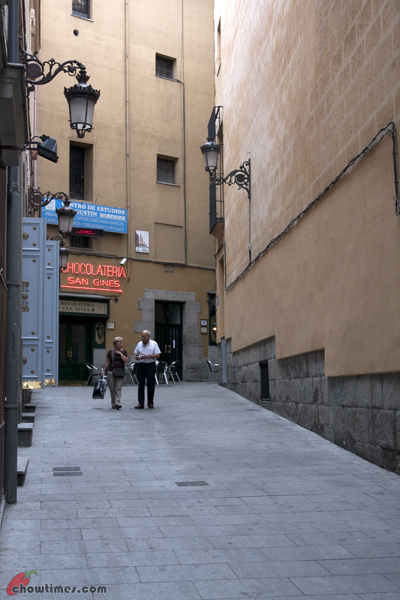 It was only the third time on this street that we finally spotted a lighted sign with that name. All the while we thought it was going to be on Calle Arenal but it was not. It was on a side street and if we did not look hard enough we would not have noticed at all. 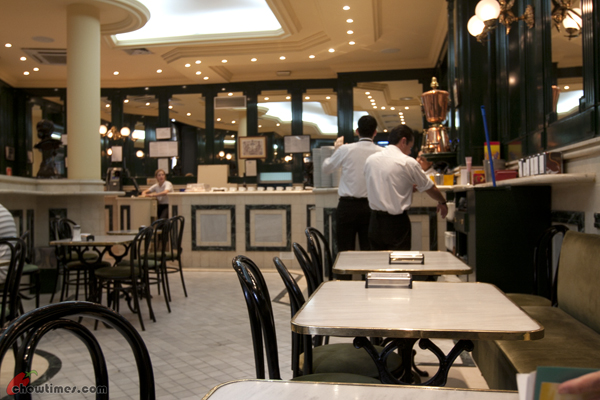 I love that place. It is hard to believe that this restaurant had been around for the past 120 years. The place looked like the same as it was back when it opened. The place does look upscale and definitely very clean and bright which is accentuated by the mirrors and waiters in white shirts and gelled hair.

See the big shiny copper pot in the picture above? That is where the hot chocolate is dispensed from.

Gosh, this place reeks of sugar and sweetness that I can virtually feel it. 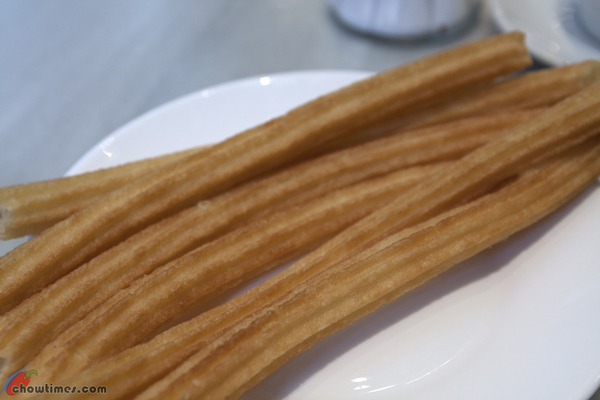 They do have other things but every table we saw had churros and hot chocolate.

We are here for that only. So we said to the waiter that we wanted churros and hot chocolate but he asked us … 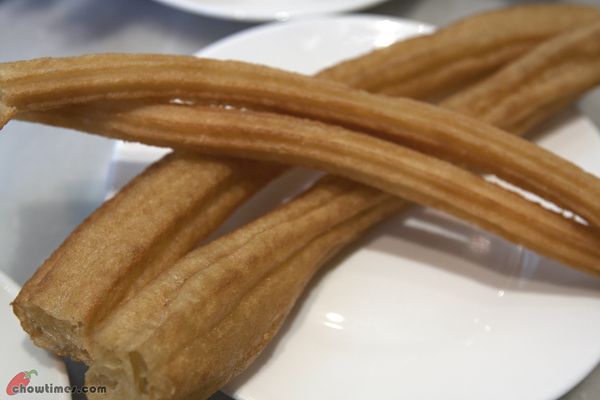 … if we wanted the thin or thick churros. It was the first time we heard that there are different type of churros.

So obviously we got both not knowing what the differences are. We did not bother to ask more question because the waiter was just struggling to converse with us in English.

The thinner churros is the regular ones that one would normally have. It is crunchier. The big churros is more doughy and frankly, it reminds us a lot of the Chinese yutiao.

The churros made were in long spirals and they cut it up before it is served. 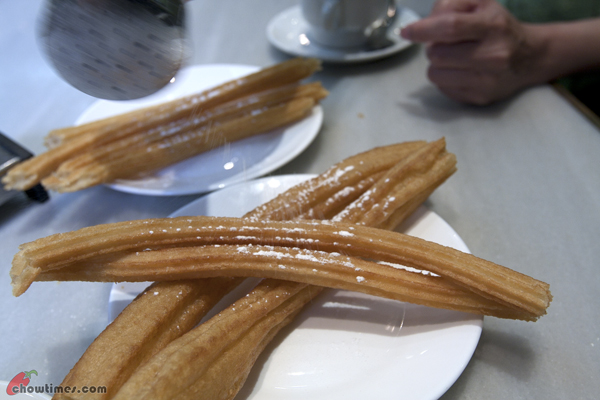 For someone with a sweet tooth, Suanne was totally delighted here. They have icing sugar on the side in case you want more sweetness. 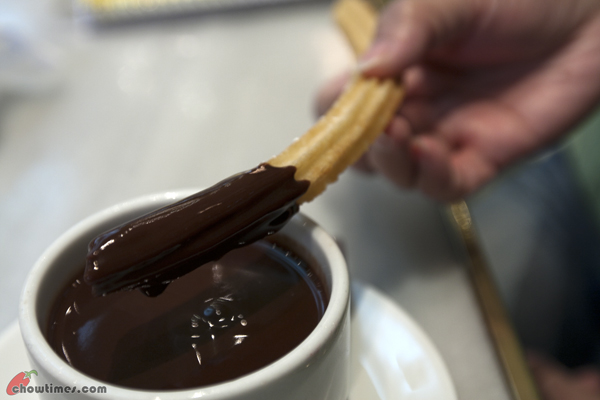 We were saying to ourselves that if there is just ONE place to recommend people coming to Madrid, it is this place. It is cheap too. I think we spent only about $10 Canadian or so for the churros and two cups of hot chocolate. 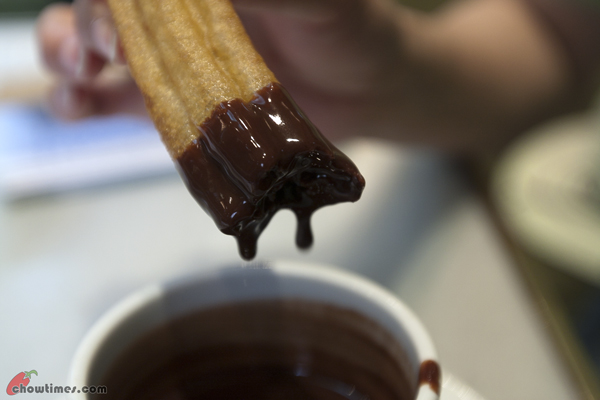 The hot chocolate is simply one of the best we had ever tried. It has that right consistency and it is rich, dark and thick. People will find it too thick to drink but I did not.

Back in Vancouver we used to have churros and hot chocolate in Dulcinea on Denman. The churros were pitifully short and the hot chocolate was just a small cup. In St Gines, it was a lot more satisfying for sure.

Since Dulcinea had closed, does any of you know where is a good place to have churros and hot chocolate?

Madrid: The Fourth Day and Visits to Museo de Jamon