After breakfast, we did a little shopping. Then Ben decided to go for a walking tour.

The walking tour registration is at the Railway Exchange Building where we can find the Chicago city model of the downtown Loop area. We were actually a few minutes late for the tour but still able to join in as the group had not leave the building.

I could not remember of the sequence and path of the walk. I think the first stop is the south park of the Art Institute of Chicago.

The above two photos were from the south park. 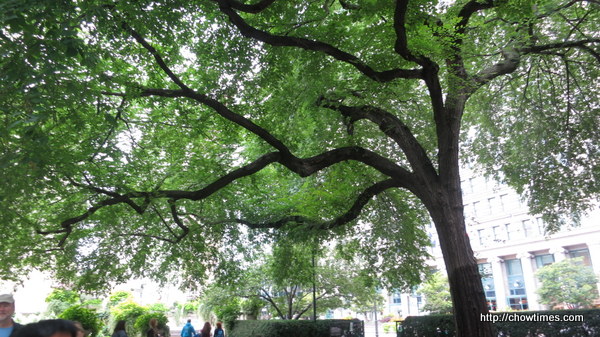 I remembered the guide pointed out the tree above (I think it’s Hawthorn) at the park on the south side which provides a great canopy for people to sit around and relax. 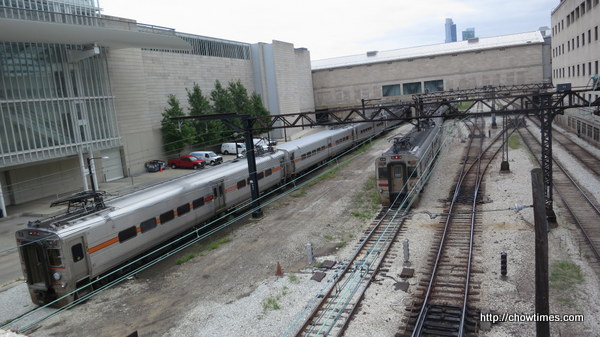 The railroad tracks between the east and west buildings of the Art Institute building.

The Lurie Garden in Millenium Park. It was built over parking garages and a commuter railroad. It is one of the world’s largest green roofs. 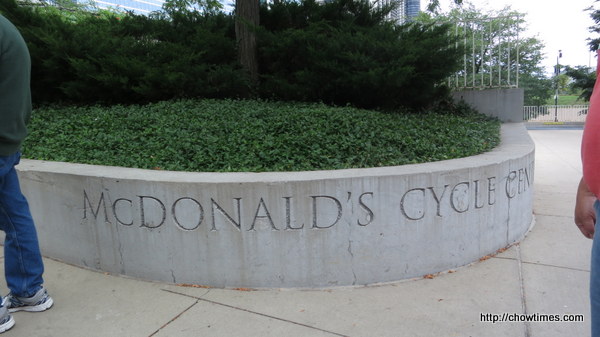 An indoor bike station in the northeast corner of Millennium Park. 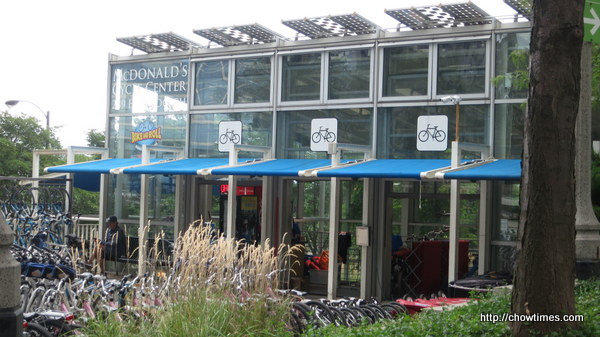 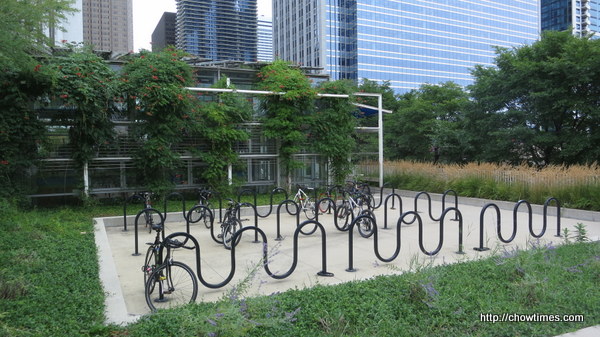 An outdoor bicycle parking facility. Biking is popular in Chicago.

The guide also pointed out the above Aqua building with stretched balconies for maximize views of Chicago’s skyline. 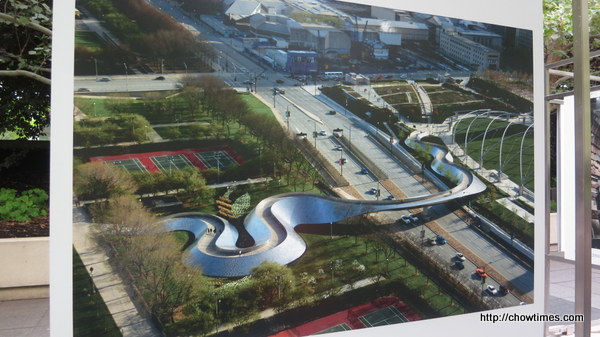 A couple of photos among the 58 displayed in an exhibition which celebrates the 10th anniversary of Millennium Park’s opening. 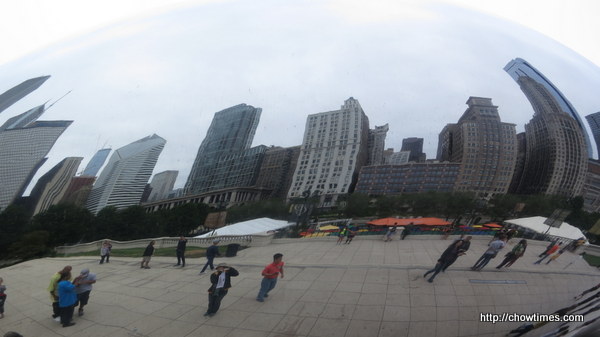 The walk also brought us to the Cloud Gate.

Finally, we got a photo underneath the Cloud Gate.

The tour ended at the Crown Fountain. The tour takes about 2 hours and well worth the time.