Last Saturday morning, we had to go downtown to pickup the Vancouver Sun Run package. So, we decided that we should just go out for breakfast for a change … and to Vancouver, for a change too. I know, we had been eating out a lot within Richmond.

So, we ended up at Fraser and E 44th. Suanne and I had stumbled upon the the Angel Cake House once before and so this is our second visit. 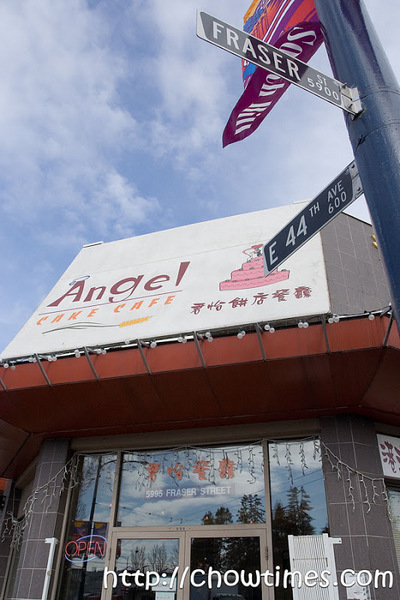 You can’t really find many other places that can beat the Angel Cake House for value. Here, you can get a hearty Chinese breakfast for under $5 with drinks included. Parking is quite plentiful along the street but it was early morning when we were there when traffic is light … especially for a Saturday morning. 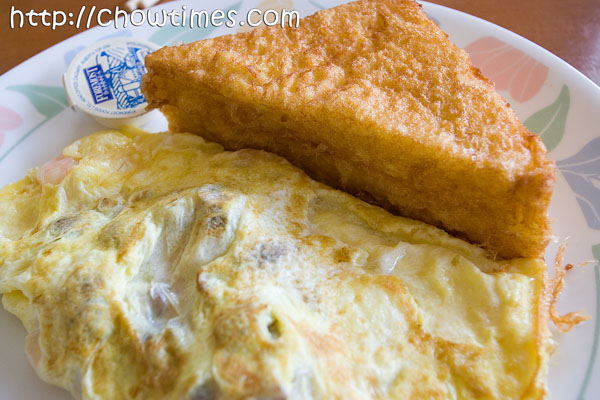 Suanne opted for the so-called “Western Breakfast” selection. For $4.95, you could select 2 items from the section. For the first item, Suanne had the French Toast and Shrimp and Mushroom Omelette. The French Toast were two thick sandwiches with Kaya (coconut jam) in between.

The omelette had a generous helping of shrimps. The mushrooms complimented the shrimps well … absolutely great with soya sauce. The only problem with soya sauce is that it is horrendous for the French Toast — we have to be extra careful not to “contaminate” the toast.

That above is considered ONE item … 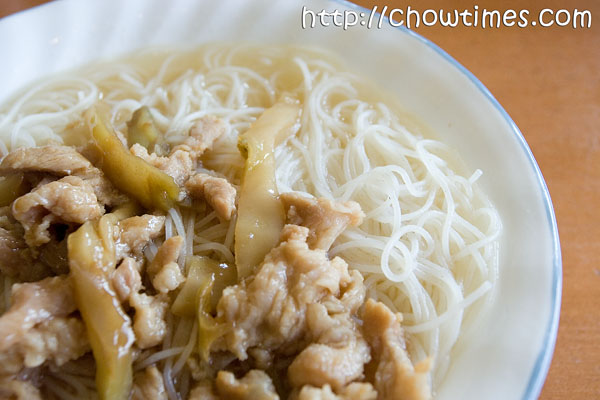 For the SECOND item, Suanne chose the vermicelli in soup with shredded pork and some pickled thingy. I liked these kind of simple plain noodle soup. Unlike egg noodles, these does not make you feel like it’s too much food. Not bad, right? $4.95 for all these food. 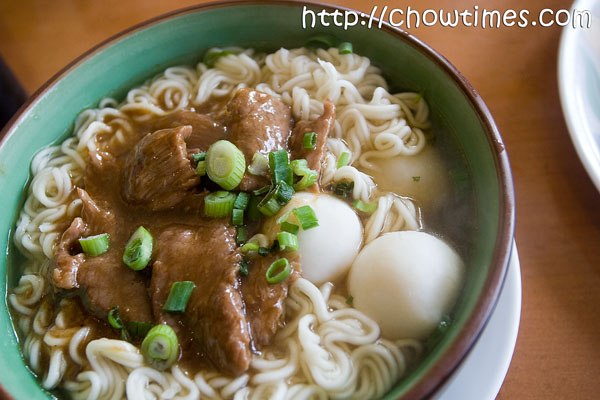 Arkensen (Nanzaro did not join us because he had training) ordered the Beef and Fishball Noodles. This is also $4.95 and comes in such a large bowl that Arkensen did not managed to finish it. Anyway, Arkensen is not a big eater in breakfast, so this is too much food for him. 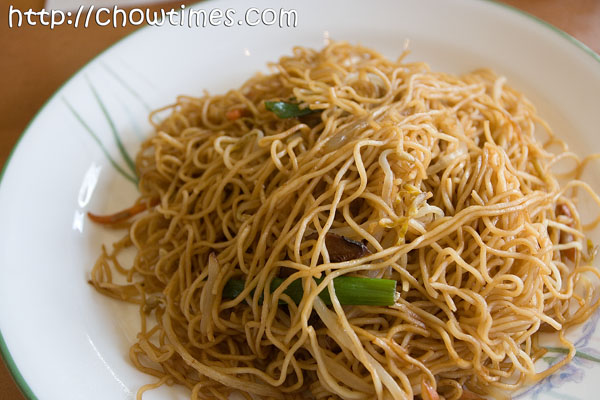 I made my selection from the “Chinese Breakfast” menu. Again for $4.95, I get to choose two items. The first was fried noodle. It was quite wirely … no, not like wires but I hope you know what I meant. 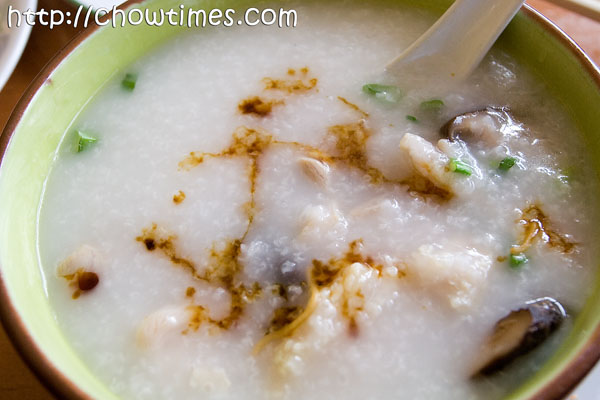 The second item was congee with mushrooms and fish. Put lots of soya sauce. Nice. 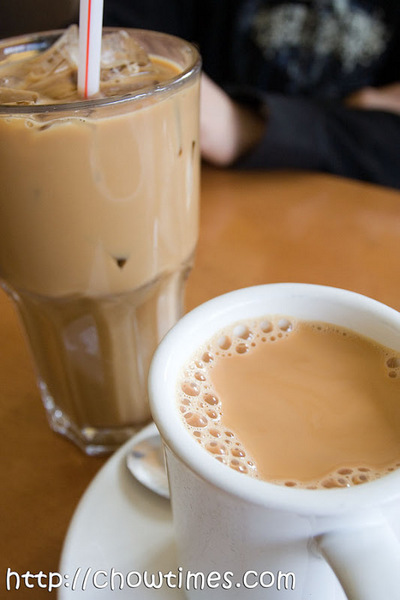 I did mentioned earlier that the food came with a free drink. We had the usual stuff, milk tea. 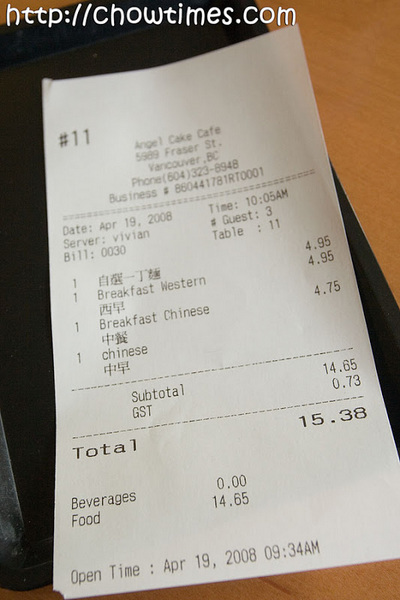 Look at that … only $15.38 for all the food. You should check this place out if you are seeking for a place for some good hearty and cheap Chinese breakfast. 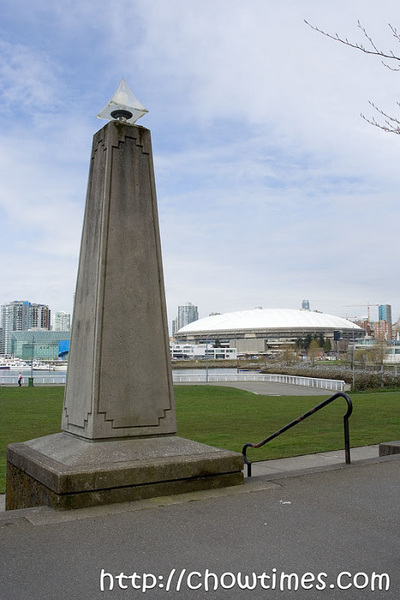 After the breakfast, we headed to the BC Place stadium to pickup the Sun Run package. Since it was a nice morning (although on the chilly side), we parked on the street near the Science World and walked over. Parking near the stadium is ridiculously expensive too. 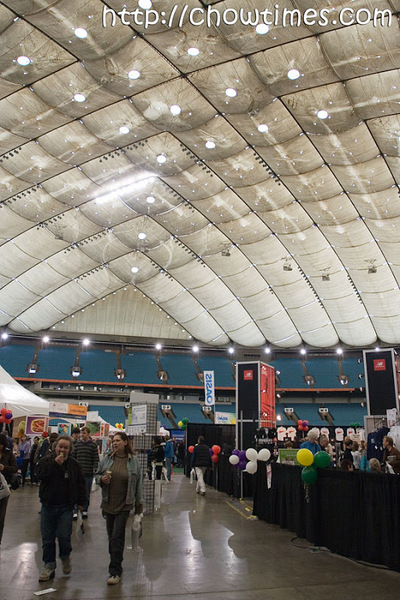 There was a small fair where you could get some freebies. The organization is amazingly smooth despite them having to deal with almost 60,000 participants. I bought a few pairs of really nice running socks which were going for just $1.50.

BTW, this is the first time I was in the BC Place since the air inflated roof collapsed. Now I can see how old and dirty the inflated roof is. It’s no wonder they are trying to replace it with a lower-maintenance roof before the 2010 Olympics. But it’ll be sad to see the famous roof go. 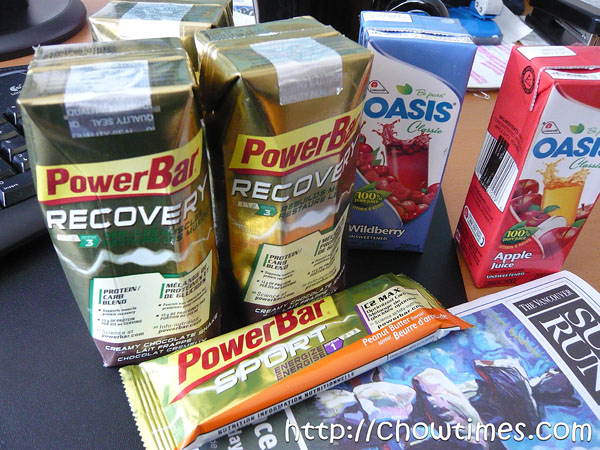 Here are some of the freebies we got. He he he … I actually expected more than these. I was quite disappointed. Oh … the Sun Run T-shirt they gave? It was COTTON! I was expecting a Technical. Oh well … 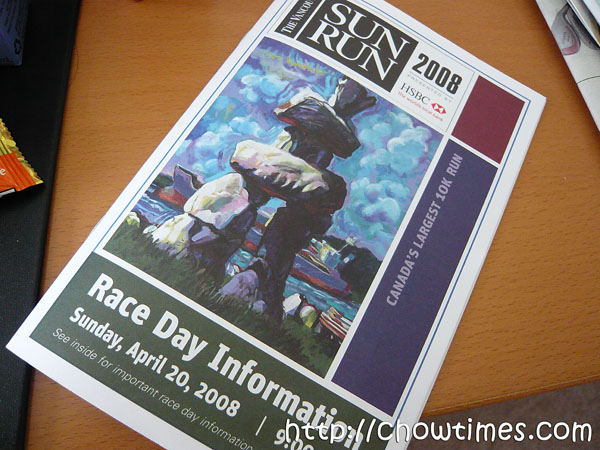 I’ll tell you about the Sun Run in my update tomorrow. This will be my second race (after the Harry’s Spring 8K Run Off). I know some of you had earlier been following my other blog (on ). Just wanted to let you know, I got lazy and had stopped updating that blog but had kept running … not a lot but at least I had kept it up to a minimum of 1-2 runs a week and up to 4 times a week. I’ll keep the blog up and if I find more time, I’ll update that.