Updated: 24th Dec 2014; This restaurant is closed according to Urbanspoon.com

Since I was already in Atlanta, I organized a pre-Go-Live celebration with the team located in Atlanta. The Project “ONE” system was not supposed to go-live for the next two weeks but at the rate things are going, we were pretty confident nothing will go wrong. So, we felt safe celebrating ahead of time!

I always wanted to go to a Brazilian Steakhouse which the folks in Atlanta always rave about. The best place is Fogo de Chau but it was too far from the office in Buckhead. So we decided to go to a nearer one called Sal Grosso.

I had the same stuff for the drinks … the “Southern Table Wine”.

I had been to the Brazilian Steakhouse before in in Vancouver — Samba’s the name I think. The one in Vancouver was sort of disappointing to me. I hoped that this was better. The table setting includes an extra item … a tong of sorts. 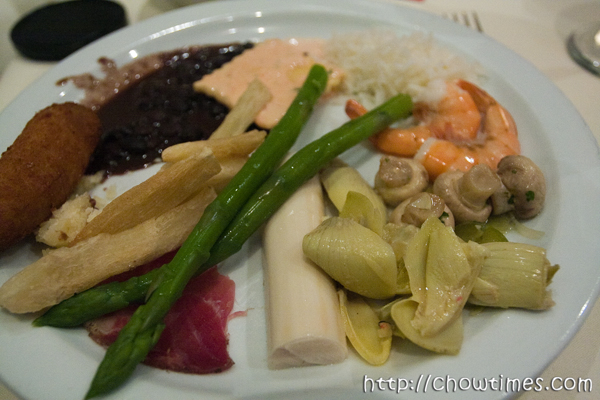 The salad bar was nothing to shout about really. I just went one round and that’s it. 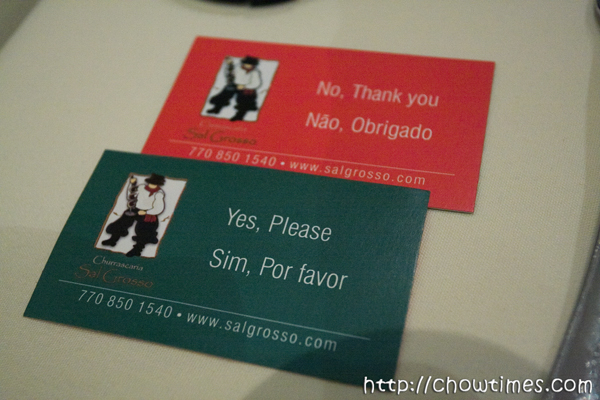 Each of us has a card … green on one side and red on the other. They had people coming around and if they see you had the card flipped to the green side, they’ll come by and ask. Problem is almost everyone of the servers are Spanish and some of them don’t even speak English. They sort of grunt and I nod if I had enough. And they are so mechanical, so you better remember to flip this to red if you want time to finish off what you have on your plate before asking for more.

Frankly, I think some of the offerings were quite sorry looking. 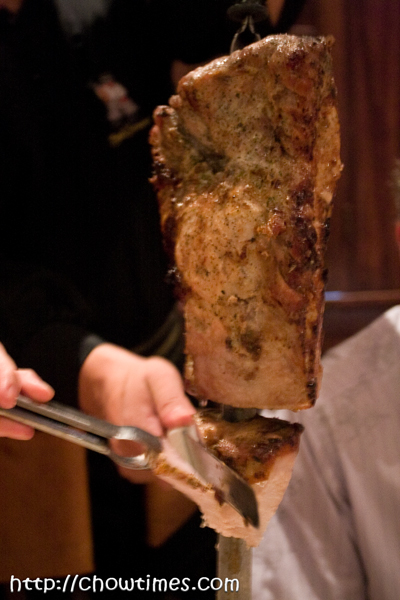 Some were good. I had a lot of meat and was surprised that the folks stopped eating quite fast. This meal is, I believe, $40 per person … just for the food and salad bar alone.

Desserts were extras. Like the meal I had at Pappadeaux the day earlier, they brought long samples to tempt us into getting the dessert. This one is even more “gua jiong” … they had seven samples and presented one at a time. Needless to say, EVERYONE got dessert even though some of us were quite full already.

I don’t even know what this is called but I got this from the looks. I remembered it was rich, creamy nice.

The bill came to over $1000 for just the 12 of us who attended. Whew! Good thing I did not have to pick up the tab and expense it. This is because the company entertainment policy is to have the most senior person pay and expense.

I am quite disappointed with the offering, frankly speaking. The setting and interior decor was great but the most important part … the meat … were just so-so.

Atlanta: Courtyard by Marriott in Cumberland

Flying United Airlines from Vancouver to Altanta (via Chicago)