It was one of those nights.

We are not night time eaters. As a matter of fact, we have our dinners rather early, as early as 5PM everyday. That night we were just hungry at 9PM even though we had the normal meals. At the time of the night the options are somewhat limited as we could think of only three places … Hon’s, #9 Restaurant or E-Canteen. 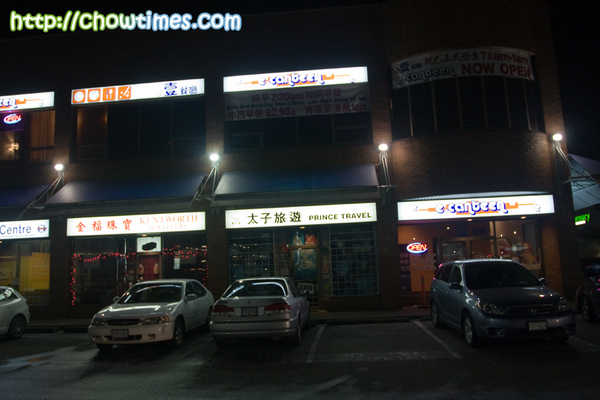 We like E-Canteen. We can’t quite figure out why. Maybe it’s because it is so predictable … getting there is easy without getting tangled in the nightmarish No 3 Road traffic. Or maybe it was because parking is so predictably available despite the relatively small size of the parking lot. Maybe too it is because they make respectable Laksa and has a wide variety of food. But we do like the service … it is not that it is superb but they are responsive and sincere. It is also very family oriented. 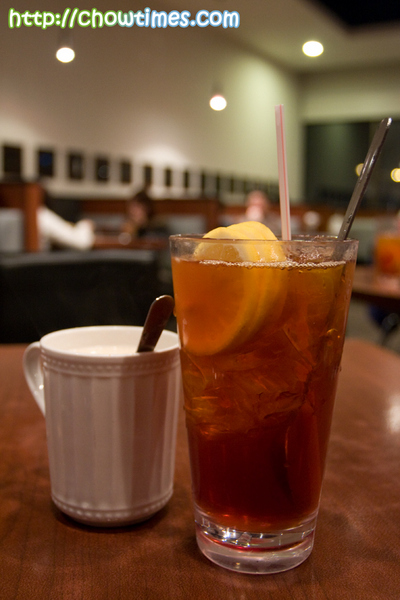 I know … we also like the free beverages which came with most items on the menu. Sometimes I feel that it is a great idea that every restaurant should come up with a menu which includes drinks for every dish. I mean, build in the price of the standard drinks. I think many people would appreciate it … we would.

Guess again … who ordered the Fried Rice. Nanzaro can finish this whole dish by himself. It is Salted Fish Fried Rice … my boys’ favourite. $7.

Suanne and I shared a dish. We felt kind of guilty eating a full meal right before bedtime. Sharing the guilt makes it easier on both of us.

This is called Burger Steak Egg. Strange name it was enticing. It came with either steamed rice or spaghetti. We also had a choice of gravy which we opted for black pepper.

It also came with a choice of soup. Like most other HK Style Cafes, the choice is between a broth-y Chinese soup or creamy western style soup. 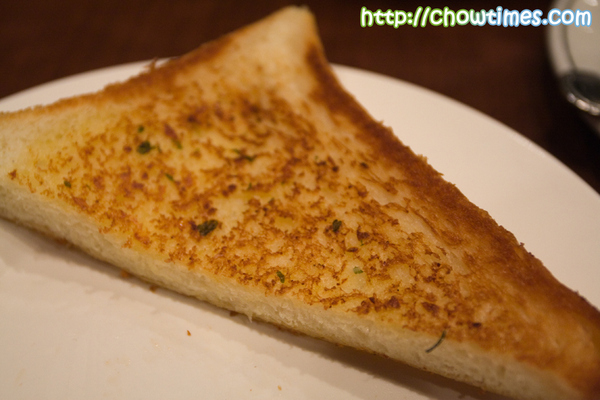 But wait … it also included a piece of toast. All these for just $8 bucks … with 5 cents change too. Can’t really beat such a deal right. 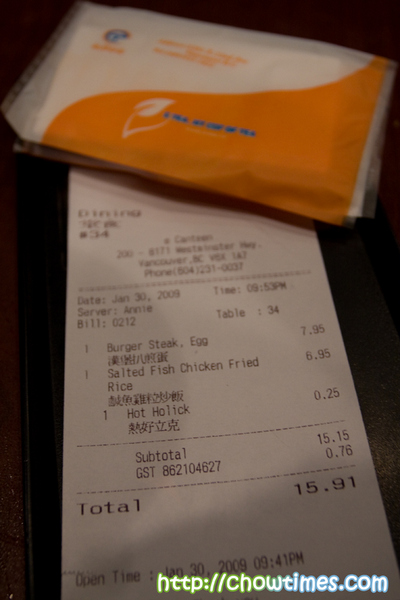 The damage is just under $16 before tips. Now, I know why we always come back to E-Canteen. It’s because they give us such good value.

They gave us a small pack of tissue paper. They were pimping their new outlet called E-Tea. That is one more place for us to check out.