Here is a short series of our overnight trip to Seattle. I had a week off work and since we had an invite to do a review at the Seattle’s Pike Market, we thought we might as well make the most of it and go on a mini culinary journey of sorts there.

We did our selection of restaurants solely through Urbanspoon for Best Restaurants in Seattle. We figured we could not go wrong there. 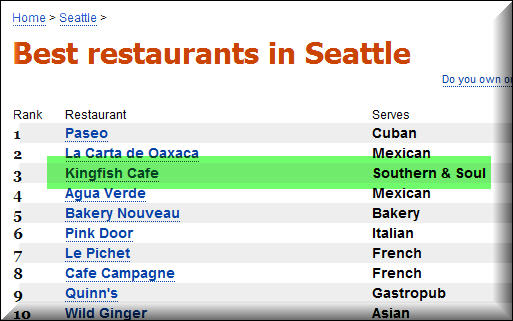 #1 was Paseo which we had visited before and blogged about it too. Suanne and I don’t fancy Mexican which rules #2 La Carta de Oaxaca out as a choice. #3 is The Kingfish Cafe and it is Southern and Soul food … which is exactly what I wanted Suanne to try. I had quite a bit of Southern and Soul food in my travels to Atlanta and New York but not Suanne.

The Kingfish Cafe is located at the Capitol Hill area. Their address is 602 19th Ave E. We were there about 15 minutes before their opening time and found there were two ladies who were also there waiting for them to open. The two ladies who looked like they are also from out of town told us that they had been waiting for the past hour!

This place must be that good, we told ourselves. 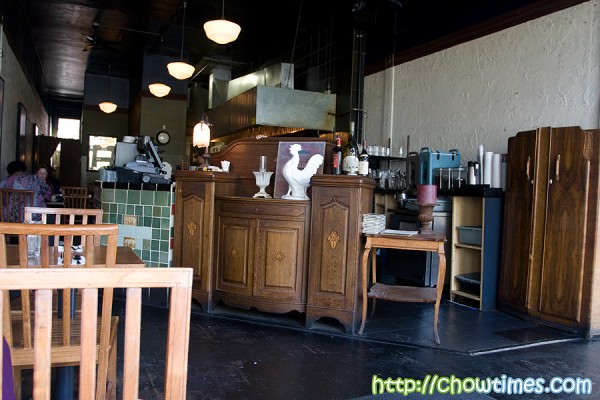 The Kingfish cafe is very much a neighborhood cafe. Plastered all over the front windows are decals from almost every restaurant review organizations that we could find.

Their kitchen is open. We decided to get a seat by the window and could not see the action from where we were seated. We also noted that most of their customers were black which tells us that this is the right place for soul & southern food.

Suanne choose a dish called Mary Mac’s Fried Chicken Salad. This one is $12. The reason I suggested this was the word Mary Mac. I had dined at the Mary Mac’s Tea Room in Atlanta once and it was one of the most memorable meal I had. Mary Mac’s is world famous for being one of the best in Southern cooking.

This dish has a whole marinated chicken breast fried up crispy with fresh wild greens and a buttermilk jerk dressing. Served in a very large plate, it really made our eyes open wide when it came. It is perhaps one of the most good looking and appetizing salad we had ever seen.

Under the chicken breast was a surprise too. They had what they call a kicking yam salad which was awesome and goes so well with the chicken breast … or … the greens. We don’t normally like mushed up yams but this is great. Sweet, mushy and creamy — simply the best. 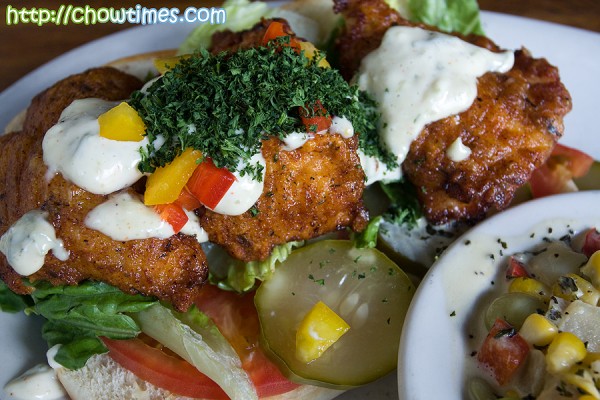 I had the Po’ Boy Catfish ($8.25). There are three large pieces of catfish and served with Dixie tartar Sauce, shredded lettuce, pickled, and marinated tomatoes. It is served on top of an open bun. I was not sure if I should eat this like a bun or use the fork and knife. After a while, I don’t think it’s possible that the bun can hold all the food, let alone the catfish pieces. I used the fork and knife. 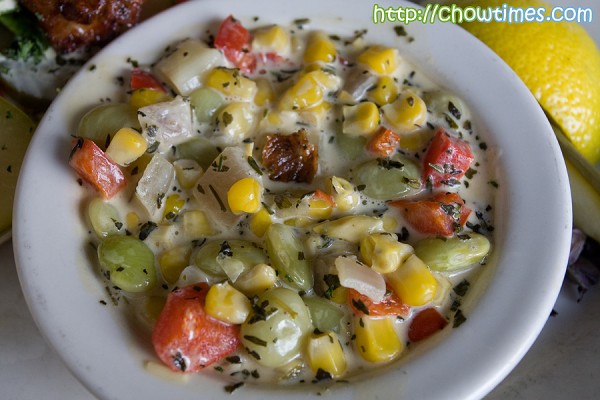 The Po’Boy Catfish came with Succotash. It is a warm bean salad. This is really good too.

The total came up to just over $22 before tips. Well, we did not get any drinks but still we thought it was cheap for the food and service we had. We like it a lot and understand why The Kingfish Cafe is #2 on Urbanspoon’s Seattle ranking.

But I must add that they are not as authentic southern as Mary Mac’s in Atlanta. For instance, the chicken served is too lean … too healthy. LOL! Go check out my blog entry of Mary Mac’s Tea Room and see what I mean. Other than that, I highly recommend The Kingfish Cafe.

FYI, here are their lunch menu. 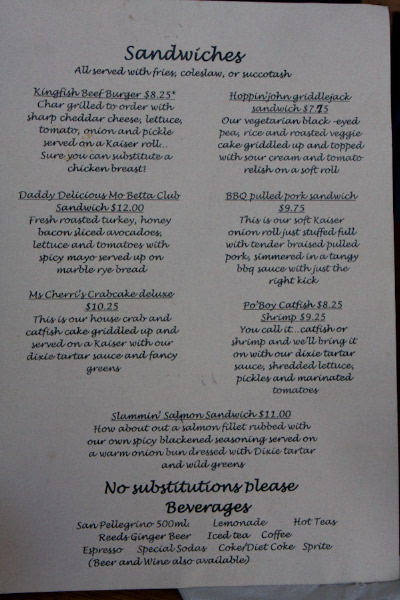