On day three in Barcelona, I stole a few hours again from Suanne.  I wanted to be there for the start of Stage 7 of the Tour de France (Barcelona to Andorra).  The race was supposed to start at 9AM and so we thought we be smart and stake our spot at 8AM.

We got ourselves a great spot.  It was the first turn after a 1km ride down the avenue.  I was pretty pleased with the spot except for one problem.

It was the procession and the floats that starts at 9AM.  We had to wait until 10AM before the race started.  It was a long wait … two hours!

The race ended in no time.  All the riders rode past under 1 minute.  Gosh … we waited 2 hours for 1 minute of action.  Oh well … at least I was right there.

Suanne was very patient with me. She was quite hungry because we had not had our breakfast yet that morning.  I know because her stomach gives a mean growl when she is hungry.  LOL! 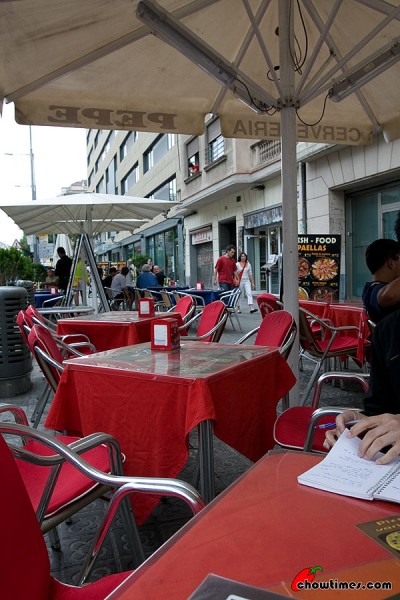 So we just randomly go into one of the many restaurants along the Paral-lel Avenue.  We selected the one with English menu displayed at the entrance.

We are getting into the habit of getting Cafe Con Leche.  So we had that again.

We learned that Spaniards have a very different meal times that the rest of the world.  For instance, they have TWO breakfasts.  The first one is a simple pastry and coffee and the second one is known as the “savory breakfast”. 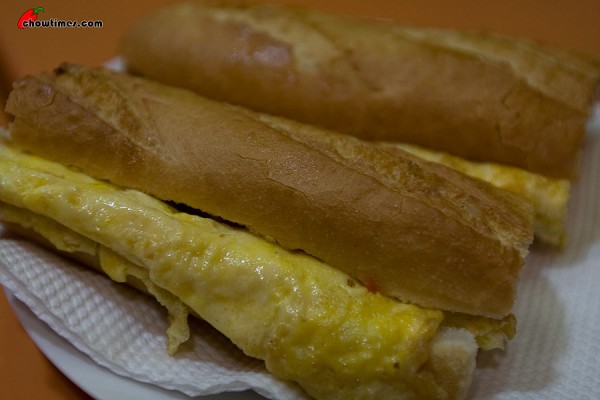 I don’t know what “savory breakfast” really mean.  I attempted to ask the waiter about this but he doesn’t speak much English.  So we just made up our own version of “savory breakfast” by selecting items we thought were “savory”.

I told the waiter that we wanted a Pork Loin with Cheese Sandwich.  Lost in translation … instead, we were given an egg sandwich instead.  We had no complain because to our surprise the sandwich has ripe tomato in it.  It was very much like the Pa Amb Tomaquet we had the previous day.

We also ordered the Pescadito Frito (not sure if we got the spelling right!).  It was fried fish and very crispy.  Suanne thought it has a fishy smell.  She is so picky with her food.  I thought it was alright.  I believe this is a favourite of Spanish Jews for breakfasts.  Anyone Jewish who can confirm this? 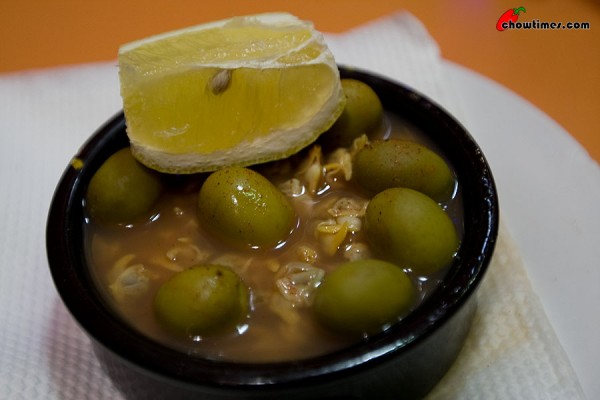 I thought that the dish called Cockles with Green Olives sounded interesting.  After all, cockles as I know it is a delicacy in South East Asia.

But the cockles are soooo small.  There are hardly any meat in it.  We had never learned how to enjoy olives too.  So it was kind of hard eating this.  We left it half eaten.  This breakfast was kind of disappointing.

Any of you have any idea what a Spanish “savory breakfast” looks like?

Here are more pictures I took that morning: 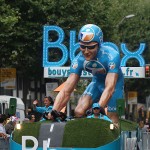 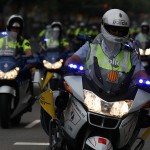 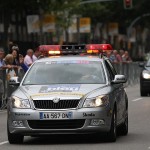 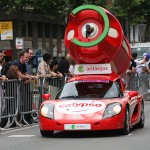 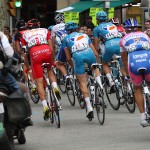 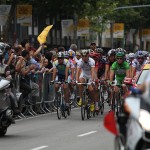 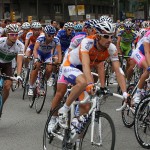 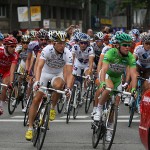 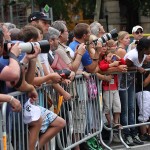 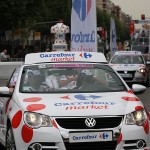 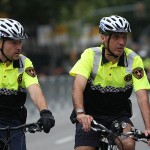 Seville: A Slow Day Before the elBulli Dinner