There is so much to learn about South American food. Just three weeksto ago, Suanne and I were at the Panaderia Latina Bakery to check out the pastries and desserts. Panaderia also had a section where they carry foodstuff from South America.

That was the first time I came across the soft drink called Sidral Mundet displayed next to bottles of Jarritos. I am quite familiar with Jarritos but it is the first I had seen Sidral Mundet.

Coincidentally, a few days later Sindral Mundet wrote to us asking if chowtimes.com want to host a giveaway and help create some buzz for the product. That is definitely something we are interested in doing for our readers, especially when the prizes included the following:

Read down to the bottom of this post and find out how to have a chance to win them. It’s easy.

So last week, I went to the Panaderia Latina Bakery to pick up some bottles of Sidral Mundet. I couldn’t write about it if I had never tasted it, right?

When I posted about the Panaderia, El Lobo Solo was mentioning about their Tres Leches cake. Since that comment, Suanne had been pestering me to go buy it on the way home.

The lady at the countered said that we need to let it thaw in room temperature for … 2-3 hours before eating. It is because it is frozen at the store.

There are coconut flakes at the top. The cake is moist. I said that it is soggy but Suanne shushed me up and said it is moist, not soggy. It was like I was saying something bad about about something she likes. I expected this cake to be super sweet. It was not at all. It is rich and Suanne, she was mmm’ing every bite. 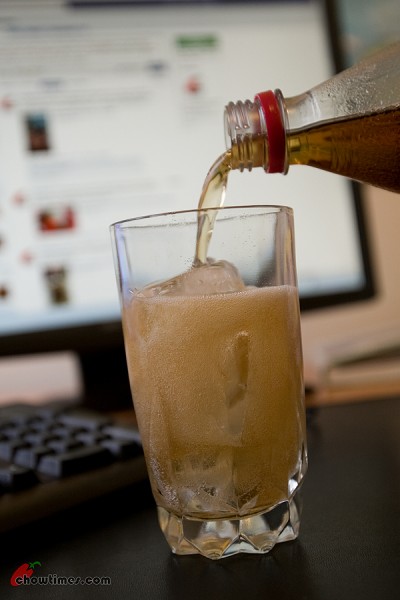 As Suanne enjoyed the Tres Leches Cake, I checked out the Sidral Mundet.

The label on the bottle says that “the flavor comes from the apple”. Yeah, the flavour came from real apples juice and none from artificial flavorings. 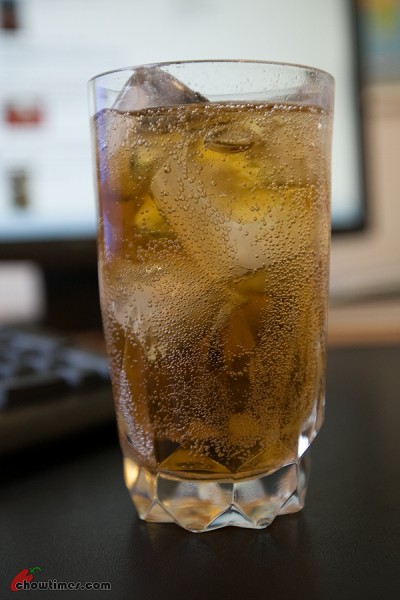 Sidral Mundet is a popular drink from Mexico. According to their product info, this natural apple soda is endorsed by Mexican mothers who give their children Sidral when they are sick to provide hydration.

The drink is not too sweet and taste a lot like natural apple juice with fizziness. I like the taste. You can check out more about the product by becoming a fan on facebook (http://www.facebook.com/sidralmundet) or Twitter (http://twitter.com/sidralmundet)

Here is how you can stand a chance to win the prizes. You just need to tweet the following message on Twitter between May 4th and 5th (Tuesday and Wednesday):

Tweet to win iPods & gifts from @SidralMundet and @chowtimes. Sidral Mundet is Mexican soda made from real apples – http://chowtimes.com/sd

Simple! It will take you just 10 seconds. Control-C, Control-V, drop on your knees for a quick prayer and you’re set.

This is open to US and Canada only (no Quebec or Mexico) and age 18 or over. The prizes are fulfilled by RocketXL. Winners will be announced on chowtimes.com on May 8th (Saturday).

Announcing the Winner of the $100 Lumiere Gift Card

A Treat for Chowtimes Readers at Charm Modern Thai