Marian suggested to meet up on Thanksgiving Day. So, I made a couple of calls to Lorna and Emily to see if they can join in. At the end, only Lorna, me and Marian can make it for dinner. 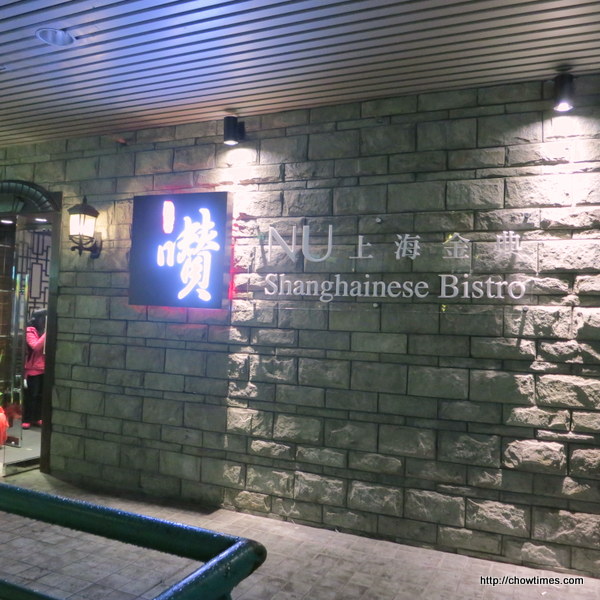 Lorna suggested to meet at NU Shanghainese Bistro, a relatively new restaurant. We arrived at 6PM and we had to wait for 30 minutes for a table. According to Lorna, this restaurant does not take reservation for a party less than 5.

On this day, there were quite a number of big parties. Perhaps, it’s because it’s Thanksgiving Day.

The decor is simple and quite classy. 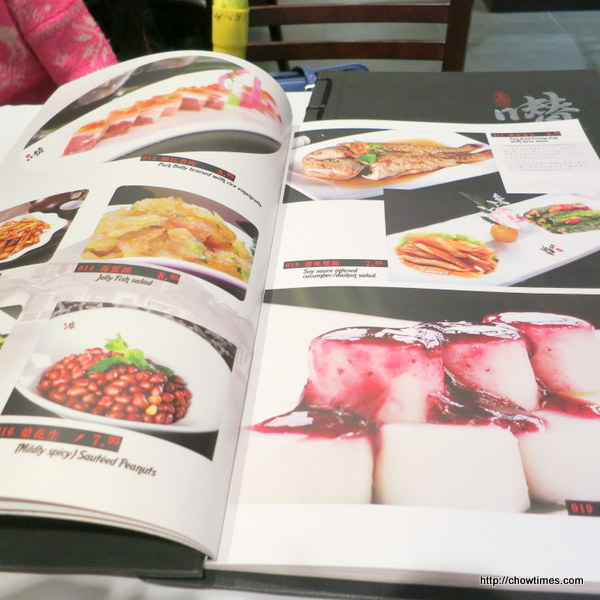 We love the menu which is loaded with photos; just like those we find in Beijing.

Tea was served with a warmer, nice. The teapot is quite heavy and it’s cutleries were embossed with the restaurant’s logo. According to Lorna, that Chinese character meant praise. 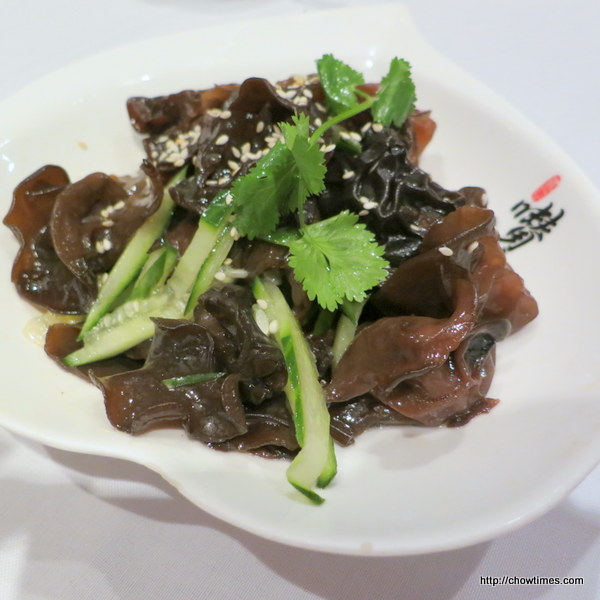 We ordered a few appetizers to start with. Marian picked black fungus which is also one of my favourite dish to order. The dish is slightly vinegarish and served cold as most Chinese appetizers are served. This is $7.95.

We wanted to order the Tofu and Chinese Cress dish but was told that they don’t have it that night. So, we switched to Jelly Fish Salad. The jelly fish was crunchy but was quite bland. Maybe we did not add enough of the sauce provided. This is $8.95.

The last appetizer we ordered was Mountain Yam in Fruit Sauce. I had tried a few of this dish in Beijing. Marian has not eaten this before. I told the server to serve this at the end of the meal but they brought this in the beginning of the meal. I guessed they were so busy that they forgot about our request.

The Mountain Yam was crunchy with a little slimy texture. The sauce adds sweetness to it. This is $7.95.

Our main meat dish was Smoked Duck. Half duck for $18.95. This has good flavour. It is served with some shell shape steamed bun.

We ordered a rice dish for carbo. It is Garlic Fried Rice with Preserved Meat. The fried rice was hot because it was served in a clay pot to retain the heat. 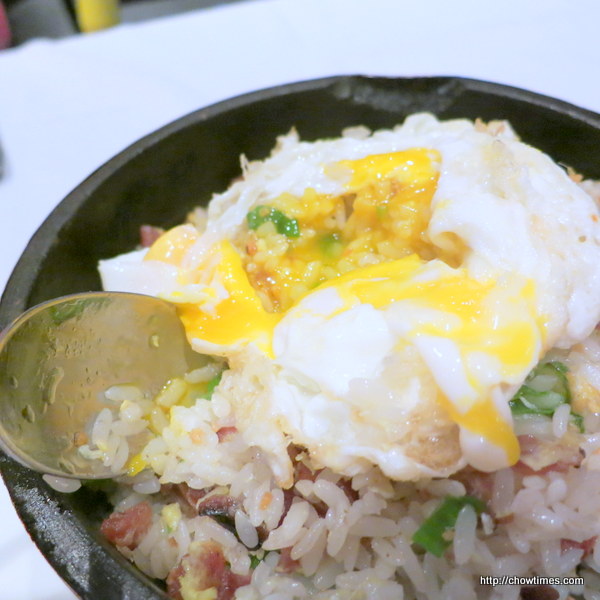 We promptly break the runny yolk of the fried egg on top and allow the heat of the rice to cook it. The fried rice was flavourful. This is $14.95.

The last dish to arrive was Ji Cai Wonton in soup. Perhaps because we were all full by now, it is not as good as other dishes. Moreover, the broth was not hot enough, just luke warm.

The wonton was quite big and it is fillled with ground pork and chives. This dish is $7.95. 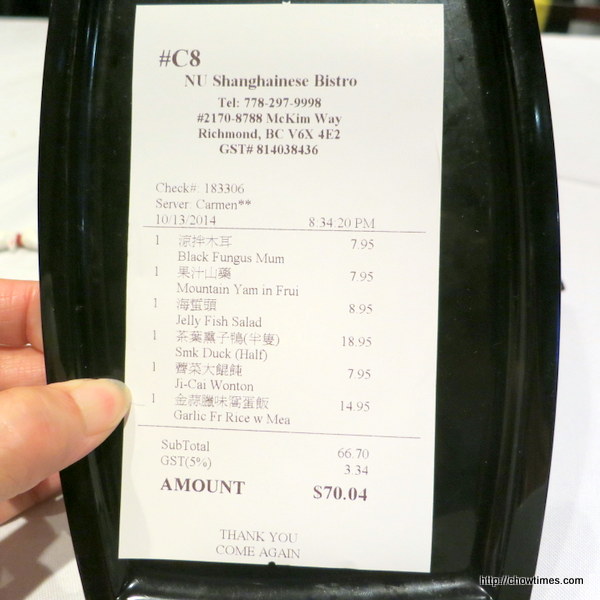 Overall, the food is good. Service is good in the sense of topping up our tea and changing plates in the middle of the meal. Service is slow though due to it’s business. Price is slightly on the high side. 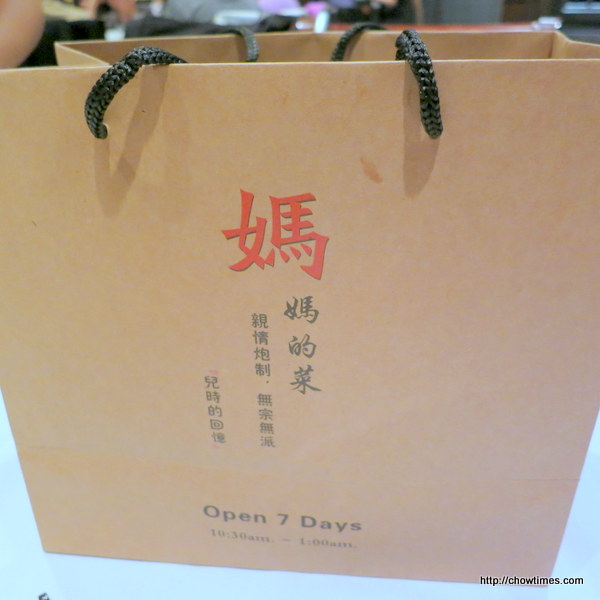 We had some leftover fried rice and wonton to go. The Chinese characters on the paper bag states “Dishes of Mum” which I think is the theme of the restaurant.