After breakfast, we drove to downtown Ottawa for more sight seeing. Ben’s initial plan was to visit a museum but it looks like we do not have enough time for it. We only have half a day here before we drive back to Toronto. So, we just walk around the downtown area for some window browsing sight seeing. 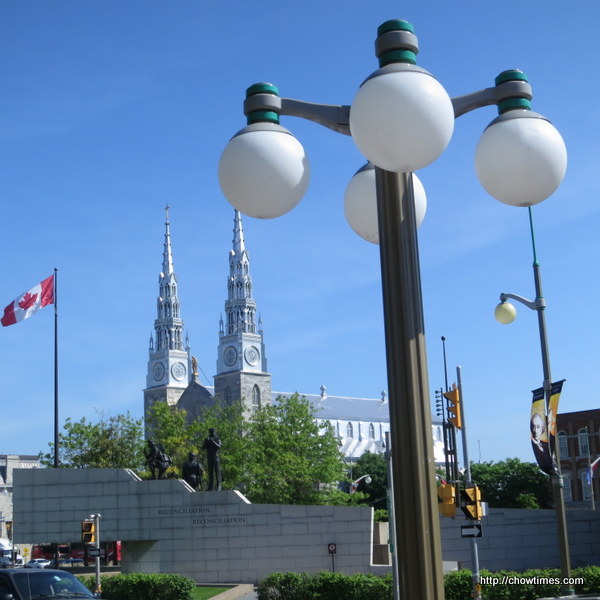 A spider like sculpture in front of the National Gallery of Canada. 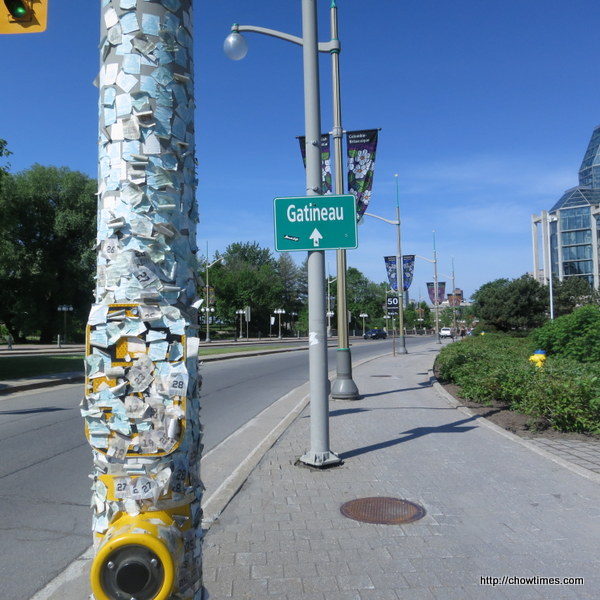 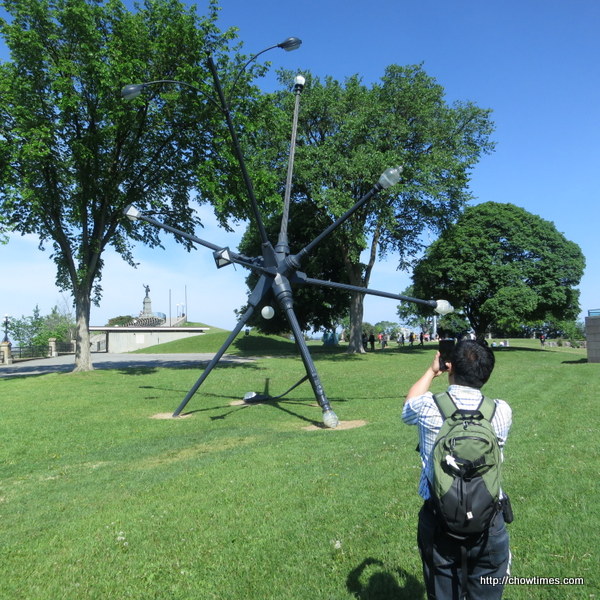 A sculpture made with a variety of street lamps.

A sculpture that resembles a lightning bolt upside down.

This is one of the monuments erected in 1845 to mark the international boundary along the 45th parallel, between the province of Quebec and the state of New York.

The statue of Champlain at Napean Point, behind the National Gallery. Samuel de Champlain was an explorer, geographer and map-maker, who founded Quebec City in 1608.

The Embassy of the United States in Ottawa. 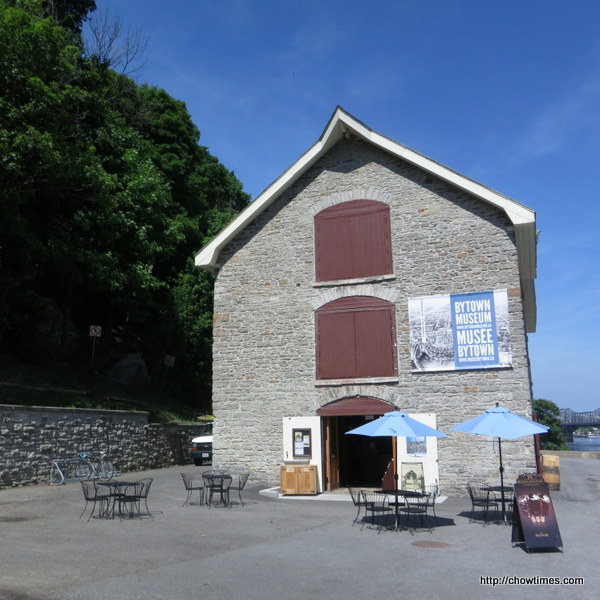 Bytown Museum is a small museum located on the lower locks of the Rideau Canal. It is the oldest stone building in Ottawa.

Street banners to commemorate the 50th anniversary of the Canadian flag.