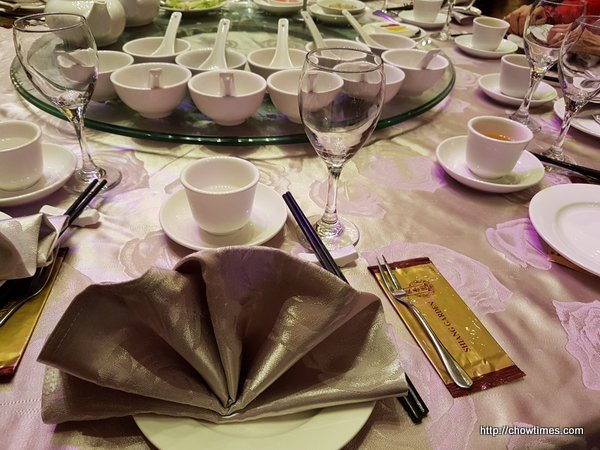 This is an annual event for the Friends of Tai Chi group. The master of this group had been teaching tai chi for 20 years. She used to be a member of the Richmond Community Kitchen too. 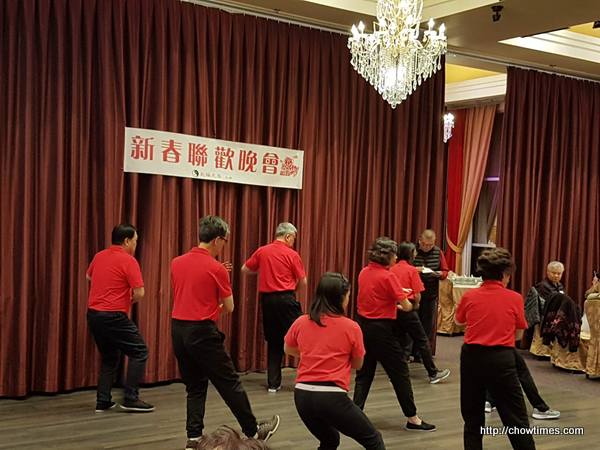 The event began with tai chi performances by some students. 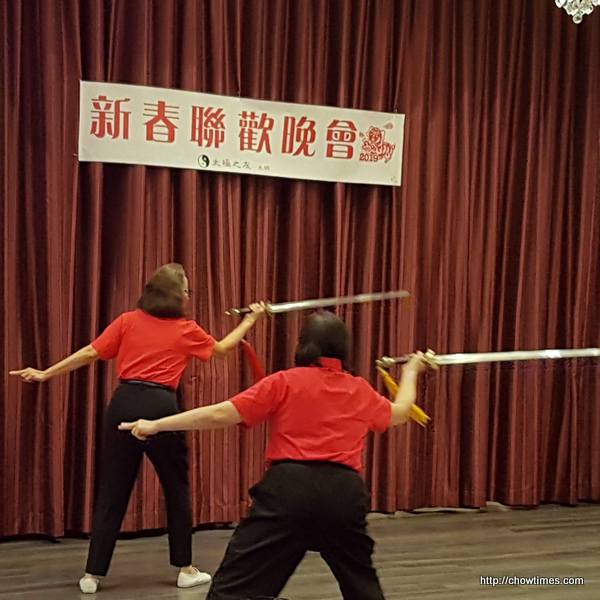 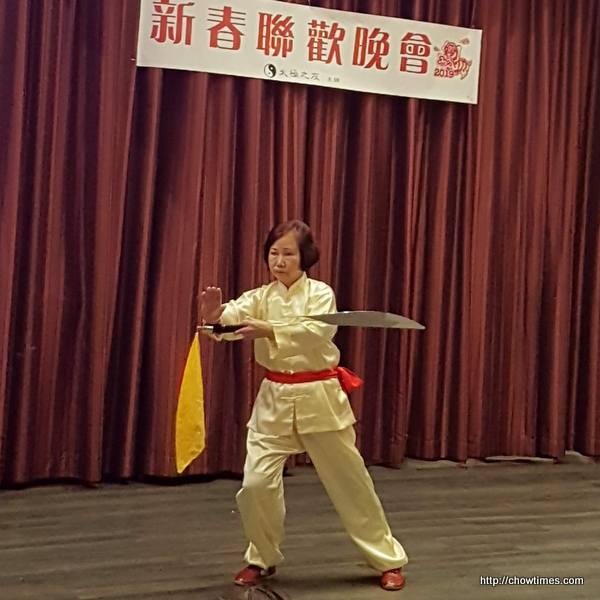 The master performed a sword performance. 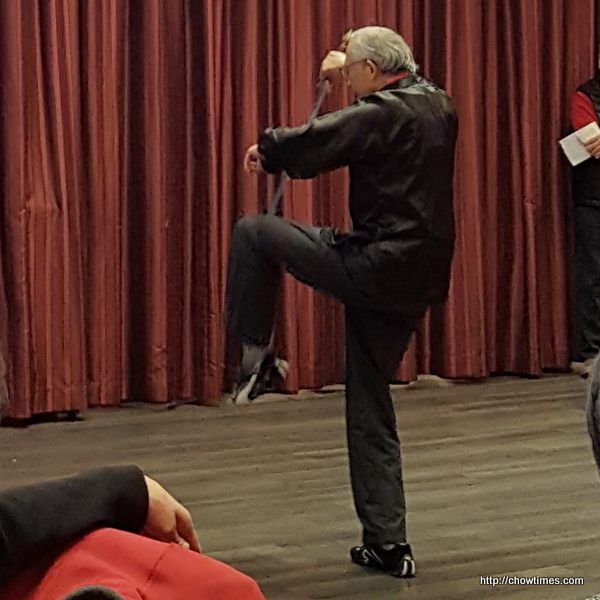 I particularly like above performance where the performer recited the poetic movement along with his performance. 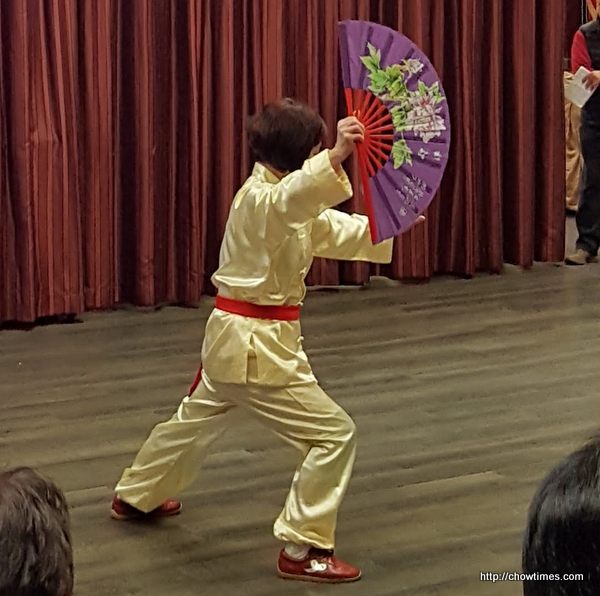 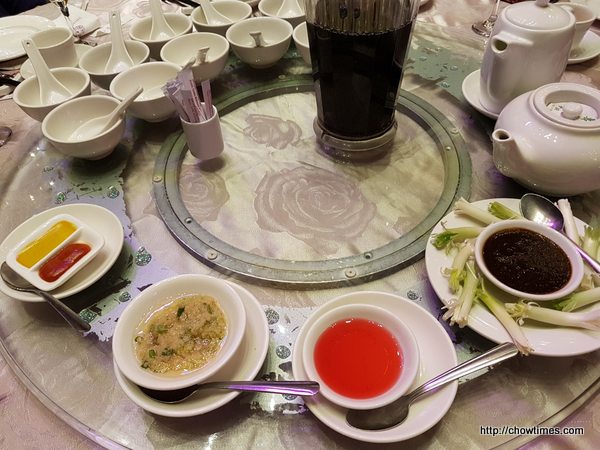 A round of lucky draw before dinner was served. 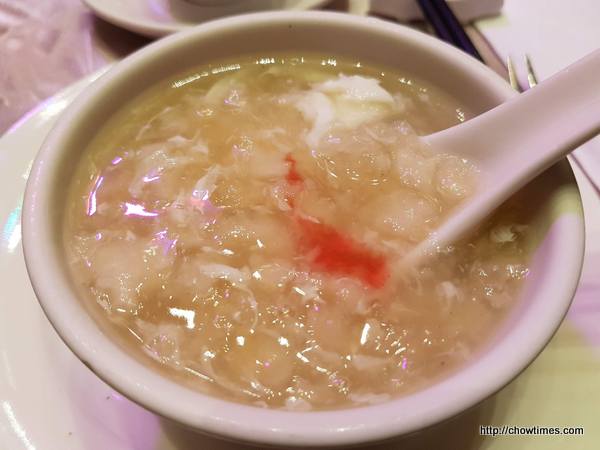 Dinner started off with a thick soup, “geng”. The above is Fish Maw Soup with Crabmeat. A little red vinegar to cut the richness of the soup. 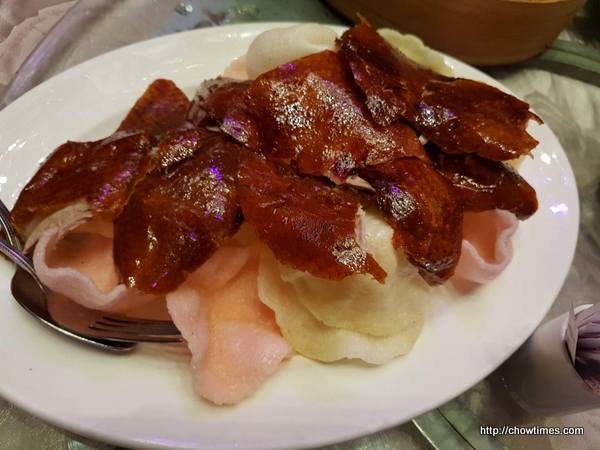 Duck served in two ways. The server brought the whole duck to the table to have a view of it and brought it to another working table to carve it. 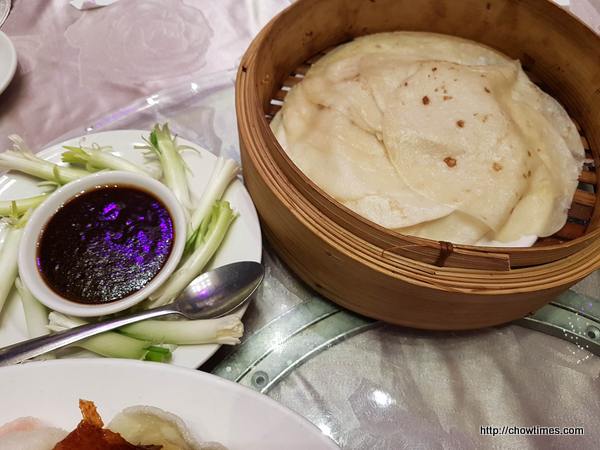 The duck skin is to be served with Chinese pancake, green onion and hoisin sauce. 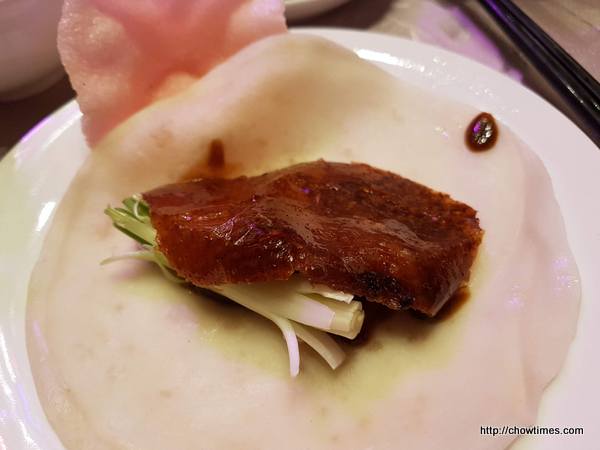 Just dab some hoisin sauce on the pancake and top with the duck skin and green onion, roll up and enjoy. 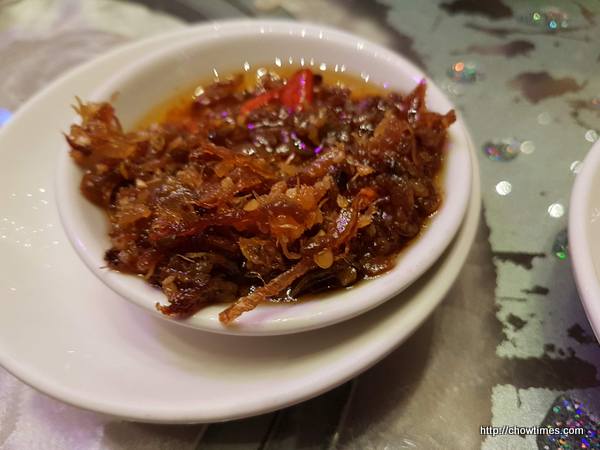 XO sauce for those who like to add some kick to the food. 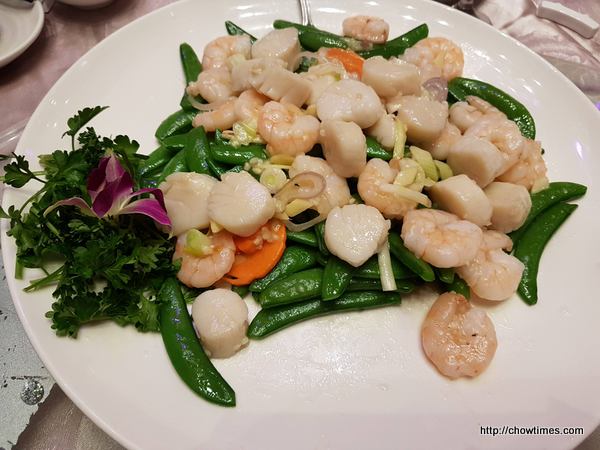 Prawns and Scallops sauteed with Sugar Snap Peas which were super crunchy. 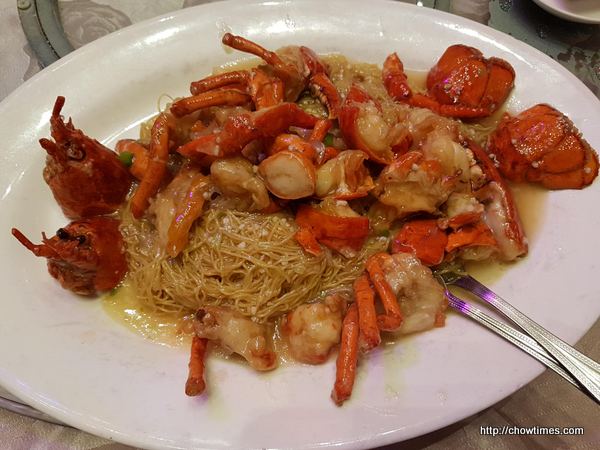 Lobsters Yee Mein. The noodle was a little bland. 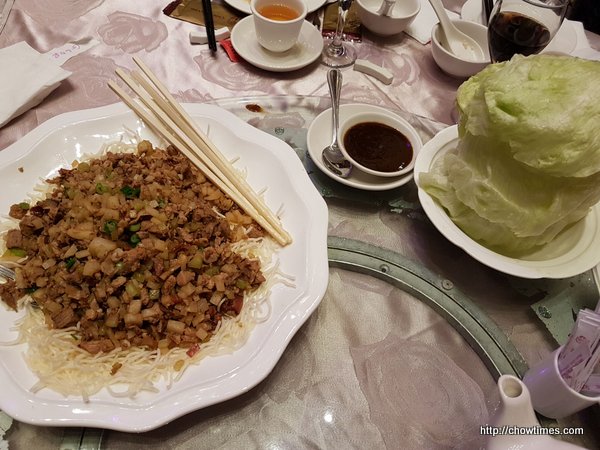 The second course of the duck dish. The duck meat is sauteed with some vegetables and is to be served on iceberg lettuce. 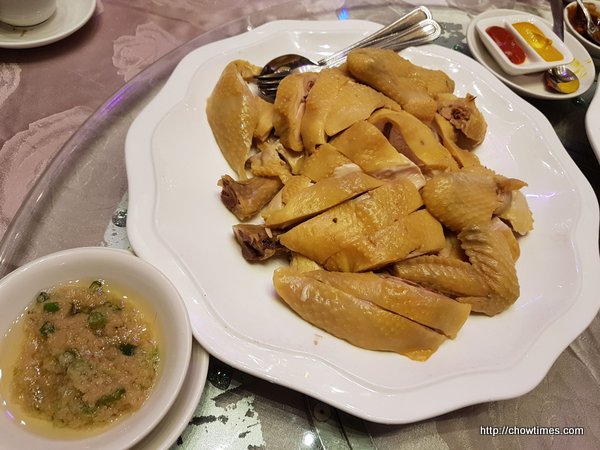 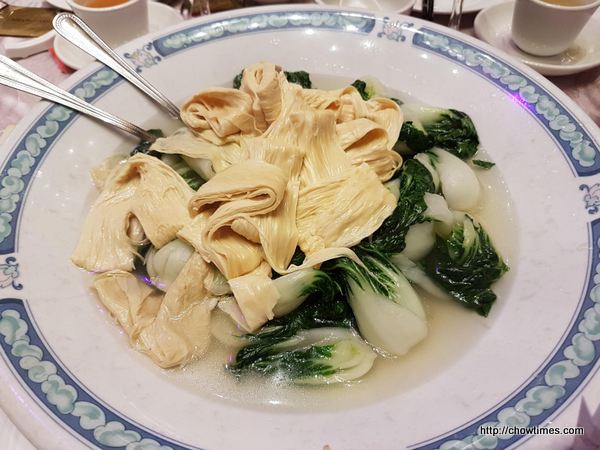 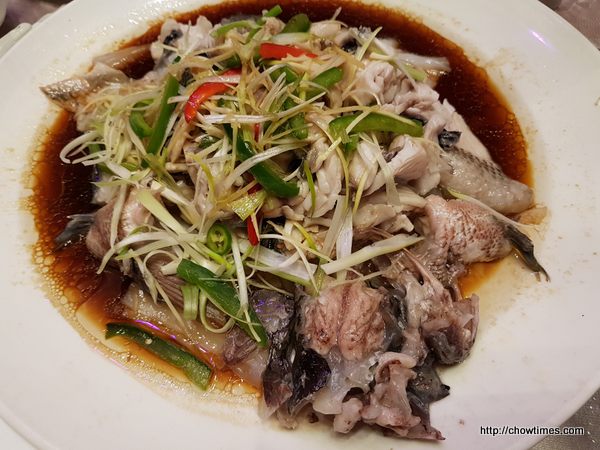 Steamed Fish on a bed of “Chan Chun Fun”. The noodles were great as they absorbed all the flavour of the sauce. 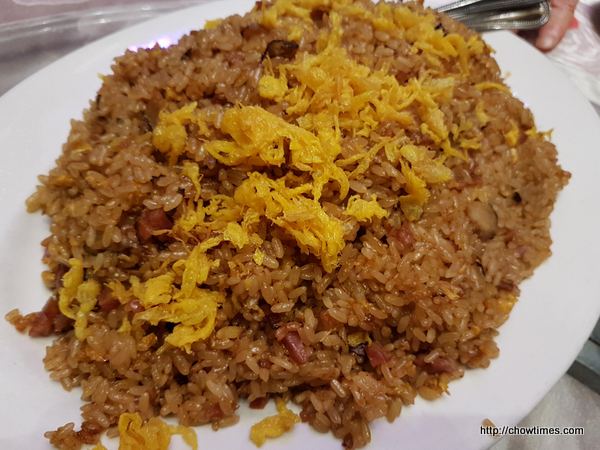 Fried Sticky Rice with Chinese Sausage as the filler. By now, everyone was full and only tried a bite or two. Lots of leftover for people to take home. 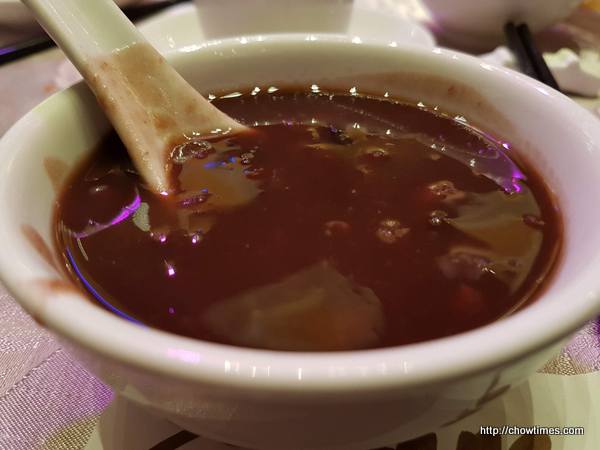 Lucky draw was conducted again in the middle of the dinner. Our table was considered lucky as 8 out of 11 got something to bring home.

Lorna, thank you so much for inviting me to this event again.