Ben got this recipe from Reddit. It sounded auspicious and great to be served during Chinese New Year.

In plain English, this dish is known as Spicy Fried Hard-Boiled Eggs Hunan style. We enjoyed the crispiness of the eggs and the aromatics from the green onions and of course the spiciness of it.

END_OF_DOCUMENT_TOKEN_TO_BE_REPLACED

Ben loves dishes with a lot of sauce. He can just eat steamed rice with sauce. 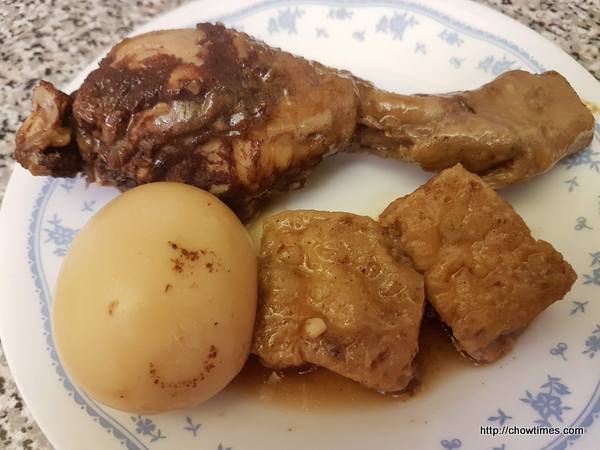 Ben made this Chinese Five Spice Chicken with Hard Boiled Eggs and Tofu Puff on Thanksgiving weekend. We avoid going out to eat thinking that restaurants will be packed.

END_OF_DOCUMENT_TOKEN_TO_BE_REPLACED

This is another home cooked comfort dish. 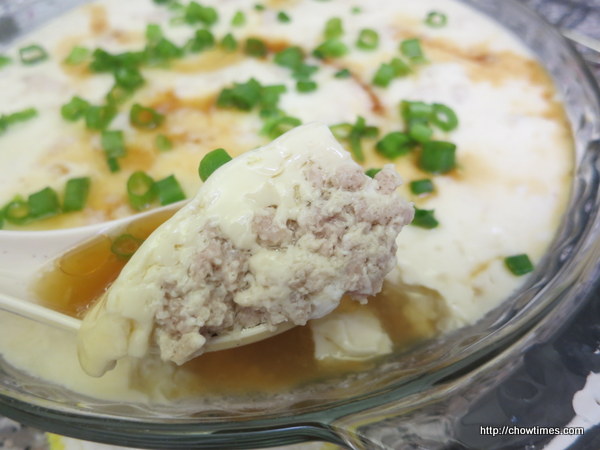 The above Steamed Egg with Minced Pork has a softer texture than just steamed minced pork.

END_OF_DOCUMENT_TOKEN_TO_BE_REPLACED

Ben loves dishes with sauce.This Fried Tofu and Egg Stew is just one of such dish.

Plenty of sauce to go with steamed rice.

P/S: the dark soy sauce was missing from the above photo

END_OF_DOCUMENT_TOKEN_TO_BE_REPLACED

May is Asian Heritage month.  The City of Richmond and Richmond Food Security Society once again present Chef Mr. Ian Lai in demonstrations of healthy, fun, affordable and locally sourced Asian inspired cooking. Cooking demonstrations that will inspire you to create fresh and tasty food from the best Richmond and Lower Mainland ingredients. This is Ian Lai’s third year involvement in this event.

Ian Lai shared with us why he keeps coming back to this event. As an Asian with heritage from Canton, China but grew up in South Africa, Ian continues to search what it means to be Asian. He even made a trip to Beijing recently but still unable to find his answer.

Ian realizes that he identifies his Asian heritage through food as he spends a lot of time cooking and enjoying food with Asian flare. The first recipe that Ian demonstrated is a Mixed Vegetable Chicken Soup. It is a light broth loaded with lots of seasonal vegetables. P/S: some of the ingredients above are for another recipe.

END_OF_DOCUMENT_TOKEN_TO_BE_REPLACED

The last side dish which Kazuko demonstrated in the South Arm Community Kitchen is Rolled Egg.

Rolled Egg is a popular bento box item and great for lunch box.

Please note: the bonito flakes should not be in the photo

END_OF_DOCUMENT_TOKEN_TO_BE_REPLACED

Minoo invited Winnie to demonstrate how to make Beancurd Roll in the South Arm Community Kitchen due to request from some participants.

Beancurd Roll is a very timing consuming recipe as it requires a lot of peeling, chopping and grating. Luckily we had a lot of helping hands that day. The second dish that Winnie demonstrated is an Omelette with Onions and Shiitake Mushrooms.

Makes 5 servings as side dish

END_OF_DOCUMENT_TOKEN_TO_BE_REPLACED

Complete Disclosure: This post is written based on a complimentary newly published book for review.

These Macau Vanilla Custard Tart are wonderful treats for tea time. The aroma of vanilla perfumed the whole kitchen when these were baked in the oven.

This recipe is from a new culinary and traveloque book by Mary Kate Tate and Nate Tate called Feeding the Dragon. We get a lot of newly published books for review offer but I normally decline the offer. But this book caught my eye because it’s a traveloque through China.

I’m looking forward to visit Ben in Beijing and I would love to learn more about Beijing through the eyes of Mary Kate Tate and Nate Tate. You can check out Mary Kate Tate & Nate Tate travelogue via their blog Feeding the Dragon.

Feeding the Dragon is part cookbook and part cultural travelogue. It is arranged by the author’s travel itinerary starting from Beijing, the capital city and then running down China’s east coast, looping through the southern jungles of Yunnan Province, over the Tibetan Plateau in the west, through the Taklimakan Desert in the north near Afghanistan, and then back to the capital. The book is filled with photos of their travel.

I love sweet treat and this is the first recipe that I tried from this book. Yield: 18 egg tarts (the original recipe makes 12 egg tarts but the excess filings is more than enough to make another 6 egg tarts)

END_OF_DOCUMENT_TOKEN_TO_BE_REPLACED

Iryna and Joanne partnered up to demonstrate at the Caring Place Community Kitchen. Iryna is from Ukraine. She demonstrated a very popular Ukrainian dish which originated from Russia. It is a cold soup dish called Okroshka. Iryna told us that she had been making this cold soup all her life. She served the Okroshka with toasted bread and a dollop of sour cream.

Okroshka is a summer dish. It is a very refreshing soup. It is made with fresh diced vegetables. The fresh vegetables retain the vitamins due to no cooking is involved. Heat is the main culprit to destroy vitamins. The only vegetables that need cooking is potatoes. Of course, there is meat in this dish which needs cooking. You can add poached chicken, fish, ham or sausages to this dish.

Okroshka is usually made with cucumbers, carrot, a garden radish, parsley, baby dill, green onion, eggs, lemon juice, butter milk or sour cream or mayonnaise.  If you like to add meat, it has to be cooked and chilled. The ratio of meat and vegetables should be approximately half and half.

Iryna, thank you for sharing your favourite soup with us.

Iryna shared with us something about her country, Ukraine. Ukraine is used to be part of Russia. It’s an European country. It is the biggest country in Europe after Russia. It claimed it’s independence in 1921.

Ukraine’s population is about 50 million. Ukrainian also speaks Russian and it’s language is similar to Hungarian and Poland.

Ukrainian’s winter is very harsh, between -20 to -35 Celsius and the summer can be pretty hot, as high as 40 Celsius.

Ukraine has no mountain except the border with Poland and Hungarian. Iryna is from the south of Ukraine which borders the Black Sea.

Radish is a root vegetable. It is related to mustard and turnip. Radishes are rich in ascorbic acid, i.e. Vitamin C, folic acid and potassium. They are a good source of Vitamin B6, riboflavin, magnesium, copper and calcium.  Radishes can be eaten raw and is often used in salad.

The flavour of Okroshka is predominated by dill. Dill has fernlike leaves that are aromatic and used to flavour many food such as salmon, borscht, okroshka and pickles. Fresh dill loses it’s flavour rapidly if dried, however, freeze-dried dill leaves preserve their flavour relatively well for a few months.

END_OF_DOCUMENT_TOKEN_TO_BE_REPLACED

The South Arm Cooking Club for Seniors decided to have a Chinese theme when they met during the Chinese New Year celebration in early February. Marian came up with four recipes which are all her home recipes. 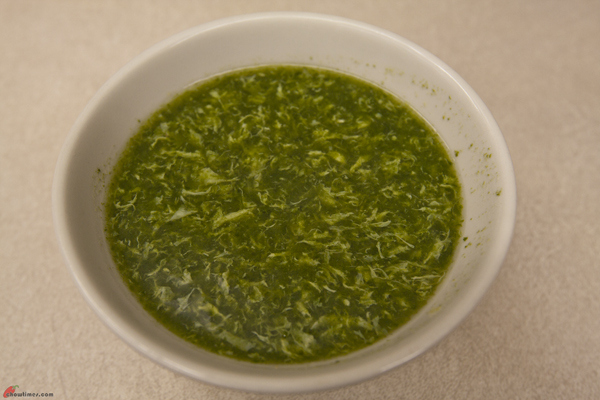 The first recipe is a Chinese Spinach Egg Drop Soup. I would say that this is a east meet west recipe as the preparation involves blending the spinach in the soup. The soup has a very artistic presentation.