I remembered that before I left Malaysia for Canada, I went on an eating binge, if you may, at my favourite restaurant … one of them was Nam Heong. They had been a fixture in KL’s Chinatown for over 60 years — since 1938. They are known for their Hainanese Chicken Rice. To me they had the best Hainanese Chicken Rice in the world, no kidding!

Nam Heong is located in KL’s Chinatown, specifically on Jalan Sultan. This was also dad’s favourite restaurant too. When I was in my primary school, my Saturday routine was to take a bus to the public library (I was a prolific reader then) in the morning and then join my dad for lunch. That was our only private time. I enjoyed it a lot.

On my visit this time with Nanzaro, I was somewhat shocked that it is entirely different. This restaurant had changed so much. 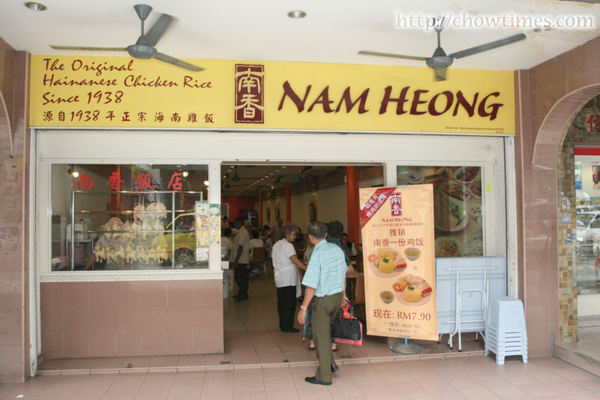 In the old days this place was a complete chaos. There were no air conditioning with nary a service. But today, it is all modern and upgraded now. It is certainly much more comfortable. What I noticed glaringly is the absence of a crowd.

The familiar homemade sauces are still there on each table. They make great chilli and ginger sauces and it is great with the chicken rice. in the old days, they were filled on old glass jars. Oh I love their chilli. 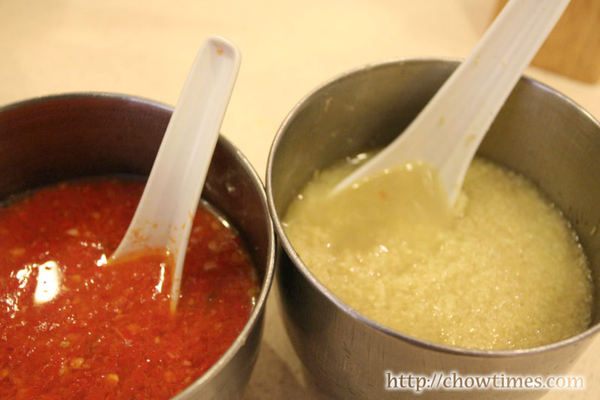 I knew Nanzaro would like the Hainanese Chicken. You are able to specify the part that you want. When I was young, I could gobble up two servings. The chicken looked the same with that perfect amount of sweet soya sauce that gives this dish the distinct flavour.

To me what sets Nam Heong apart from all other chicken rice is their rice. They are what is called “oily rice” (yau farn). They make the rice to perfection. The yellowishness of the rice is because the chicken stock that is used to make them.

Although Chicken Rice is what Nam Heong is famous for but they have other less famous dishes too. My other favourite is their “ngau lam tong” — beef soup. There are not many places in KL that serves beef (the most popular meat is pork and chicken) and this is about the few places I know that serves chinese style beef.

I also ordered a couple of meatballs.

It is fish paste on the outside and beef (I think) on the insides. The meat is smooth.

The total tab came up to only RM 17.75 which is about US $5 for the two of us. That is what I like about eating out in Malaysia. Everything is so cheap compared to Canada.

Although the dishes are similar to the old Nam Heong I used to know, the quality is different. I like the comfort of the new setting but what was exciting back then was the atmosphere. BTW, they have a few outlets all across the city now.