This is it … my final post on this series of my trip to Atlanta.

Right after the visit to the World of Coca-Cola, it was time for lunch. Rob and I wanted to try something different this time — we wanted to try “Southern Cooking”. We walked around the Atlanta Underground but could not find a place we liked. So, we walked over to the Visitor Centre asking for recommendations. Without hesitation, the gentleman at the visitor centre recommended Mary Mac’s. Never heard of it and it involved a drive from where we are now. We were rather hesitant to go but then faced with the lack of choices around, we went anyway. It was a great recommendation.

Mary Mac’s Tea Room is a well-known and historic restaurant in Atlanta. Located at the corner of Ponce de Leon Ave and Myrtle St, Mary Mac’s had been operating since 1945. The food here has stayed the same since day one. 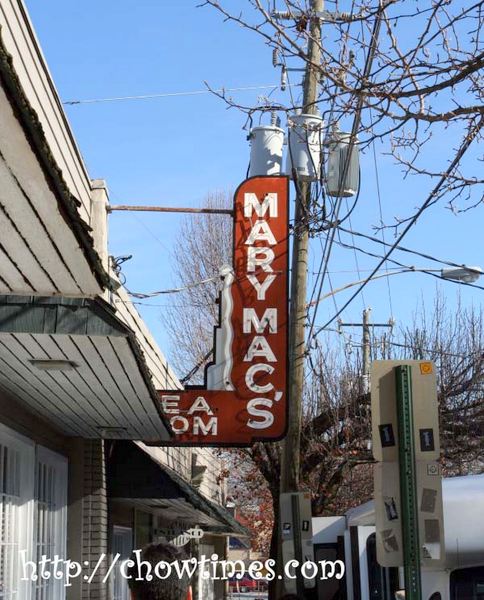 The Tea Room wall is lined with framed autographed photos of some famous customers — including presidents of the US. It was interesting looking at them. The decor was really old fashioned and homely.

The wait was short although there were many people coming for lunch. We were seated and in front of us is the menu, and order form and pencils. We are supposed to pencil in our orders and pass it on the waitress. 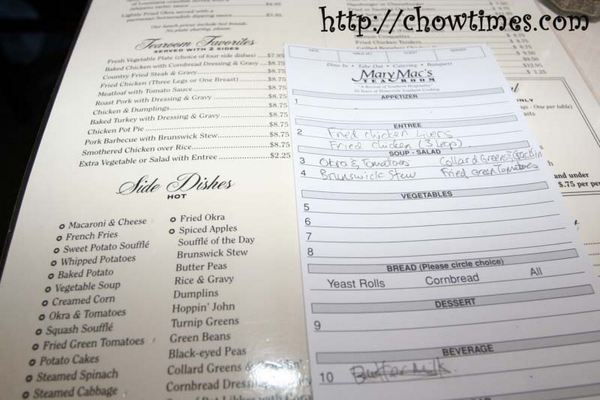 For drinks, I ordered something I had never tried before — buttermilk. Yucks! It was sour and tastes horrible. Price: $1.75. 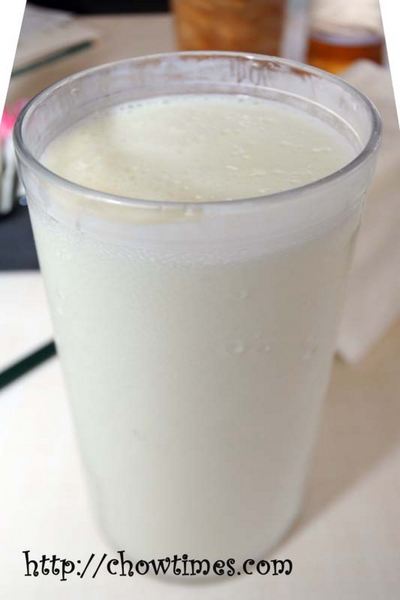 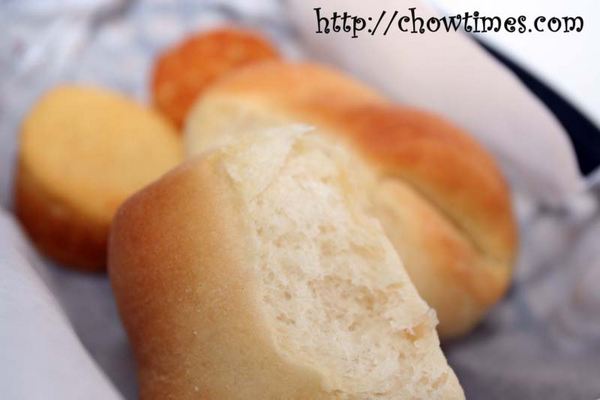 The bread and muffins and butter was pretty good.

I felt adventurous and ordered the Fried Chicken Livers. This was really awesome; much better than I expected. The best part is the large serving. The batter used were crunchy and hard. This came with a selection of two sides from a list of 28. I think I selected the Okra & Tomatoes and Fried Green Tomatoes — I am not sure. Price: $8.75.

We see a lot of tables having simple Fried Chicken. Rob ordered the one with three legs which costs $8.75 too. The drumsticks were super large and super juicy. Man, that is the best fried chicken I had tasted.

Here is another sides we had: collard greens and cracklin. Collard Green is a staple of southern US cuisine and soul food.

Wow, this is the best meal I had so far — so authentic, the food is great and best of all, the least I had spent for a main meal.

So, that’s it … my trip report to Atlanta. Hope you enjoyed this series — I enjoyed this trip food-wise. From tomorrow, Suanne takes over for the next week — she’s gonna be back with more recipes.