PLEASE NOTE THAT THIS PLACE HAD NOW CLOSED

Helen had always mentioned how good the Taiwanese restaurant right next door to Ellie is. When we blogged about Ellie, Lauren also recommended that we tried this place. We finally made it to the Taiwan Beef Noodle King restaurant.

We normally would shy away from such places because they looked like a Chinese language only place — I can’t read Chinese and Suanne can barely pick up some odd common Chinese characters. We decided to brave it this time.

This restaurant is located in the strip mall on Cambie and Sexsmith in Richmond. Specifically, the address is 3779 Cambie.

It is pretty common in Taiwanese restaurants to offer “side dishes”. We normally treat this as appetizers but for some reason the menus usually describes this as side dishes. Side dishes normally costs $3-$5 for a small plate.

Pardon our literal translations … we ordered what we translate to as the Big Intestines. I think most Caucasians will balk at eating stuff like this but we simply like it. It is chewy and great as a munching snack. For $3 a plate, it’s a steal. 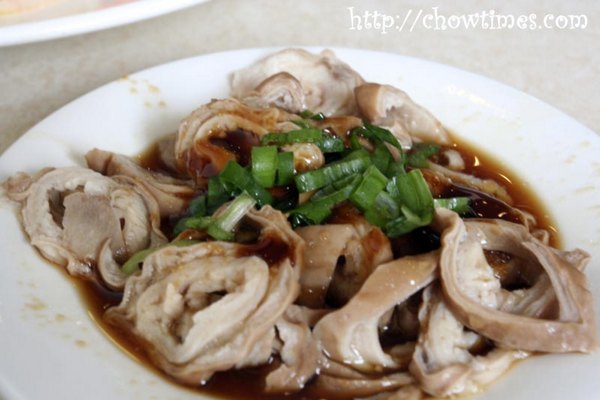 Nanzaro is growing up to be young man now and he is beginning to insist that he gets a dish on his own. It does not matter if he can finish the entire dish but he wants his own and not share it with his mum. He ordered what we called the Taiwanese Sausage Rice for him. I know he loves simply rice dishes with lots of meat and a little gravy.

The rice came topped with minced pork … which is a very popular dish in Taiwan. Lots of sausages and came also with half a hard boiled egg. $6 only for this dish … cheap right? 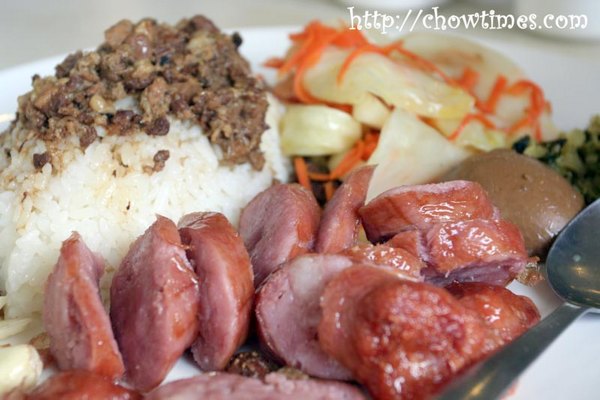 For me, I had what I call the “Red Cooked Beef Noodle”. It’s a hearty bowl of noodle with snow cabbage, beef flank and of all things, wonton too. The soup is great. $5+ for a bowl of noodle … not many places offer a bowl of soup noodle at this price these days.

Arkensen had the Chicken Chop Rice which is similar to Nanzaro’s dish except that he had a deep fried chicken chop. Same price … $6. He gobbled that down pretty fast. At the rate he is growing, I won’t be surprised he will be taking two plates of these next year! I know because I ate that much when I was in my early teens!! 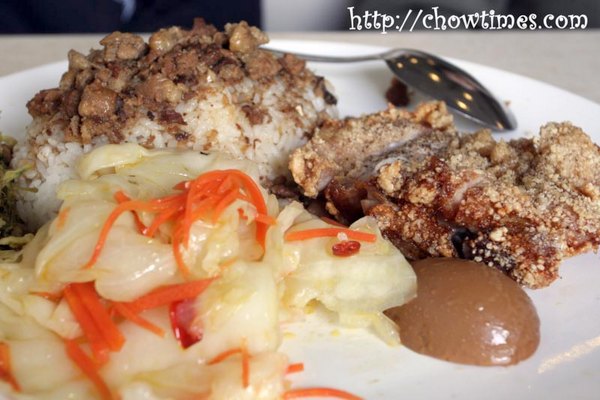 Suanne decided to try something different and went for the dried noodle — the House Special Dried Beef Noodle. It is somewhat drier that she expected. There were hardly any gravy at all. It is pretty good but the sight of the dried beef flank does not look appetizing to her. This one is $6. 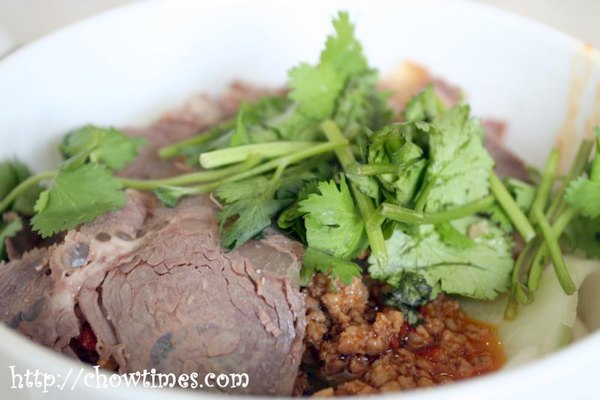 This place accepts cash only … so be prepared with cash. The entire meal costs us $32 including tips and taxes. This is one place we would come back again and again. It’s cheap, parking is easy, and the place is clean. Try it … I think you will like it too.