Potato Omelet (Tortilla De Patatas) is a common savoury breakfast in Spain. It is usually eaten as a second breakfast around 10 to 11 am. We had this in BraCafe while we were in Barcelona. 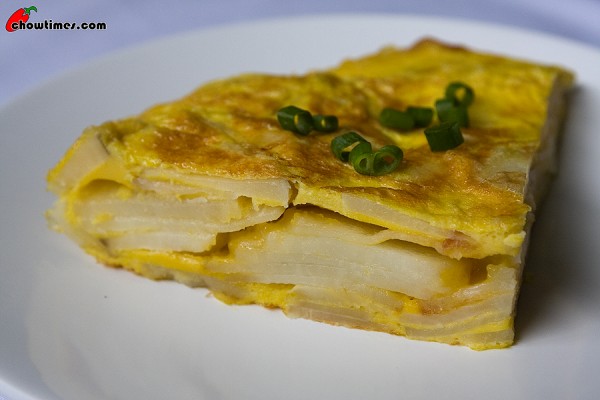 I made this Potato Omelet for Ben’s lunch as he is a light eater while he is at work.  This is great as it can be eaten warm or cold.  This will be a great lunch box item when the kids are back to school next week.

I got this recipe from the Culinaria Spain book as mentioned in this post.

The hardest part in this recipe is to turn over the omelet.  Chick on more for the instructions. 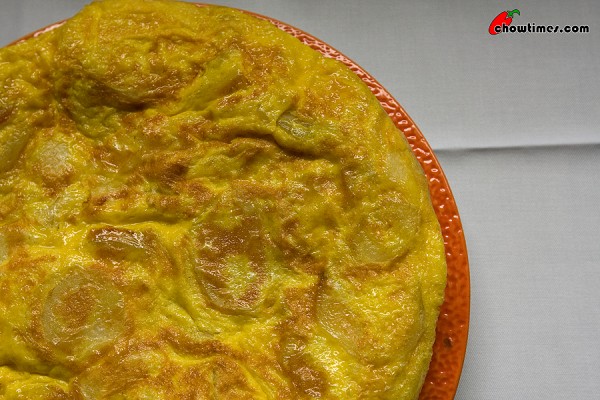