On the third day, we returned to Gyeongbokgung Palace after breakfast in the hotel.

There is a wide boulevard leading to the palace. King Sejong’s monument stood in the Gwanghwamun Square, north of Gyeongbokgung. King Sejong is best known for introducing Hangul into the Korean language.

The back view of the King Sejong monument. The seat was decorated with carving of dragons. 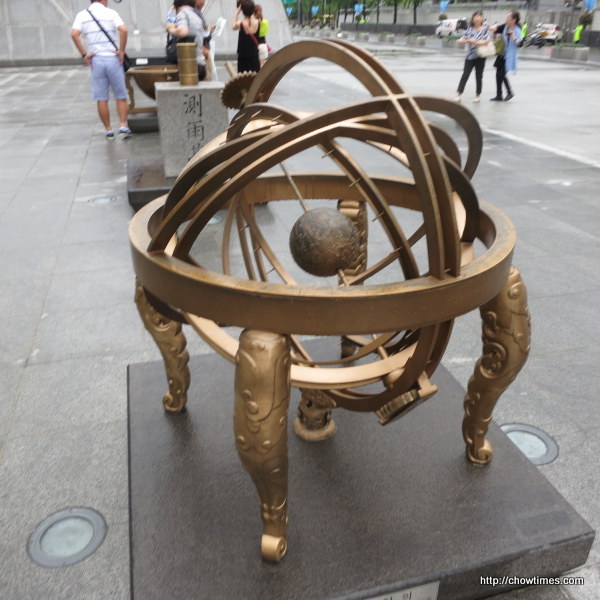 An astrology tool also found in the boulevard. 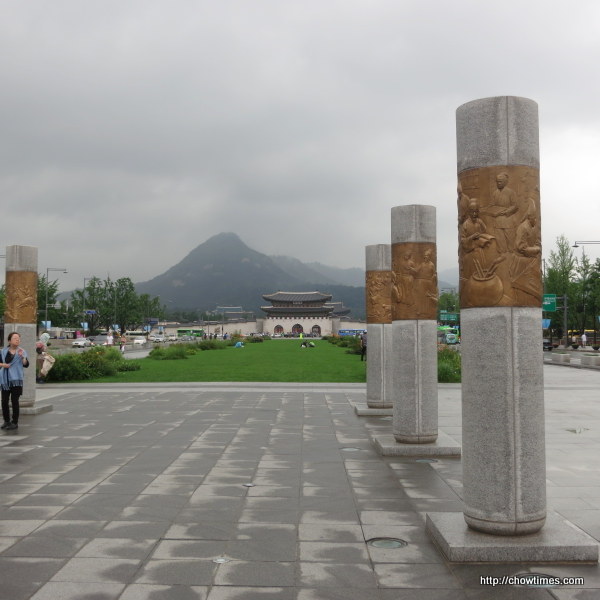 Another view towards the palace.

A closer view of the entrance to the palace from the garden in the boulevard.

Flowers that were blooming in mid summer.

The flowers were some kind of lily.

As you can see, the ground is wet. Rain was in the forecast again for the day.