We noticed this location being renovated into a vegetarian restaurant which was formerly Ellie Tropical Cuisine for a while. When we dined at the New Asia Deli in October, we could not help it but stop at the Purity Vegetarian Restaurant to look at the menu pasted on the shop front.  While we were studying the menu, one of the server came out to greet us. She was very friendly and invited us to come back to try their food knowing that we just had lunch.

What captured my attention was the their dessert menu which has cheesecake, tiramisu, etc. I decided to check out their desserts with Polly for our cake meet.

The interior is clean and neat. The wall still has the huge paintings formerly found in the Ellie Tropical Cuisine.

Polly and I were quite disappointed when told that they do not have the cheesecake on that day. We went around the strip mall to try to find another dessert place to eat but were not able to find anything suitable. We returned to the Purity Vegetarian Restaurant to try out some of their snack items. The first item we ordered was the Crispy Veggie Oyster which costs $5.95. This crispy fried croquette is quite tasty. It is served with some pickled daikon and shredded cucumber and carrots. 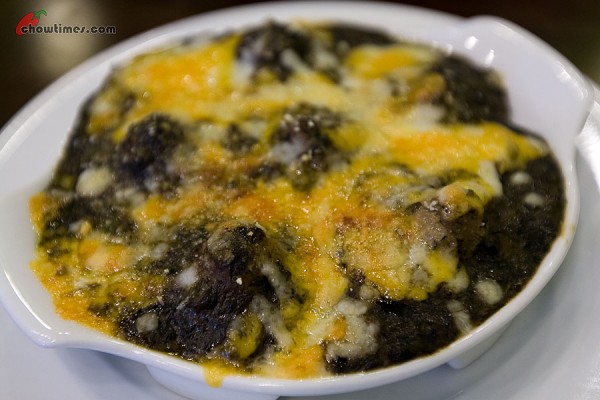 This Baked Mushroom Escargots with cheese does not look appetizing due to the colour butis actually very tasty as it has very intense mushroom flavour. There are two types of mushrooms and the sauce is also made with mushrooms. This one also $5.95. 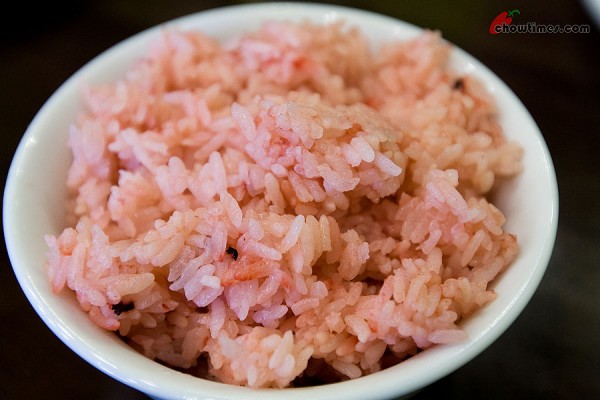 We shared a bowl of Red Yeast Rice to go with the mushroom dish. The server told us that the a healthy choice. It costs $1.50. The rice has a hint of ‘Pak Thong Koh‘ aroma in the rice, most likely caused by the yeast.

The most expensive snack item was the above Deep Fried Pineapple Shrimp Roll. Three rolls served on a bed of shredded carrots and cucumbers and pickled daikon on the side. This item costs $8.95. It is one of the server’s recommendation. 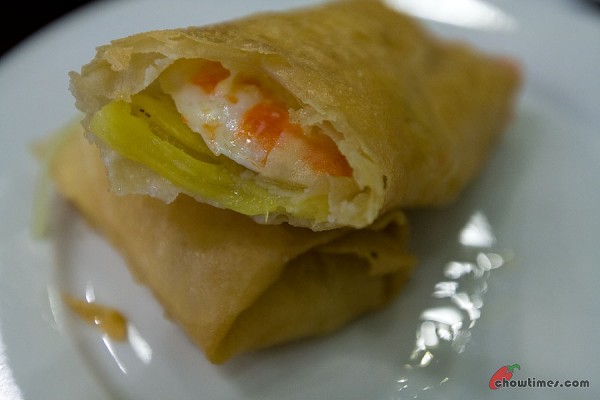 The spring roll skin is deep friend to super crisp. The vegetarian shrimp looks so real that I almost mistaken it to be the real thing. The lightly tangy mayo complements the sweet pineapple nicely. 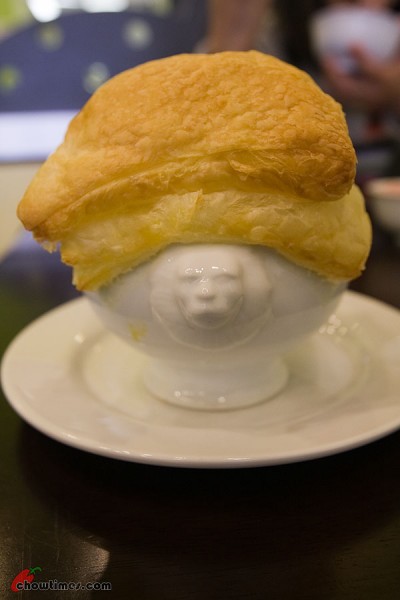 The last item we had was the Cream of Squash Soup for $4.95. We opted to add a pastry top for $1 more. Doesn’t that look pretty? We found that the soup is a bit light and runny. When the server came around to check how was the food, we told her our expectation of the soup to be more creamy and thick. The server told us that the chef change the recipe due to some customers’ request for a lighter version of soup. She told us that some of her vegetarian customers are elderly who prefer a lighter version soup. 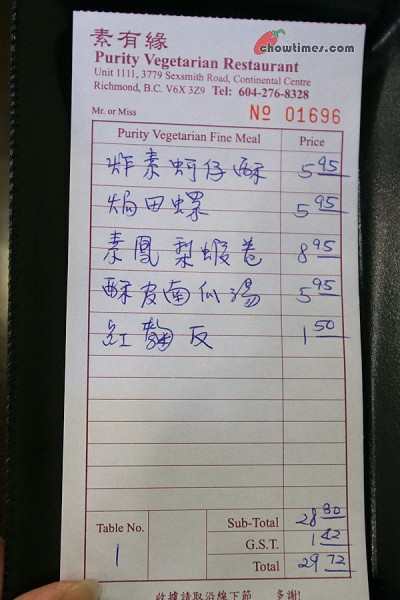 The total bill came to $30 before tax. It’s nice to try something new for a change. Having vegetarian food once in a while can have cleansing effect to our body which is used to meat. 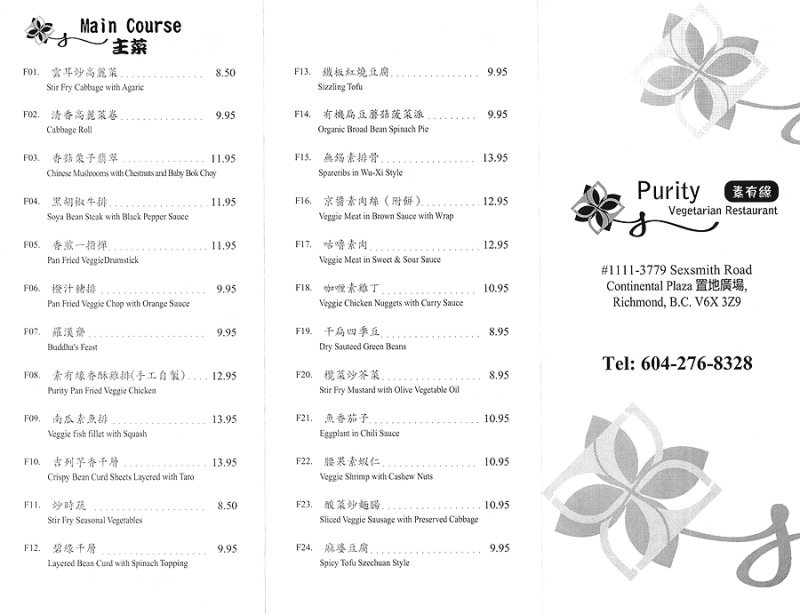 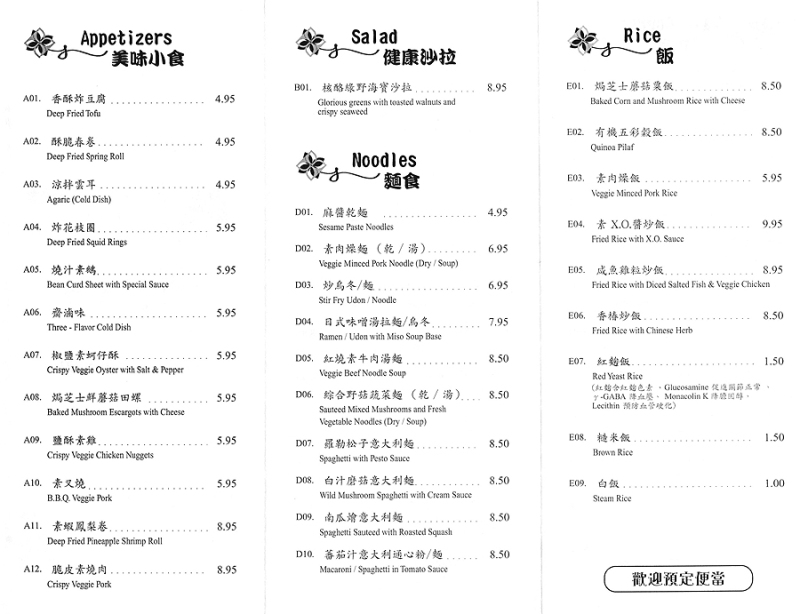 The above are the take-out menu of Purity Vegetarian Restaurant. Click on the image to have a better view.