Istanbul Topkapi is a new Turkish restaurant which located across Richmond Centre. It has opened for about 2 months. Nanzaro told me that the food smelt good while he was waiting at a bus stop right in front of the restaurant. Polly and I decided to try out this Turkish restaurant for a change instead of going out for our regular sweet treats.

Since the time we sat down, we saw numerous buses stop by the bus stop in front of the restaurant. It should be a good location for someone who wants to grab a bite but so far, I dont see many customers walk in while we were there. In fact, there are only two other customers when we were there. However, the restaurant owner told us that they are more busy at dinner time.

After we had sat down and handed the menu, we had no clue of what to order. Polly and I were curious at the name of a beverage called Ayran and we asked the restaurant owner what it is. The restaurant owner told us it’s a kind of yogurt drink and kind enough to give us a small glass to sample. It is indeed taste like yogurt and quite sour. The regular size Ayran costs $1.99.

Since Polly and I had no clue of what to order, we asked for recommendation from the owner. For the appetizer, the owner recommended a dish called Lahmacum which he described as Turkish style pizza. This dish costs $4.99.

The Turkish style pizza comes in 2 half moon slices (I think the owner knew we were sharing). The Turkish pizza is topped with some ground meat and spices. On the sides are parsley, tomatoes slices and a lemon wedge. The owner explained to us that we are supposed to top the pizza with the tomatoes and parsley and squeeze some lemon juice over it.

Then we rolled up the pizza or fold it whatever way we like and bite into it. This Turkish style pizza is really good. We love the spices on the pizza. 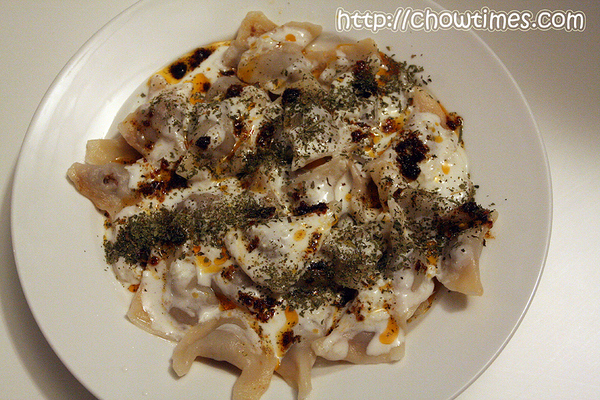 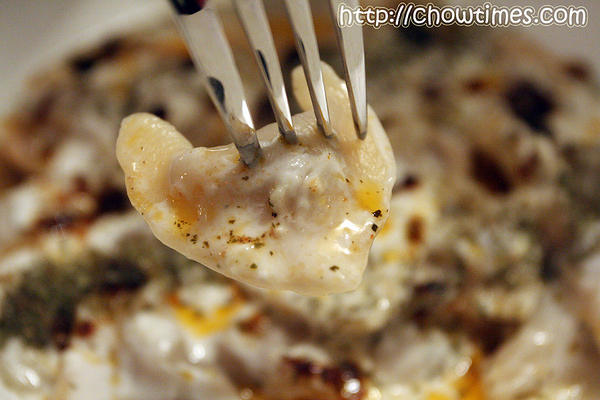 We greatly enjoyed the recommendations from the owner. He told us both the items are very popular Turkish food. I would recommend you try out this restaurant as the food is good.