We were delighted to see Bubble Waffle Cafe opening a restaurant in Ironwood Plaza.

It is located next to the Browns Socialhouse on Steveston Hwy. We came here a week after it opens for business.

We arrived about 11:30am and got a table immediately. It got busier later. 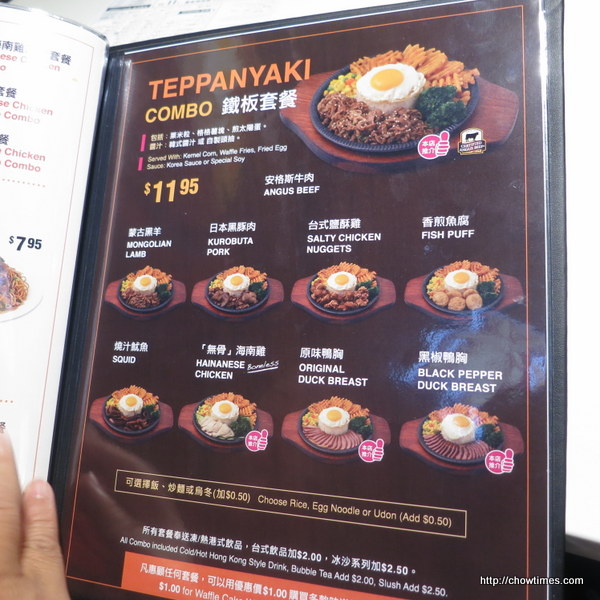 The menu is definitely larger than the locations in the food court.

Nanzaro ordered the Fish Puff with Rice. It came in a hot plate. For this Teppanyaki Combo, one gets to choose either rice or egg noodle or Udon for the carbohydrate. The sauce option is either house sauce or Korean sauce. Nanzaro opted for rice with house sauce. END_OF_DOCUMENT_TOKEN_TO_BE_REPLACED

After the walk at QE Park, Ben suggested to take the Canada Line to downtown since the day is still early.

Canada Place was buzzing with tourists as there were 2 cruise ships at the dock. 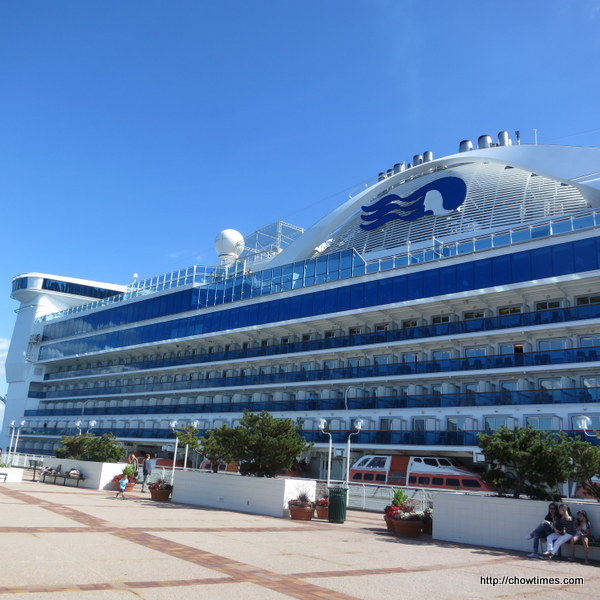 These cruise ships are huge, like an apartment block.

After exploring the downtown, we took the Canada Line back to Cambie where we parked our car.

We decided to have dinner at Corner 23 just across the King Edward station.

After the small bite at Pizza Garden, we did more walking in the vicinity area. Our goal is to walk 10,000 steps or more daily.

On the way back, Ben tempted with dessert at Estea Cafe, also at the Aberdeen Square.

I admit that I’m weak when come to dessert. I just gave in easily.

You placed your order and paid at the counter. Your order will be delivered to your table. END_OF_DOCUMENT_TOKEN_TO_BE_REPLACED

Emily, Lorna, Marian and I met up in mid December for an early Christmas dinner. We picked Maji because it’s only open for dinner.

We arrived five minutes past the opening hour at 5:30PM. We were their first customers and we had no problem getting a table.

The place was sufficiently lighted and the seating is not too tight. 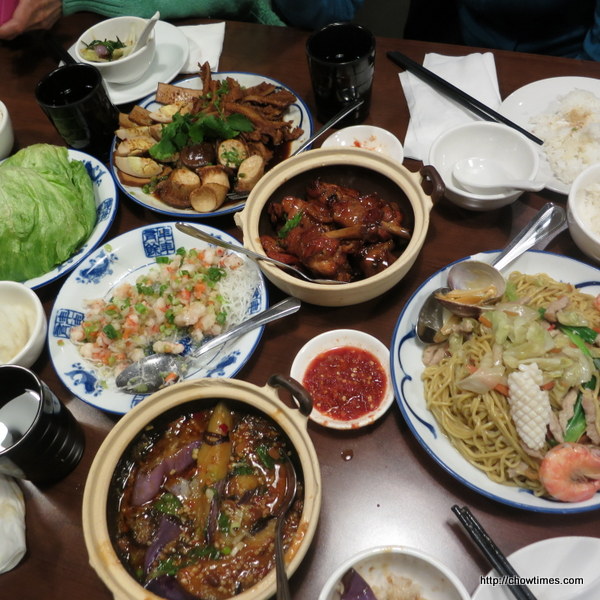 For starter, we had the Braised food Platter which is one of the more expensive dish on the menu. You picked 4 types of items from a list of 7 to 8 items. We had braised egg, tofu, beef tripe and mushroom. It was quite a big serving as we did not manage to finish it. END_OF_DOCUMENT_TOKEN_TO_BE_REPLACED

On Boxing day morning, we went out early as Nanzaro wanted to shop for his stuff.

The good thing about waking up early is to be able to watch a spectacular sun rise.

We went to Metrotown to shop. It was very crowded as the Chinese saying “people mountain people sea”. 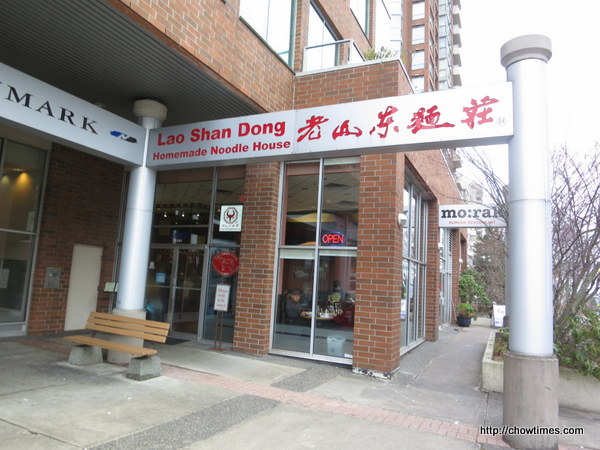 After walking for hours, we went across the street to have lunch. Initially, we wanted to go to Cattle Cafe but there was a line waiting for table. So, we changed our destination to Lao Shan Dong. It was just a short wait for a table.

Lao Shan Dong used to be a very popular place but there are many competitive restaurants in the same area now. 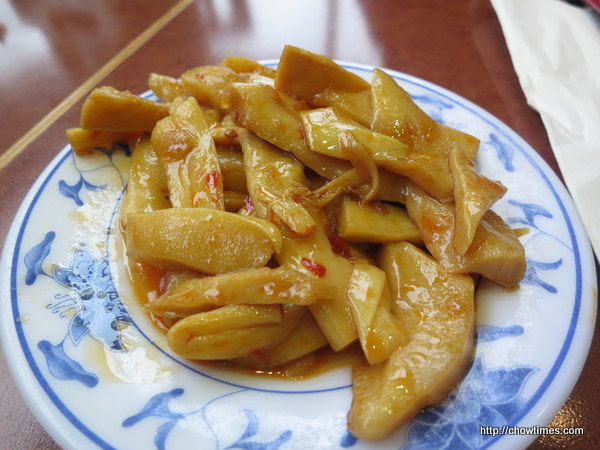 We ordered an appetizer to munch while waiting for our noodles. The spicy bamboo shoot was crunchy and mildly spicy. I like the texture. END_OF_DOCUMENT_TOKEN_TO_BE_REPLACED

After lunch at Al Basha, I suggested to go for bubble tea in the same mall.

We went to Chatime which had opened just for a couple of months. 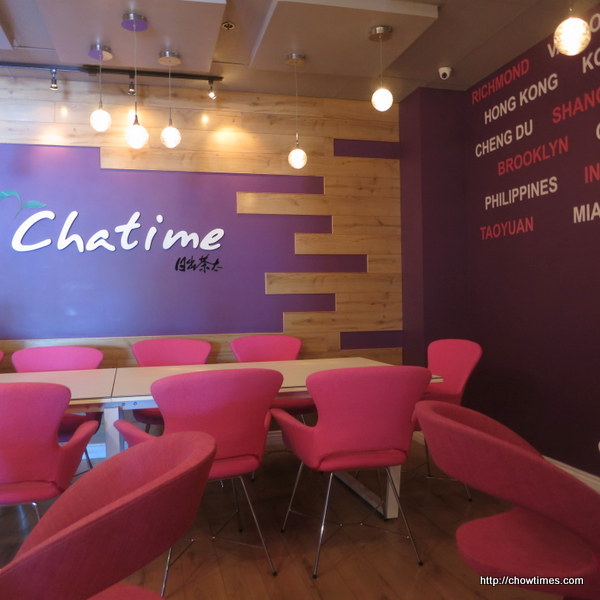 Chatime is a bubble tea franchise from Taiwan which has over 1000 stores all over the world. END_OF_DOCUMENT_TOKEN_TO_BE_REPLACED 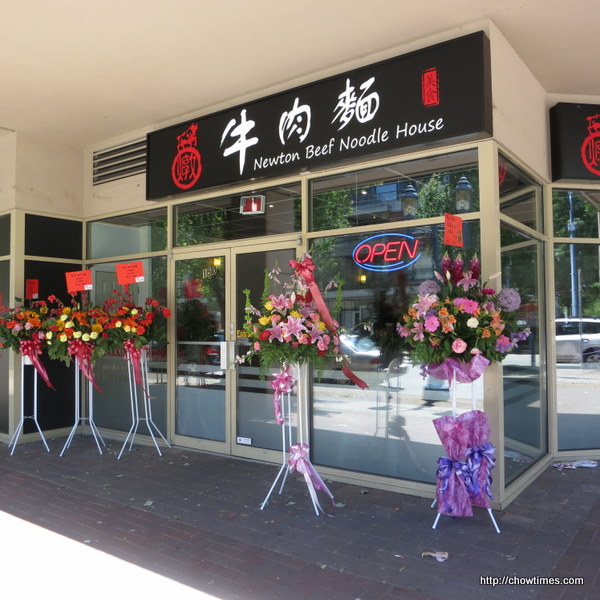 Ben and I went to this new Taiwanese restaurant on a weekend lunch.

The menu stated that it’s a temporary menu. I guess they will make changes to the menu in the future depending how business goes.

I had the House Special Beef Brisket and Tendon Noodle Soup. It came with five large pieces of tender beef brisket and tendon. I opted for the thick noodle as I like the texture of thicker noodle. It was a good bowl of noodle. END_OF_DOCUMENT_TOKEN_TO_BE_REPLACED

Lorna, Marian and I met up during Chinese New Year. Coincidentally, Emily came back from China on the same day and we managed to get her to join us last minute.

Lorna shared with me this new Taiwanese restaurant a few weeks ago. Chamonix is located in the neighbourhood where Imperial Court Beijing Cuisine, Bob’s Submarine, Cucina Manila, Shanghai House Restaurant and Sanbo Restaurant is. 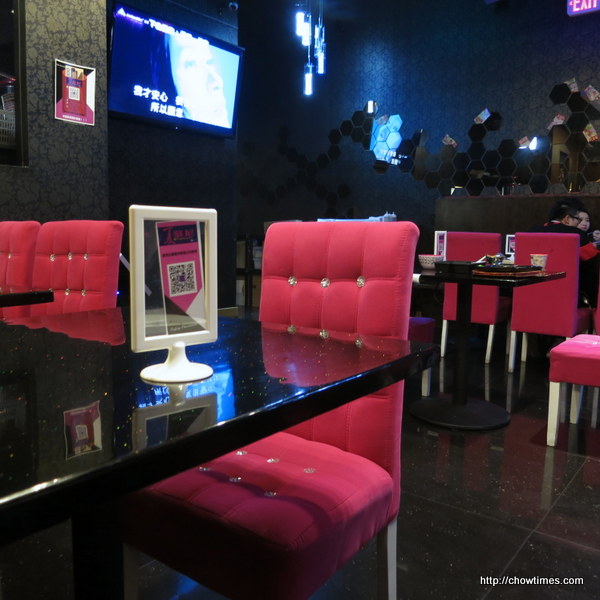 Wow, I did not expect interior decor is so glittering. Even the servers name tag lights up.

They serve with hello kitty bowls and cups. Polly, your girls will like this place.

We ordered a few items to share.  First was the above Chamonix choice of three marinated item; pig ear’s (Marian’s choice), seaweed and fried tofu. It came with some sour cabbages and instant noodles. END_OF_DOCUMENT_TOKEN_TO_BE_REPLACED

After having coffee at Tim Hortons, Ben brought me to one of his favourite lunch place at work, Ali Shan Restaurant. 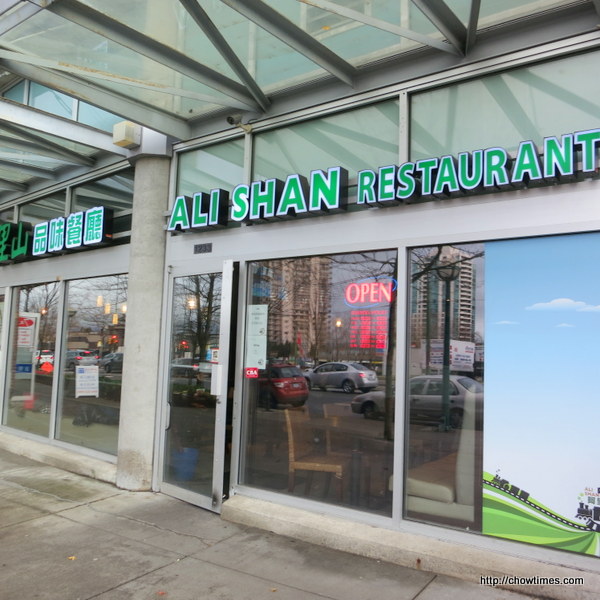 Ali Shan is busy at lunch time on a week day. 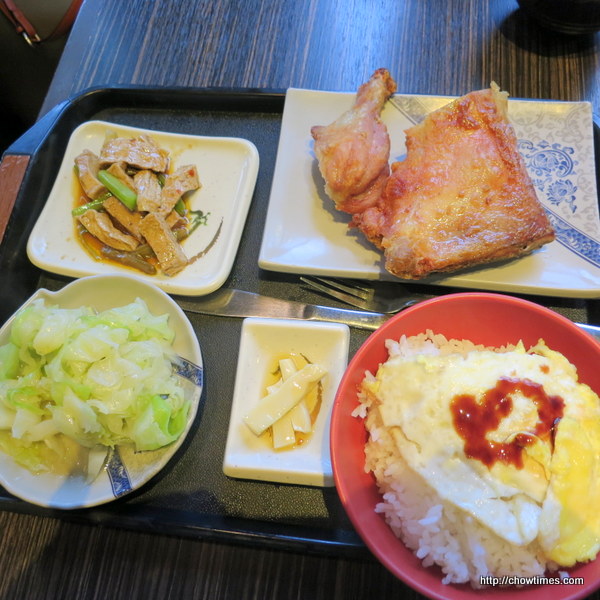 I ordered a Crispy Chicken Leg combo for $7.50. It came with rice with fried egg and some side dishes like cabbages, tofu and bamboo shoot. A very reasonable price for such a combo. END_OF_DOCUMENT_TOKEN_TO_BE_REPLACED

On BC day, Ben, Nanzaro and I went out for lunch. Again, Arkensen decided to stay home.

Originally, Ben wanted to go Max Noodle House on Alexandra Road but it was closed. Then we went to check on Shanghai Morning but it was full house and there is already people waiting for tables. So, we continue to look for a place on Alexandra Road and found a new restaurant name on the previous Estea Restaurant. The place was pretty quiet when we were there. There were only a few tables occupied. This is a big restaurant that can seats 193 at max. There is a small stage for Karaoke or performance if you look closely at the above photo. At the entrance, we noticed there are 2 or 3 small private rooms with square tables (looks like Mahjong table) in them.

Ben ordered a Mushroom/Chicken Omelete Rice. He upgraded the rice from ketchup rice to fried rice for an extra $1. It was quite a big serving. However, the sauce which came with it was starchy instead of creamy. END_OF_DOCUMENT_TOKEN_TO_BE_REPLACED